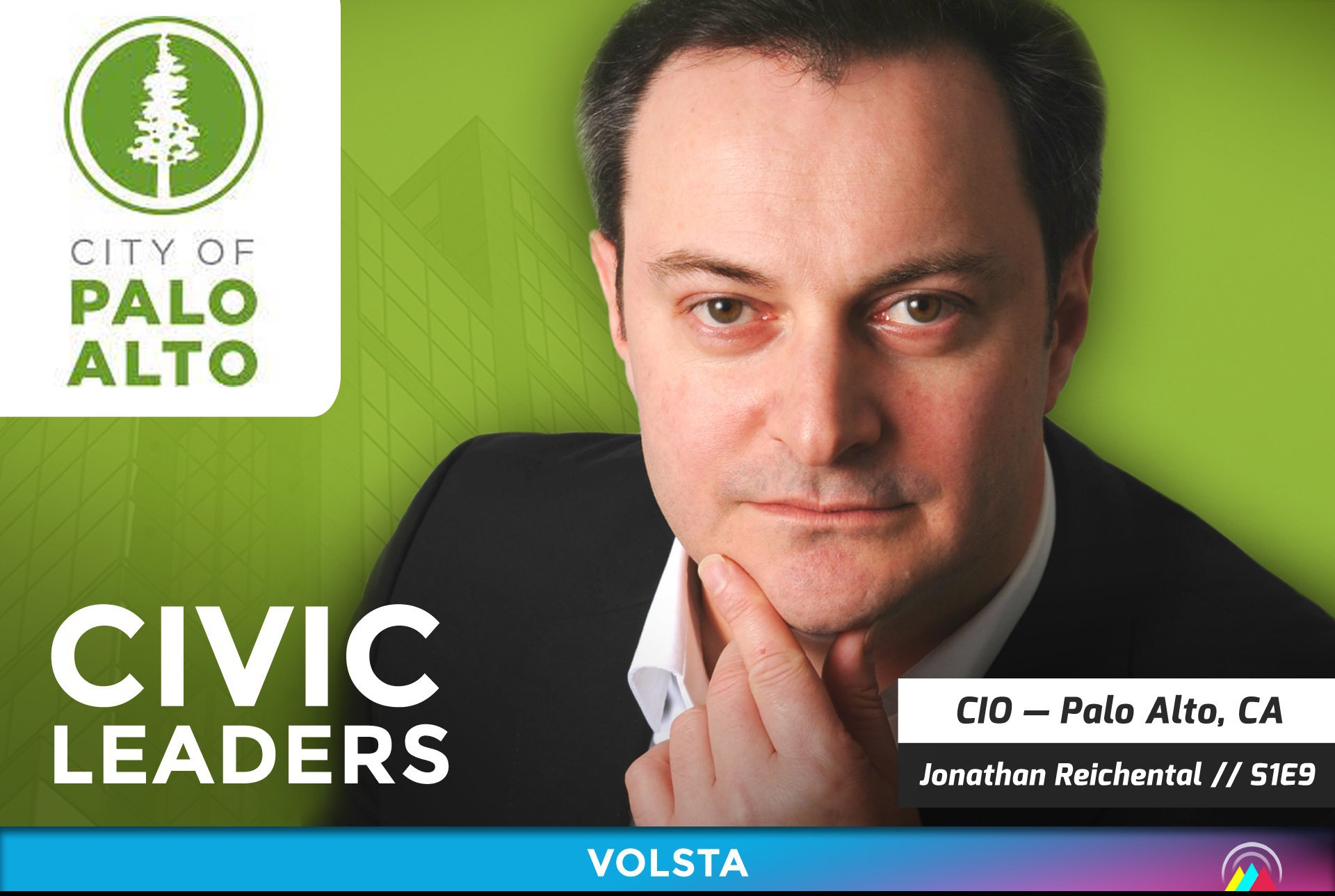 The latest Civic Leaders episode is here! Civic leaders is an exclusive local government web-interview series hosted and operated by Springbrook Software, produced by the VOLSTA Media Network, and syndicated on ELGL.org. This time they sat down with Jonathan Reichental from the City of Palo Alto, CA.

In this special “Attracting Top Talent” episode, we talk with the world-changing Jonathan Reichental. Jonathan is the CIO of Palo Alto, CA and in 2013 was selected by Government Technology as a Top 25 Dreamer, Doer and Driver; he was also selected by Forbes Magazine this month as a Top 20 Social CIO in America. Here he describes his approach to attracting talent in a fierce market and how you can beef up your own strategy.

Q & A with Jonathan

00:35 – Gut Check: Advice on setting up a recruitment strategy?
01:41 – Precedence: Incredible results–how’d you do it?
03:21 – Beyond the Process: The Civic Technology Center–show us around?
07:00 – Innovate Here: How can Hiring Managers excite prospects?
07:58 – Negotiate Right: How can community work their strengths?
09:02 – Know Your Worth: Are communities undervaluing their offer of a public career?

Can’t watch videos at work? Don’t worry we’ve got a transcript of the interview below.

GUT CHECK: Every community today faces the challenge of competing with the private sector for talent, how can Managers set course on an effective recruiting strategy?
I’m glad you’re asking this question because have a selfish desire to answer it–because we’re hiring people now…and we’ll continue to hire people…but [I] also want other agencies to think about hiring in a completely different way. We probably have the worst hiring environment in America–in terms of hiring technical people–it’s a candy shop for technologists–the best jobs are here. People have choice…[and] the sooner we realize that we’re not competing with Facebook–we’re not competing with Google–the sooner you realize that, the better. And in your particular government context and city–the sooner you realize you that you’re not trying to attract people through salary or global challenges–that’s an important thing, but you [have to] realize, what are your strengths? What are you selling to recruits?
PRECEDENCE: Your changes to the city’s recruitment strategy saw incredible, positive return–could you explain what happened?