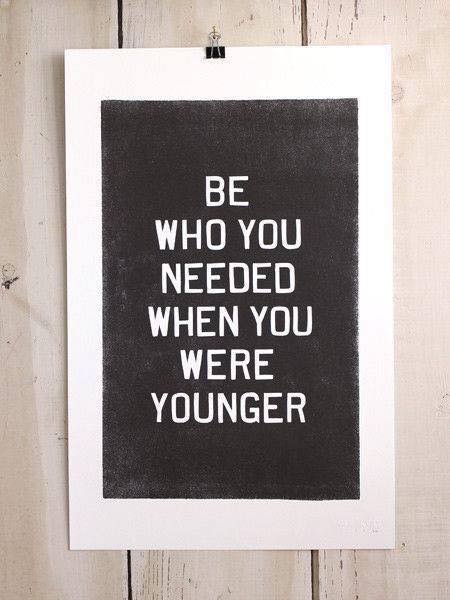 Every morning when I drop off my kids at school I remind them to “work hard! be kind!” (I could just waggle my ELGL-socked feet at them but I’m already embarrassing them enough by just breathing the same air as them, so I’m trying to cut them some slack.)

And since it’s back to school time, I want to focus today’s Morning Buzz on the idea of being kind in local government. Everyone has different ways of being kind, but here are a few approaches that I think cultivate meaningful relationships in your local government network: 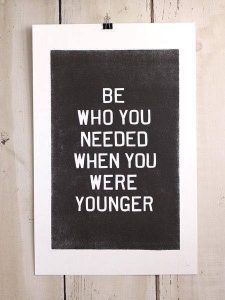 Be Who You Needed When You Were Younger

I recently came across this quote and I love it so much. I am always hesitant to use the term “coach,” because it’s so focused on a one way relationship where one person tells the other person what to do. So when people talk about a “coach” in local government, I always think about Pete Carroll.

Instead, I think this quote sums up the very best way to be a great mentor or influence in local government, especially to peers whose careers are just starting, or students who are still figuring out which path they want to take. 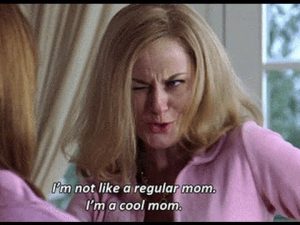 This quote is a good way of reminding yourself that it’s actually quite easy to support younger people in your organization: just reflect on what you needed and be that person.

Pound The Table For People Who Are Awesome

I love this article and quote it constantly. Here’s the best part:

Early in my career, I realized that I was up for a critical promotion and I couldn’t answer the question: Who is going to pound the table to make sure I get this big promotion? So, I asked someone to do that for me.

The article goes on to say that you can’t just waltz in and ask people to be a mentor/sponsor for you. You need to cultivate and grow the relationship over time:

The No. 1 criterion for me in terms of people I mentor is whether a person is willing to do it for somebody else. If I’m going to invest the time with you, if I am going to get up at 6 a.m. on my way to the airport and call you about an issue you might have, I have to feel comfortable that when somebody calls you at six in the morning that you’re going to do the same thing for them. I also look for someone who has courage to follow the advice. I can give you advice all day long, but at the end of the day, you’re the one that has to have the courage to take it. I’d say the third thing that I’m looking for is someone who has the ability to adapt and pivot quickly. Sometimes you might be on the wrong road, and the advice I might give you as a mentor will require an immediate shift.

Ultimately, yes, in some friendships there’s a dynamic where a person with more experience shares that with someone with less, but I don’t particularly like setting up a dynamic from the start where the learning can only go one way.

One of my favorite character traits is curiosity, and cultivating this trait makes it even easier to work well with other people (younger and older than you) because you’re constantly on the look out for things that are interesting, new, creative, and innovative.

Here’s another article I love – about an editor who’s toward the end of her career, and she’s “reverse-mentored” by someone younger to learn how to use Snapchat. Here are some key quotes from the article:

In the beginning, I felt a little awkward about reaching out to Talya at all. A part of me felt that at my age (mid-50s) it was somehow unseemly for me to ask for help, particularly from one so young. …A possible reason for my awkwardness: Baby boomers tend to have to a hierarchical view of the workplace — an “org chart” mind-set that imagines power filtering down from the top. Millennials, by contrast, may see the office as more of a horizontal network, she said.

The article details the mentoring, and concludes with the observation that when people mentor both ways, everyone benefits. We can call that mentoring, or reserve-mentoring, but it seems easier to just call it “friendship” or “kindness.”

You’re Never Too Busy To Be Kind 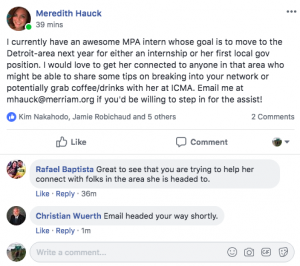 A few things to note: first, Meredith is very busy. She has a big work portfolio and probably runs from meeting to meeting all day long. Second, Meredith still took time to post onto the ELGL Facebook Group about an intern’s upcoming move to a new part of the country.

We’ve all heard the excuse “I’m too busy” when we ask for help. But what Meredith shows, is that no one is too busy to be helpful. The above post probably took her three minutes total to type out and post (maybe even less if she’s a speedy typist).

But in doing so, Meredith accomplished a few key items:

This took three minutes. No one is too busy to be kind.