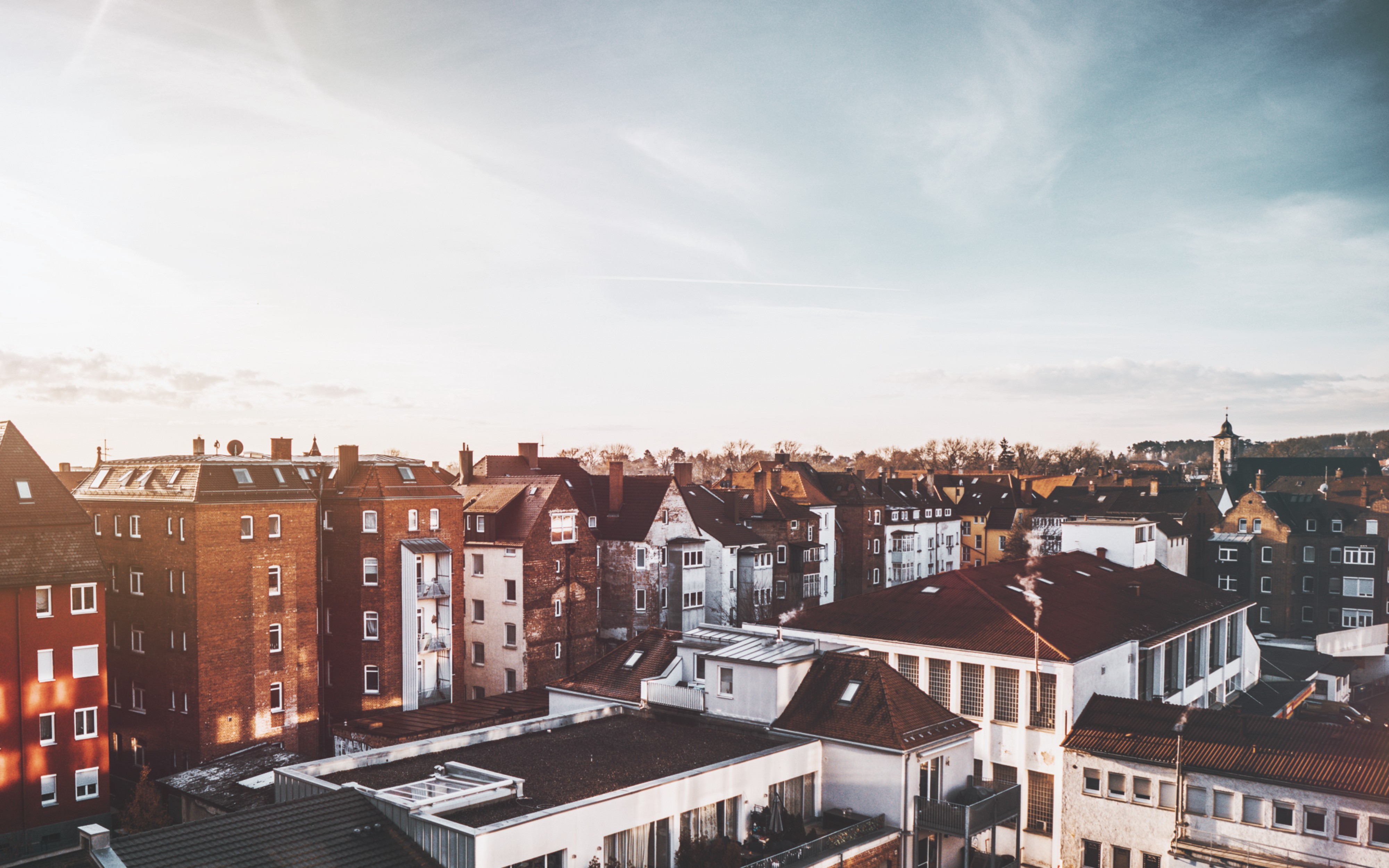 This guest blog is reprinted with permission from ELGL member John Burgoyne.

When you hear the term ‘city innovation’ in government, what do you envision? Does a major skyline creep it’s way into your imagination, with tantalizing technologies and curious creatives dancing about? Do the New Yorks and Los Angeles come to mind as the premiere examples of cities who are boldly bringing new ideas and approaches to life? Or is there a chance that the little guy, cities like Portland, ME or South Bend, IN, come to mind?

There is an assumption that big cities are best placed to innovate, given they have robust talent pools, larger budgets, and major private and social sector partners at their fingertips. This misconception fails to account for the unique advantages that small cities have when developing cultures of innovation within their government and across their communities. Despite some very real challenges, local governments in cities with under 100k residents demonstrate that small cities are well placed to innovate and to creatively involve residents in public problem solving.

Photo by Jonas Allert on Unsplash

While traditional metrics may indicate larger cities are more innovative, there is a magic we see in small cities that is worth emulating. For example, the large number of major philanthropic and private sector partners in big cities could be seen as an advantage — access to a range of funding and capabilities helps drive cutting edge innovation. However, having a crowded space of big players can come with it’s own challenges.

Someone who has a unique perspective into the different challenges between local governments in small and big cities is Santi Garces. Santi recently left his role as South Bend’s Chief Innovation Officer to serve the same position for a city three times the size, Pittsburgh, PA. Santi describes the challenges larger cities face collaborating with larger social and private sector organizations, “bigger organizations make it harder to do stuff. More time is spent navigating around bureaucracy and system constraints.”

Due to the tight knit nature of the communities in small cities, key actors have forged strong relationships across sectors that allow them to navigate complexity efficiently and effectively. Denise Reidl, who has taken over Santi’s role as South Bend’s Chief Innovation Officer, describes the benefits of building these types of relationships,

“there are more partners and assets in a larger city, but at the same time, you can get things done faster in a small city. Because it’s a smaller ecosystem that’s relationship-based, it’s faster and smoother to stand things up. It becomes much easier to gain trust. I’ve been pleasantly surprised by the pace of innovation in this city.”

This trust can be won not just between government and outside partners, but also within government agencies themselves. In larger cities with many departments, you are likely to encounter human barriers in introducing a new idea or way of working. While these still exist in small cities, Denise observed that the smaller local government team in South Bend has “healthy relationships with people at all levels, from department heads to frontline workers. There is a shared willingness to rethink how we approach problems.”

These strong relationships forge the path for ideas and lessons to spread in all directions, creating an inclusive innovation environment that enables good ideas to come from anywhere.

One of the systems behaviours that Toby Lowe and other researchers hypothesize you would expect to see in a healthy system is “open, trusting relationships” that “enable effective dialogue.” While larger cities may boast a higher number of relationships, it is the quality of relationships — something more difficult to measure — that makes those living in small cities well equipped to bring new ideas to address complex problems.

A shared vision for innovation

The presence of high-quality relationships within local government in small cities makes it much easier to define and practice a unified innovation philosophy. Because larger cities are more likely to have dedicated innovation offices with highly skilled teams, many assume they have a powerful and coherent innovation strategy. However, in reality, it is much more difficult to ensure their approach to innovation is diffused across the large number of departments, each of which brings its own values and practices. In contrast, Denise describes her experiences in South Bend, “in a smaller city, it’s easier to build a culture of innovation across departments, especially if there’s executive support.”

Lena Geraghty joined the City of Portland, ME earlier this year as the city’s first ever Director of Innovation and Performance Management. To help co-create a vision for innovation across the city, Lena took time to meet with members of all 17 city departments and better understand how they could benefit from innovation efforts. Lena reflects on the impact of these conversations, “my position has given people license to do something new.” She has since instituted bimonthly sessions, where representatives from every department join and share new techniques they are using — whether embracing a new technology, introducing a new methodology, or launching a new idea.

Long before positions like the Director of Innovation existed, leaders in small city’s local governments were coordinating efforts across departments. Kirsten Wyatt, the executive director of ELGL, the growing network of local government leaders, called out one position in particular, “Assistant City Managers are the OG Innovation Directors…ACMs have long been working cross departmentally, have the authority to implement and purchase for whole-organization initiatives, are tasked with understanding the governing board’s priorities, and also have the ability to convene multiple departments to work on solutions.”

Absent legacies of tension and fractions across a large number of departments, local governments in small cities have a blank canvas from which they can shape their approach to innovation. While this vision may be stewarded by senior leadership, it is importantly shaped and refined by actors at every level into a coherent whole. Denise describes how this plays out in South Bend, “innovation permeates across city government, with champions existing in every team.”

Photo by Matt Noble on Unsplash

A final differentiator that makes local governments in small cities well placed to innovate is their ability to meaningfully involve residents in decision making. Reflecting on his experiences in South Bend, Santi describes this ability to engage the community,

“it’s easier for a local government to identify and engage the entire universe of people who are affected by a problem in a small city.”

Some may argue that larger cities have the advantage when it comes to people. They attract more skill and talent than their smaller counterparts, giving them a big pool of smart people they can draw from to innovate. This observation overlooks the portion of people who are actively participating in public problem solving. Residents in big cities with high paid jobs may give much of their money away to far off causes, but be less likely to input into their community.

Residents in small cities, in contrast, feel a real sense of connection to their neighbors. This pattern is consistent with another behaviour you would expect to find in a healthy system, “people view themselves as part of an interconnected whole.” Denise describes the phenomenon,

“in a smaller city, there’s a sense of community I really love. It’s never a long journey to talk to the person who can help you solve the problem.”

What can we learn from local governments in small cities

Our conversations with small cities has revealed that despite not always gaining credit for their innovative work, local governments in these places are impressively adept at addressing complex problems collaboratively. While they may not fit the traditional narrative of what an “innovative” city looks like, their unique characteristics are worth celebrating and replicating in government more broadly.

At CPI, our emerging vision for the future of government is one that accounts for complexity, cultivates strong relationships, and develops feedback loops with residents to drive continuous learning. It is a government that values empathy, humility, and trust over control, efficiency, and targets.

The patterns we have observed in small cities — building lasting relationships, crafting a shared innovation philosophy, and harnessing the power of the community — are consistent with this vision.

These may be more frequent in small cities, but certainly should not be limited to them. How might central government strengthen relationships among departments? How might local governments in bigger cities better partner with those living in their city to address problems? While local governments in small cities may not have some of the more catchy tools and techniques of larger government bodies, they take a more human approach to innovation. And that’s an approach worth emulating at all levels of government.

About the Centre for Public Impact

The Centre for Public Impact is a not-for-profit founded by Boston Consulting Group. Believing that governments can and want to do better for people, we work side-by-side with governments — and all those who help them — to reimagine government, and turn ideas into action.