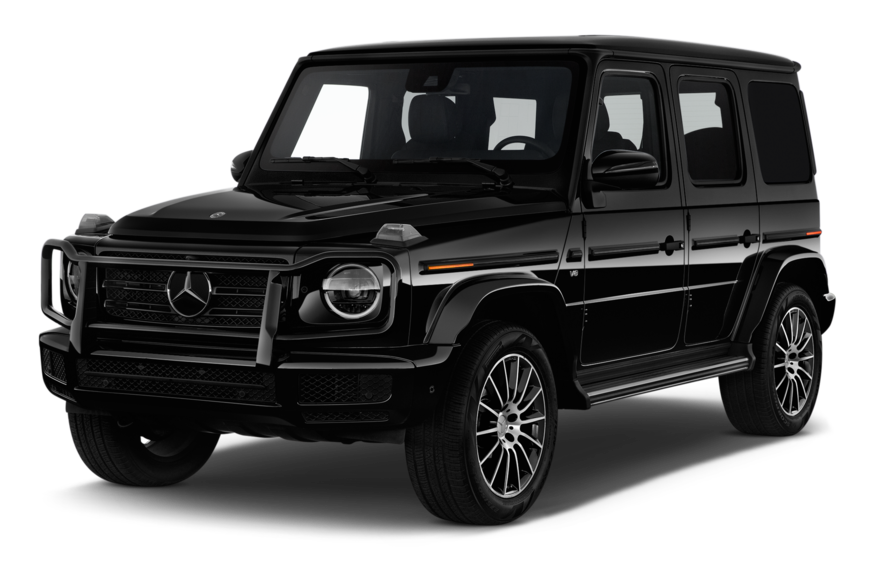 Today’s Morning Buzz is brought to you by Dr. Sarah Martin, VP of Health Solutions at mySidewalk. Connect with her on Twitter @DrSarahMarie.

What I’m Watching: We just finished Alone: The Arctic. Highly recommend if you love loneliness, survival and a combination of reality competition and wild game.

What I’m Reading: The Vanishing Half by Brit Bennett and Shut Up and Run by Robin Arzon

What I’m Listening To: A curated playlist collaboration between me, my co-workers and my family on Spotify that you are welcome to contribute to called “California Songs that Matter: (no 311 allowed)”.

Earlier this week, I almost got hit by a G-Wagon.

Of all the cars to be almost hit by, I’m glad it was this one. I envisioned the driver getting out of the vehicle and wailing over my injured body–begging me not to report him, saying something like, “I will do whatever you want.” I hold out my scarred hand for the keys, and get up and drive off.

That is not what happened. What actually happened was not as exciting. We both stopped suddenly, waved sheepishly, smiled, and went our separate ways. The driver was turning right on a green light, and I was running through the crosswalk. We had ended up in a cosmic intersection… in each other’s Blind Spots. A “double-blind-spot”–the car in my back-left periphery, me in his passenger-right view blocked by the majesty of that car. The car that could have been mine.

There are spaces we can not see that are dangerous. We can be prepared and poised, vigilant against harm. And still, those unexpected corners of darkness exist. Not knowing what we don’t know can be terrifying. When I think of Blind Spots, I get the same feeling that I do in a Planetarium. I hate the concept of outer space. I hate the feeling of being small and insignificant. I hate the idea that there are some big rocks out there in the universe that I can’t see. No matter who the narrator is of the space journey, I lay back in the dark, clutching the armrests and obsessing about my own mortality. 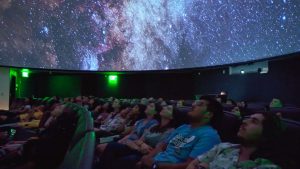 I’ve had some Blind Spots exposed recently that aren’t pretty. A VIP client recently challenged our team on a seemingly inconsequential word choice in a project. It was a word that I loved. In fact, it was a word we loved so much that we had used it in our company values. It was splashed in every sales demo slide deck and data report template. I had an emotional connection to this word that I thought was so powerful.

My first instinct when they called me on it was defensiveness. I dug into my arsenal of woke–my mind stammered: “but… but… but… I worked with the Black Panthers! I was an organizer for the ACLU! I’m actually Half-Mexican!”. (We all know that this is the over-educated non-POC version of “but my best friend is Black!”)

I huffed and rolled my eyes (internally, obviously). But a nagging feeling deep down whispered, “look at the dictionary.” So I dragged out the old Merriam-Webster (or the virtual version of it… but a big dusty book makes for a much better visual). Sure enough, the definition of the word made my eyes sting.

They were so right. SO RIGHT.

I won’t even tell you the word here, because I want to create some mystery. I’ll let you try and guess. If my high school had been the type of school to have Latin, I would have seen that the root meaning of the word was right there in my face. This word, in one fell swoop, went from sweet to bitter. Like a G-Wagon plowing through the crosswalk of my mind, my Blind Spot was laid bare.

And then there are the Blind Spots we willfully ignore. Like when you meet someone, and Google Image search them afterward and find their mugshot but keep dating them anyway. It’s the knowing deep down that something is not quite right and the rationalization in your brain that forces you to turn away. At this point, you have some choices– you can hope the knowledge goes away, or that you can repress it enough to float through life. Or, you can get your damn flashlight out, admit you knew it was there, and start seeing clearly again. Sometimes it takes a VIP client or a best friend to give you some flashlight batteries.

I am in the Tech sector now. Tech is having quite a reckoning these days. This conversation is especially salient in Government Technology, where we try to morally distance ourselves from the vilified Tech giants. We can sit perched atop our high horse and say, “we aren’t Amazon. We’re actually helping people” and go to sleep feeling justified. We can excuse our association with an industry that has alienated swaths of the workforce by resting on our missions. We may be in the business of doing good, but it doesn’t mean we aren’t a part of a more extensive, problematic system. I read a great analogy somewhere in the blur of my Twitter timeline whose source I can’t remember. The analogy went like this–white spaces are like chocolate bars, and racism is like peanuts. Maybe YOUR particular candy bar is “peanut free”, but because it was processed in a place that also processes peanuts, you definitely shouldn’t eat it if you are allergic to peanuts. (Side note. When searching for the source of this analogy, I ended up in quite the Twitter hole investigating the racist tweets of a Spanish candy company’s CEO.) I’ve been thinking a lot about how we make historically white spaces inclusive “employers of choice” that retain folks. If I were a Black woman in Tech, I would want to make sure my future colleagues did some hard equity work, and that I wouldn’t be expected to carry their explorations of privilege on my back. 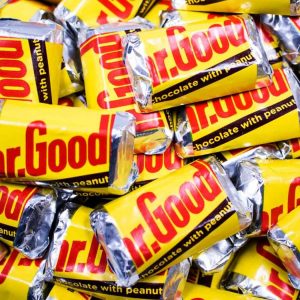 Government employment is not much different. Residency requirements are a big topic these days. Sure, many of our employees in my current city live in communities of color–but the higher up the ranks you go, the further outside the heart of the city you find them. A running joke in KCMO is:

Setup: “How do you find out where the firefighters and police officers live?”

Punchline: “Go to the city limits and take one step backward.”

I like to think thematically by Quarters. Yes, we have our budgets and strategies–but what will your guidepost be? My Q3 is all about humility–recognizing my Blind Spots, turning and confronting them, and admitting I need help to really face them and see the parts I would rather not see.

As long as we keep trying, hope isn’t lost. That, I believe. The first known use of the term Blind Spot is from the early 1800s, about the part of the eyeball attached to the optic nerve. In this special place, there are no sensors for light–so this vital connection is maintained and protected from sensitivity. Our emotional Blind Spots have the best intentions to protect us in this way, too, from the discomfort of knowledge. But what’s right for the eye isn’t always good for the heart. 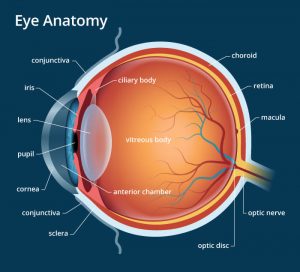 Let’s keep striving for the light, even when it hurts.

Also–look both ways before you cross the street, even if you have the green light.

PS: If you haven’t watched Blindspotting, you should.