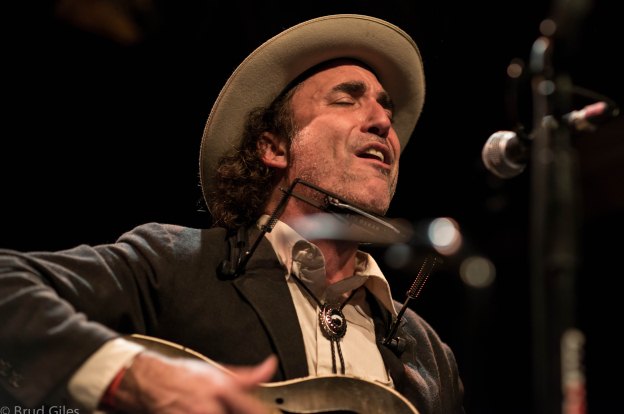 After a full day on “wonking” it out at #ELGL13, we’ll celebrate our community at a Social Hour sponsored by Johnson Controls. The social hour will be highlighted by a performance from Blues Master Joe McMurrian. Joe has performed at the Portland Blues Festival and has been described by Oregon Music News as,

“..brilliance, tension, effortless charm, dynamism, taste, character, and heart. Strong stuff. This one ain’t poured from the house well. This is the stuff they break out for the serious customer..”Joe McMurrian is one of those rare players who has developed his own idiosyncratic instrumentalist’s vocabulary. Never meaninglessly showy, but a fierce approach which is continually, assuredly asserting itself as a voice —despite uncanny reverberations of the past—like no other. That he has done this with his songwriting too is almost a bit unnerving. But perhaps in the end, it may be the vocals that penetrate the most. A strange marriage of smoky tone, restraint, exuberance, and implied weariness..”

When he was 9 Joe found his father’s steel slide guitar up in the attic and decided to start playing. His father still played a little slide and standard guitar that he used to play in the 40’s, so Joe learned the basics of various Willie Nelson, Muddy Waters and Jimmy Rogers songs. 32 years later he still likes it.

Joe is a native of the Northern California, San Joaquin Delta region. Eight years ago he relocated with his family to Portland after a ten year stay in various areas of Los Angeles where he went to art school and performed on streets and in the clubs to hone his craft. As a solo artist, McMurrian released his debut, “Rain of Days”, which was voted the #2 best independent blues release of 2006 by the International Blues Foundation of Memphis as well as reaching the #5 slot on Japan’s Tower Records chart.