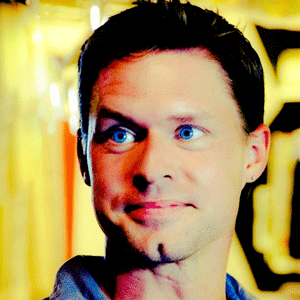 Lessons from Code for America and the International Hispanic Network Conferences

This past week I had the privilege of attending two great gatherings of diverse thought leaders in government. Despite the vastly different missions and styles of the conferences, the messages were similar and very much in line with one of the missions of ELGL: diversity is critical to transforming our communities. And respecting our differences is an important part of making us great again (double entendre intended). I want to take a few minutes to share some key takeaways from both.

The first conference I attended last week was Code for America (CfA) in Oakland. Like Oakland itself, it was diverse gathering of people from across the United States trying to code their way to a greater America. If you’re not familiar with Code for America, it is an organization of civic coders who parachute into cities and counties and solve specific “government issues” using data and open source code to create apps that can transform service delivery and transparency to our citizens. I have been fortunate to be involved with CfA since near the start and it is as much a cult of possibility and “can do” as anything I have found in government. While the conference covered many topics, here are my top takeaways:

And as Jen Pahlka, one of my personal heroes and founder of Code for America says:

“Government is here to do together that which we cannot do alone.”

That theme of expanded outreach, diversity and social equity carried me from Oakland to Austin where I had the opportunity to join and address the International Hispanic Network (IHN) conference. I was there to speak on branding yourself in a digital age, but what I also got was a great understanding of the challenges and amazing opportunities that expanding our diversity can provide. In fact, you could say that one of the themes of both CfA and IHN was to begin the end of the “Old White Guy” paradigm. While I would argue that OWG syndrome is a function of personality and mindset over actually being a problem for all old white guys, it is clear that this homogeneity and traditional thinking has created a culture at the top of many organizations that does not prize diversity and service to all, but rather a pervasive undermining of our founding principles. In essence, our lack of diversity at the top of most American government organizations encourages, intentionally or not, the suppression of those we are trying to serve.

At IHN, I learned how about the role that Machismo vs Marianismo plays in traditional Hispanic culture, and how breaking stereotypes of all kinds are so critical to creating a high functioning service delivery system to all our communities. But the key takeaways for me are:

While these thoughts swirl around my head on the day after an election that clearly divided our country in some profound and disturbing ways, I am calmed by the thought of so many amazing people working together to create a stronger dynamic for the future of our country and our communities. All for one and one for all.

These conferences made clear that our leaders need to reflect our communities and we need to demystify the truth via data and discussion so we can serve citizens and build greater places.  That we are in this together and diversity is the first step, not the last. That we can build a better future together than we can apart.

That we are all part of “Team Us” and while there is hard work to do, we are not alone. And that its time to take a deep breath, wake up to the truth of our challenges and get back to work—because our citizens deserve it.