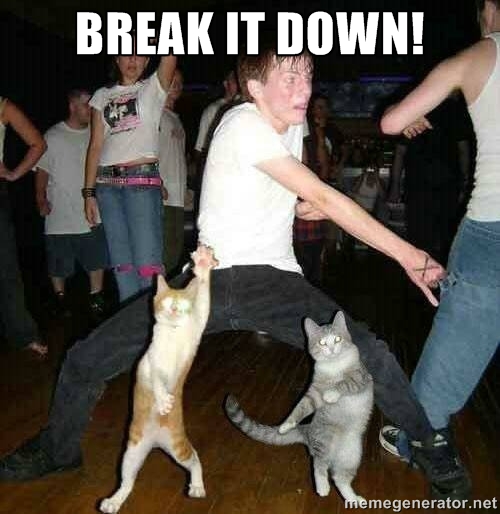 Most people begin the new year with hope and wishes.  In 2015, however, senior staff at the City of Raymore, Missouri, started the year with an intense session focused on doom and gloom.  Our resolution for the year was to get prepared for an emergency.  Not just say we would do it, or deal with it “later,” but to actually pull the emergency response plan off the shelf and spend some time getting up close and personal with it.

One cold Midwest morning in January, our team met to make a list of our worst fears – a nightmare brainstorm.  An hour – and a full whiteboard – later, every department head had shared what keeps them up at night.  The list was wide-ranging.  From your usual weather-related scenarios to active shooter and riot situations, employee misconduct, equipment failure, and even the realization that through an incredible feat of value engineering, our file room had a water-based fire suppression system.

They say the first step is to face your fears, but seeing the full list of things that could go wrong (and knowing there was a long list of things we hadn’t even imagined yet), was daunting to say the least.  Being from the Midwest, we deal with our fair share of emergency situations such as tornadoes, snow storms, flash floods, etc., but this list showed that when it comes to preparing for non-weather related emergencies, we had a long way to go.

Following our nightmare brainstorm, the team decided that over the next year we would devote a series of our regular weekly management team meetings to preparing for and diving deep into some of the scenarios we listed.

By the end of 2015, we had conducted six group, table-top training sessions and a grand finale (stay tuned).

The first two training sessions focused on establishing basic skills. First, our Emergency Management Coordinator took the team through the City’s Emergency Response Plan and followed up with one-on-one meetings with each department to discuss their specific roles and responsibilities.  He also provided “cheat sheets” for each member of the team to help provide guidance on the exact duties they would be responsible for in the event of an emergency.

Next, I took the team through a basic media training.  In late 2014, our police chief and I attended a wonderful training – “Crisis Communications and Media Response Training for Today’s Leaders” by Dick Brundage with the Center for Advanced Media Studies.  As part of this training, Dick suggested taking your team through a “Crisis Management Audit,” which is what initially sparked our idea for this year-long training opportunity.  We discussed who speaks on behalf of the City (reminder: just because you aren’t the “official” spokesperson, doesn’t mean people aren’t watching and listening), practiced how to craft a sound bite, and reviewed other essentials related both to what to say, and more importantly, how to say it.  Dick’s main takeaway is that when you give an interview – especially one on camera – people won’t remember your name or what you said, but they will remember your organization and if they liked you.  It’s all of our jobs to make sure – especially during an emergency – that we are human, we show compassion, and most importantly, that our integrity is never questioned.

Once we had the basics down, we started tackling the actual nightmares.  We chose three scenarios to work through – tornado, cyber attack, and snowstorm (this meeting also served as a great kick off to winter weather season).  During each nightmare session, the group was presented with a mock scenario and spent time discussing:

An interesting outcome of these conversations was that we quickly discovered some departments didn’t see themselves as part of the City’s emergency response plan.  It’s easy to delegate those duties to Public Safety and Public Works.  By working through realistic and specific scenarios instead of addressing emergency management in general terms, we were able to help each department identify what their role would be and how they would need to be prepared to respond, even if that simply meant being available to assist and support another department who would be on the front lines.

This is [Not] a Drill

By the end of 2015, the planning team decided that it was time to take the training out the conference room and see how the group would do in a “real life” situation.  So we scheduled “team building” on a Saturday (some might argue this is a nightmare in and of itself).  The real purpose of the training was kept secret from the group so that we could simulate a true emergency operation center activation.  Thirty minutes before the training began, we sent members of the team the official notification that the EOC was being activated and ordered them to report to work – just as it would happen in a real emergency.  The team spent the next two hours learning the layout of the EOC, understanding what would be required to officially track an emergency, and practicing their designated duties.

After identifying, practicing, and then executing, I can confidently say that our team is significantly more prepared to face an emergency than we were this time last year – although, even we still have a long way to go.

As I reflect on the year and this exercise, some key lessons stand out: