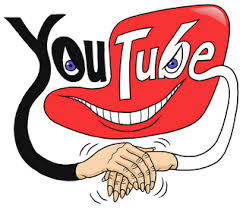 I was pleased to see that last month’s column about how to respond to snarky comments on social media generated some nice discussion on LinkedIn and Twitter. I also sent the column to my boss, the Oak Park Communications Director David Powers. As you can see from this pic, Oak Park’s staff offices lack a ceiling – in practice, this means that Dave and I do most of our communicating by hollering at each other over our shared wall all day long.

Anyway, shortly after I emailed him a link to last month’s column, a shout drifted over the wall between our offices. “Are you just making this stuff up or what?”

It’s a fair question. The most mature social media sites have been around for about a decade. It stands to reason that even the most savvy digital marketers probably haven’t been using these tools for more than seven or eight years. Personally, I’m old enough to have registered for my Facebook account with my mizzou.edu email address, back when it was students-only and you couldn’t see photos of people from other campuses unless they were in your network. Ah, the glory days.

So as I reflected on Dave’s question – am I just making this stuff up? – I concluded that yeah, we all are. We’re basically riding the wave, hoping that we don’t fall off and keeping our eye on the horizon for the next breaker. This is all to say that you should take my advice with a grain of salt!

YouTube is a great resource for local governments, and this month I’m going to look at two different ways of using this popular video sharing site. Both are perfectly valid and can result in meaningful engagement with the tech-savvy residents in your town. What they have in common, though, is good content, which is the foundation of any good social media strategy. Simply put: if you don’t have good ideas for videos, you won’t have much success with YouTube.

My research took me to Bend, Oregon, a city of about 76,000 people that anchors a much larger metro area in central Oregon. Bend’s YouTube page is filled to the brim with engaging, informative programming from the Communications Division. Recent videos include coverage of capital improvement projects, economic development, public safety and partner agencies – much of it filmed outside against a rather gorgeous backdrop of trees and mountains.

Justin Finestone, Bend’s Communications Director, told me that the city had just began posting its videos to YouTube when he arrived in Bend about six years ago. He chooses the subject matter for each video, which is just great. A good channel functions best when the person in charge can focus on content and messaging without worrying about internal or external politics.

“I actively solicit departments for their ideas because I’m not always aware of some of the great stuff they’re doing,” Justin said.

The City of Bend uses contract video producers for each segment and has an annual budget of about $40,000.

Here in Oak Park we have VOP-TV, our government programming TV station run by TV Manager Joe Kreml. With a population of 52,000, Oak Park is smaller than Bend and is just one small part of the larger Chicago metro area. Joe does all the videography and on-location shooting in Oak Park, sometimes with yours truly serving as production assistant. We lack the epic mountains and forests of metro Bend, but we make up for it with historic architecture and leafy neighborhoods. Nonetheless, if this were Hollywood we’d definitely be classified as a “boutique shop.”

Compared to Bend’s YouTube channel, Joe takes a slightly different tack. Most of his videos are short, punchy affairs produced primarily for YouTube’s low-attention-span viewership. These same videos work great as short spots on our municipal TV channel. A recent example is our series “You Really Should Eat This,” focusing on local dining in Oak Park. These are tightly edited videos hosted by a local food blogger that showcase a particular dish at an Oak Park restaurant. They’re produced with YouTube in mind, but they look great on TV as well.

What do Oak Park and Bend’s YouTube channels have in common? Answer: professional scripting and production, every step of the way. YouTube may be best known for grainy cell phone footage of belly flops and dancing cats, but local government programming demands a professional touch. (That’s not to say we can’t have fun with the format – check out Joe’s “Shaft”-inspired music video about Frank Lloyd Wright.)

If you’re looking to get started with YouTube, do yourself a favor and start by hiring or contracting with a professional video producer. Then, don’t be afraid to offer some direction out of the gate. You’re dealing with professionals; they’ll likely appreciate a clear idea of what you’re after. Do you want televised board meetings, talking heads, a folksy call-in show, “viral” videos of your business districts, man on the street interviews, or something completely unrelated? YouTube can handle it all.

It’s OK to be Pushy

A local gov video on YouTube can only go so far if it doesn’t contain silly stunts or cute pets. It’s up to your social media team to push out the finished product. Start by tagging any relevant agencies that appear in the video. Whenever we produce a new episode for “You Really Should Eat This,” I always go post the finished video onto the restaurant’s Facebook page and then send an email urging them to re-share the link with their followers. Same with Twitter – find the relevant account, then tag it in your tweet.

It’s perfectly OK to post about the same video multiple times in a given week. Try posting in the morning, afternoon and evening – you might find that you’re reaching a different audience each time. Don’t assume that just because it was on Facebook last week that the video has run its course on social media. There’s always a new audience waiting to view your organization’s latest masterpiece!

A good way to drive engagement and encourage people to re-share your video link is to include a question. For our foodie series, I might ask for recommendations on the next restaurant to visit. For a video about a new dog park, I might ask people about their favorite pets.

YouTube takes a little more expertise and technical know-how than most social media outlets, but luckily many local gov organizations already have a videographer or telecommunications person on staff. Leverage these existing resources and be sure to ask questions when you’re in the room with the people who will actually be producing these videos. Focus on getting your content right – if you’ve got good content to show off, everything else will follow.