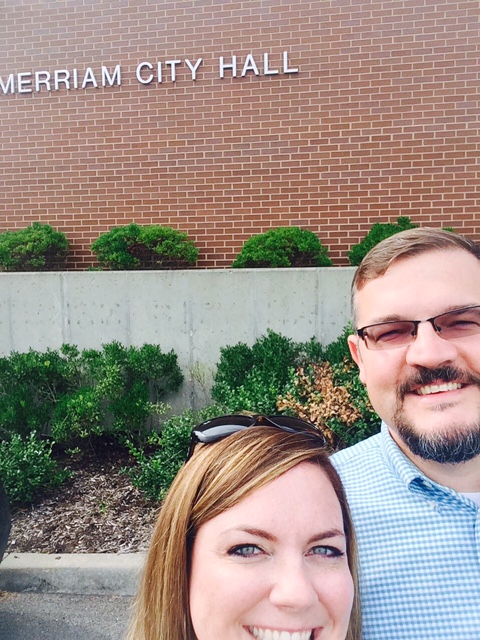 Today’s guest post is by reining #CityHallSelfie day champion Meredith Hauck, the Assistant City Administrator in Merriam, Kansas. In 2017, she received the coveted award for “Most #CityHallSelfies In One Day.”

I’m well regarded by my friends as the ultimate selfie taker (just ask Shelby Teufel).  The best piece of advice I can give – angle is everything.  The higher, the better, and bonus points for creative cropping.

Although I hesitate to share my secrets since I will be actively defending my “Most Selfies in One Day” title on August 15, I do have a few tips for how to have a strong showing of your own on #cityhallselfie Day.

Although I am taking this show on the road on August 15, I will caution you that the City of Merriam has been planning for months and is ready to compete in a number of other categories on the big day.  I love the conversation this started in our organization about fun ways we can engage with each other and our community to show our Merriam love, and look forward to adding a trophy (or two) to the shelf in 2017!

Kansas City Star Article: “It’s #CityHallSelfie day, so you can officially have fun with that”