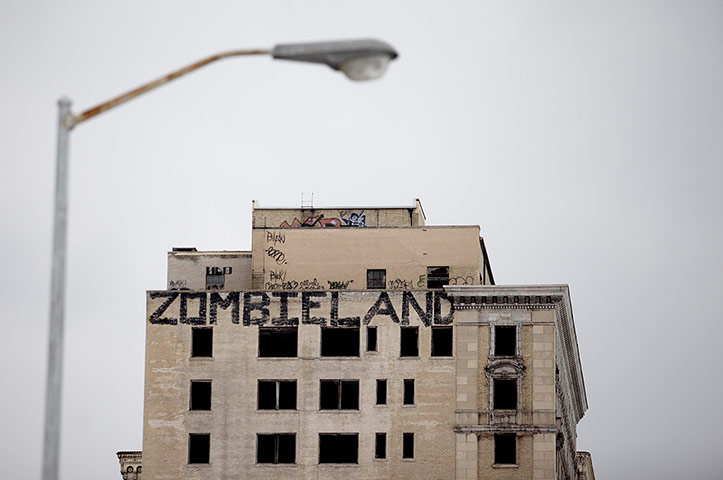 As part of our ongoing effort to provide more California-related content, Julie Underwood, Daly City assistant city manager, leads us on a myth-busting tour of local government in California.

Every time I think of California, 2Pac’s song, California Love, starts playing in my head. It has always been on my places to live list, offering many beautiful and exciting sites such as Yosemite, Disneyland, wine country, and Hollywood. California is the most populous state, 38 million people, and the third largest by area. And consequently, it has the largest economy, even outpacing countries such as Brazil.

I’ve now been in California for over a year and working at Daly City for about nine months. Previously I worked in the state of Washington and Maryland. Before moving here, I heard all kinds of interesting things about California. This article talks about some of those “myths” and some of the “marvels” or unique characteristics of the Golden State. My disclaimer – these are my personal observations and generalizations – I will not be offended if you take them with a grain of salt.

It’s interesting how certain opinions, or “myths,” get started and then perpetuated. The one that I’ve heard most often is that it’s hard to transition to California local government if you’re from out of state.  While it’s true that California has produced some outstanding public servants, it has imported a lot of them too!

I believe that most local governments have a preference for candidates who live within their own state. In fact, I seem to recall when the Shoreline, WA City Council conducted a national search for a new city manager, they ended up narrowing the list of candidates down to those living within the state. It’s natural for a community to believe their issues and challenges are unique to them. I’ve found that the laws, the organizational challenges, and budget and financial issues are generally common among local governments. There is parochialism, no matter what state you live in.

I have had such a great experience transitioning to California. When I reached out to local area colleagues, even those that I personally didn’t know, they offered their time to meet for coffee or lunch. I even had an assistant city manager, who worked for a nearby community, invite me to happy hour so that she could introduce me to other colleagues. Likewise, I had a great one-on-one meeting with ICMA’s Senior Advisor and knew that I could call on him if needed. Overall, I felt there was a strong community of managers and assistants who were welcoming, encouraging, and very supportive.

When I was an intern over 15 years ago, I would hear stories about California’s high housing costs. And as a result, City Councils had to do all sorts of things to attract the best talent including housing allowances or zero interest loans. Well, unfortunately, this is not a myth. High housing costs continue to be an issue for the state. In fact, according to Trulia, eight of the 10 most overvalued housing markets are in California cities.

Generally speaking, if a City Council has a strong desire to have the city manager live in their community, they’re more likely to offer a housing allowance, loan, or some other way to bridge the high cost of housing. When I was coming up in the field, it was strongly encouraged that you live in your community. Today I believe this is becoming more difficult to require (some states outlaw this requirement and rather it’s part of the hiring negotiations).

Many managers have working partners and so working close to their partner’s employment is just as important. Some managers, who already live and work in a metropolitan area, may find themselves going to another nearby city, and relocating and moving several miles just isn’t practical. What we’re seeing more of is that Councils are not requiring managers to live in their community and many managers don’t.

High housing costs are not part of every community in California. Remember, California is a big state. In Northern California, housing in the Central Valley, areas near Sacramento, and northern counties are fairly reasonable. So depending on where in the state you’re considering, housing costs may not be as much of an issue.

Salaries match the affordability of the area, and positions in high cost of living areas command a higher salary and/or benefits package. For instance, my position as assistant city manager earns a higher salary than my former position as city manager in the Seattle, WA region. That being said, while my husband and I earn a good living, we cannot afford to buy the house that we’re renting, not when factoring in raising three kids, saving for college and retirement, and paying for living expenses. While I’m sure we could buy a home in the greater Bay Area, we’ve chosen to live closer to high-tech employment and where there are highly ranked public schools. At this point in our lives, owning a home isn’t as important to us as these other considerations. We recognize that we’re making a trade-off.

An IOU As a Pay Check?

When I lived in the state of Washington, I would often hear about the huge unfunded liabilities in California, especially as they pertained to the Public Employees’ Retirement System (PERS). Likewise, news of bankrupt California cities seemed to be prolific. And the infamous Prop 13 established by voters in 1978 that limited property tax increases have definitely impacted how communities are able to respond to growing demands for services (many states have similar laws that restrict how taxes can be increased).

While all of these things may paint a gloomy financial picture, most cities are not going to go bankrupt. Many cities have operating reserves and have done long-range financial projections and planning to address their structural deficits and unfunded liabilities.

With the improving economy, some cities are even able to provide cost of living adjustments or restore some of the benefits that were suspended during the recession. Nevertheless, some cities continue to struggle with aligning service levels with  sustaining a funding strategy.

Unfortunately, with some communities, alternatives to addressing the financial problem are truly limited. It’s a simple math problem; the budget is either balanced or not. Yet, all of the possible alternatives and solutions are complex and problematic. That being said, many managers that I’ve spoken with are up for the challenge and are confident that their communities will weather this storm, as they did when Prop 13 passed over 35 years ago.

Since coming to the Bay Area, I have been so impressed with the resources available to prepare the next generation of managers and leaders. For example, Daly City is part of a training and professional development consortium that includes San Mateo County and several cities and agencies, and it offers leadership and supervisory academies to their workforces.

Certainly partnerships and collaborative sharing is not new or unique to California. However, I am enthralled with the openness and willingness of cities and counties to come together to solve problems. My past experience has skewed my view of city-county partnerships. However, in California, I do get a sense that there is a real earnest desire to form and maintain true collaborative partnerships among counties, cities, and districts.

As an example, in Daly City, approximately a dozen years ago, several neighboring cities came together to form the North County Fire Authority. This partnership reduced administrative costs and overhead. In another example, as already mentioned, a group of agencies came together to form the Regional Training and Development Consortium, which includes a partnership of 15 public agencies within San Mateo County. The Consortium efficiently provides training and development programs, while improving the quality and variety of programs available.

In the past, I’ve seen very good leaders become discouraged with the idea of forming a “partnership,” for lots of reasons. However, as resources are increasingly squeezed, regional collaboration will continue to grow in its importance and viability. I believe that California will lead the way in making these arrangements successful and sustainable.

There’s Jobs in Them Thar Hills?

There are so many job opportunities in California! With more Boomers set to retire within the next three to five years, we’ll see more and more openings across organizations. This will result in a shrinking field of qualified candidates. I’ve heard from Boomers and recruiters alike that back in the 70s and 80s when the then younger Boomers were applying for city manager/director positions there would be over 100 qualified candidates; today that pool has shrunk to half.

It’s a good and bad thing when less people compete depending upon the seat you’re sitting in. If you’re the one competing for that new job then it’s good news. However, if you’re the one hiring, it’s bad news. This becomes a matter of perspective. Are we going to lament and complain about it or are we going to do something about it? California has chosen to do something about it!

California is full of opportunity and the potential for professional growth is limitless. Being mid-career, I can’t think of a better place to learn more about my profession and to network with colleagues.

In the short amount of time that I’ve lived here, despite its challenges, I do see why so many people call California home. It has a comfortable climate, diverse and talented population, beautiful natural resources, and opportunities of all kind. While I don’t have a crystal ball and can’t tell you if I’ll be retiring here, I do know that it’s a great place to live and work, right here, right now.