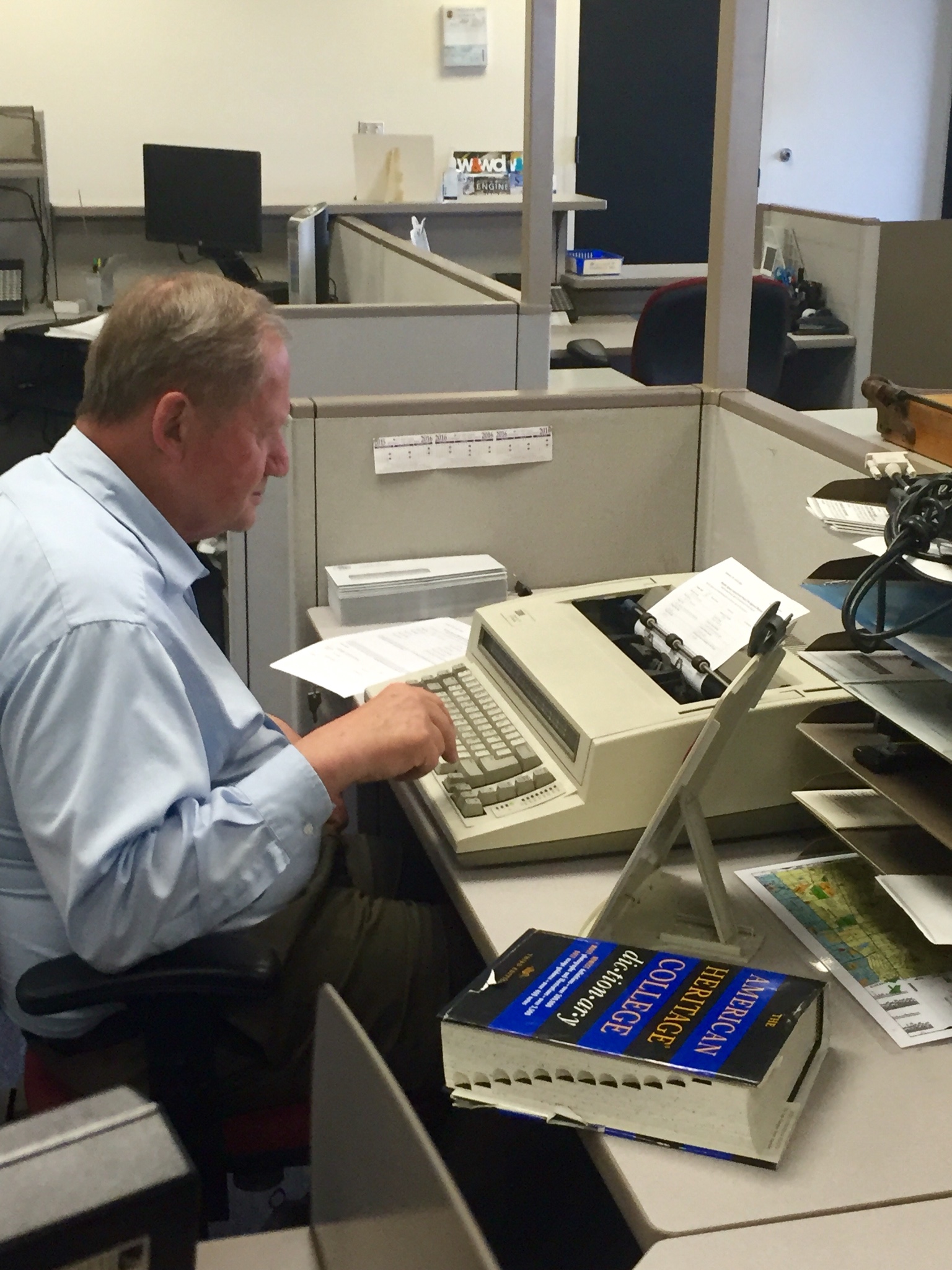 When I interviewed for a position with City’s Public Works Department I was certain of two things, (1)  I would primarily be working in the “other duties” category of the Analyst position, and (2) Chuck was clearly on his way out. Eighteen months later I can confidently say I was right about number 1.

I met Chuck after my second interview and was told I would be shadowing him to better understand water operations. My first impressions of him were pretty spot-on; he’s one of the sweetest guys I’ve met and he’s passionate about his work.

We sat down in a large, mostly empty, conference room and exchanged pleasantries.  Our introduction predictably resembled something you would read in a Forbes “Top 10 Things to Ask in an Interview” article, but then I asked him about water. Chuck has been with the City of Torrance for over forty years and all forty of those years have been in Torrance Water.  Chuck knows water. We talked about water policy, water regulations, water conservation, water demands, the taste of water, and the damn water cycle. I accepted the job.

The generational gap in the department was stark. It was a testament to the stability of the City and the commitment of the people who worked there. The Pokemon GO craze was in full swing that summer. I found myself holding informal briefings so the parents and grandparents in the department would understand why their kids were phone-obsessed Pokemon-zombies. Google Suite, Dropbox, Slack, Snapchat, Vine (RIP) were applications known but largely unseen by many in the office. My ability to troubleshoot errors (read: Google stuff) in Microsoft Office led to being the “go-to tech guy.” Microsoft Office was released in 1990. I was working with Word Art in kindergarten and making full-blown animated PowerPoint slides by fourth grade; most of my colleagues were working well before the advent of Microsoft Office. Chuck is surprisingly adept in Microsoft Office and has shown me features I didn’t know existed or needed in graduate school. I found he’s incredibly open and curious about all tech but has resisted getting on Insta. Chuck tends to stick to more… classic tools.

State reporting is common in water and so is hard-copy wet-ink report submission. We received a form from the State that needed to be submitted as soon as possible and I thought, “Sure! I have all the info I need, it’ll be quick work.” Simple process to fill it out legibly: scan, save, import to Adobe, recognize PDF text, fill-in using text boxes, save, print, sign, scan, save. Chuck had also received a copy of the letter. While I fidgeted with the scanner settings, Chuck had pulled out an ancient machine and had already started the report. Chuck completed the report and I took a picture for posterity.

I dread the day Chuck announces his retirement.

Joey Garcia is an Analyst for the City of Torrance Public Works Department. He occasionally tweets.[/vc_column_text][/vc_column][/vc_row]