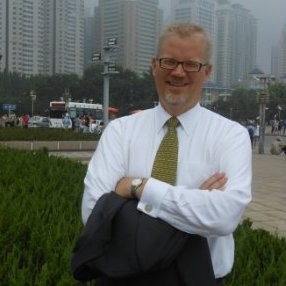 This post is by ELGL member Clay Pearson, in response to this Governing blog about Pueblo, Colorado’s form of government.

Really? Advocating a form of government so there’s one person supposed to answer the phone for a developer inquiry? Seems certain to break down at the first sign of delegation from the all-knowing singular boss.

Ehrenhalt’s recurring, tired call during his Governing tenure—advocating a strongman for American cities to be “in charge”—reeks of a yearning for a hero. Even Captain America is part of a team, the Avengers.

An elected mayor with a good governing body whose members all participate and have a voice allows for differing perspectives and diverse priorities, not just window-dressing while ”in charge of their ward fiefdoms” on behalf of the mayor, as in Chicago.

The elected team working with a professional city management team that is recommending strategies and innovating/modernizing the organization, that’s what gets things done.

More substantively, the track record for cities and examples with strong mayors is frankly much less inspiring than Ehrenhalt lets on.

I was in Detroit area when Kwame Kilpatrick’s show (He’s in charge! Then, he was charged!!) occupied City Hall there—a community-wide disaster as admitted by Ehrenhalt.

Meanwhile, in the Detroit suburbs, where people were moving and companies investing, the majority of places had professional city management teams with a consistency of expertise and experience beyond the latest election.

The local election process can certainly produce a strong and competent leader, but a community policy and direction expressed through elections and elected bodies will more consistently point the management team in pursuit of whatever priority choices are made.

Moreover, there’s a performance dividend over the long run (take a look at credit ratings).

Ehrenhalt’s talks about “conservative” city managers.  There’s a new mayor in Detroit, and things are better (but inquires and innuendos remain even under the current administration), but the eggs are all still in that one basket.

The argument about city management being a shill for the local chamber of commerce is contrary to my professional experience (often just the opposite, frankly), but could just as easily apply both to the strong mayors of those bygone eras when representation and inclusiveness were not prioritized nationally and now, when raising re-election money often seems to be the priority.

There are plenty of examples of good strong mayor cities. The Bloomberg era in New York was kind of a mix of innovation and professional management linked with the single boss for his tenure.

Martin O’Malley’s tenure in Baltimore was about metrics-based decision-making and accountability for public safety staff and all municipal personnel (e.g., CompStat and CitiStat proliferation).

The council-manager forms know that and are working upon those topics, often in partnership with center cities, with or without a strong mayor hero.

Regardless, and contra his thesis, the council-manager form of government consistently delivers the public goods.