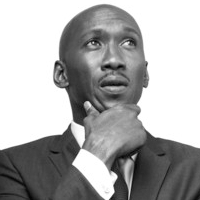 In the age of “phone marks” and Congressional inaction, many cities are re-evaluating the need for a federal lobbyist. To shed light on the pro’s and con’s, we have enlisted ELGL Southeast advisory board member Michael O’Brien to highlight what we should consider in making the decision to hire or re-hire a federal lobbyist.

Michael O’Brien is the founder and principal of MOB Advocacy. He has more than ten years experience as a state and local lobbyist. Michael has lobbied governors, mayors, legislators, state and local agencies and regulators in more than 40 states.

Before launching MOB Advocacy, Michael was the lead the nation-wide state and local program for RISE (Responsible Industry for a Sound Environment). Prior to RISE, Michael launched Molina Healthcare’s political and grassroots advocacy programs, created strong public-private partnerships as the director of state government relations for The Washington Center, and developed a federal, state and grassroots advocacy program for The National Conference for Community & Justice.

MOB Advocacy’s clients range from established corporations, tech start-ups, nationally recognized non-profits and advocacy groups. Our clients chose us because MOB Advocacy offers the full range of solutions of a large government relations firm with the personal service of a boutique firm. MOB Advocacy helps its clients to navigate the complex world of state and local legislative and regulatory affairs, procurement bureaucracy and appropriations processes to achieve organizational goals.

Does My City Really Need a Federal Lobbyist?

As a government relations professional with state and local governments, and because of Congress’s recent history, I am more likely to ask, “do you really need a member of Congress?” But since I’ve been asked to answer the question of “does my city or county really need a federal lobbyist?” I will stick with the script by outlining the key issues for making the decision.

The short answer for now on whether you need a lobbyist?  A definite maybe.

Let’s Face It, All Politics Is Local.

Hopefully your local government has a developed a working relationship with (or at least know the name(s) of) the people that represent your locality. In this age of open and transparent government, local government staff can quickly and easily reach their Congressional delegation.

Many members of Congress have worked at the state and local level, and therefore, understand the perspective of cities and counties. As a local government staffer or elected official, you can be as valuable to your federal delegation as they are to you. Members of Congress often maintain an open communication channel with local government officials as it allows a member of Congress to stay tuned to the key issues of their constituents. A simple call by a city manager or mayor to a member of Congress (or their staff) may be all it takes to secure face time either during a trip to DC or while the senator or representative is back in the district.

Because of this you don’t need a lobbyist, right?  Well, not exactly.

What About the Rest of Congress?

That’s great you’ve built a strong, working relationship with your Congressional delegation, but unfortunately for you, they are a small percentage of the lawmakers. So, what’s your strategy for building relationships with the rest of Congress?

There are 100 members of the Senate and 435 members of the House of Representatives and they may have contrasting viewpoints to your local government’s legislative agenda. Even your federal representatives may represent other localities, and those localities might have different priorities that compete with yours. These contrasting interests can make it difficult for you to to your message across even with strong relationships.  Hiring the right lobbyist can help your government break through the noise to make sure your interests are heard.

That settles it, you definitely need a lobbyist, right?  Well, not exactly.

With the continued inaction of Congress, funding is increasingly being allocated through federal agencies rather than direct appropriations. In addition, regulatory changes by the Environmental Protection Agency and from the Affordable Care Act though the Centers for Medicare & Medicaid Services, are being implemented at the state and local level. The combination of these factors strengthens the argument for hiring an executive lobbyist.

What advice do I give cities and counties?  Yes, hire a lobbyist, but do your homework.

An effective lobbyist should be a member of your team. They should track and notify you of opportunities and advise you when and how to weigh in with agencies.  With earmarks virtually gone, funding opportunities often come through grant opportunities that Congress may or may not have authorization power over.

Getting your funding priority placed as “an eligible activity” in either appropriation legislation or in agency grant announcements is critical to securing funding for your priorities.  And knowing about (and possibly influencing) those opportunities before they are released can give you an added advantage.

An effective lobbyist should also help you determine the answer to tough questions, such as whether its appropriate to seek try  a “phone mark” (the somewhat controversial practice of Members of Congress calling federal agencies to lobby on behalf of specific projects). Phone marks are controversial because they are even less transparent than the earmark process.  Although any phone mark request can be rejected by the Federal Agency.

Hiring a lobbyist is rarely enough.  You, as elected and appointed government officials need to be involved.  Visit Washington, DC and become your own advocates, attend town halls in the district, participate in your state and federal associations.  Speak up!  Because when it comes down to it, you are your own best advocates.

Introducing the Southeast Advisory Board