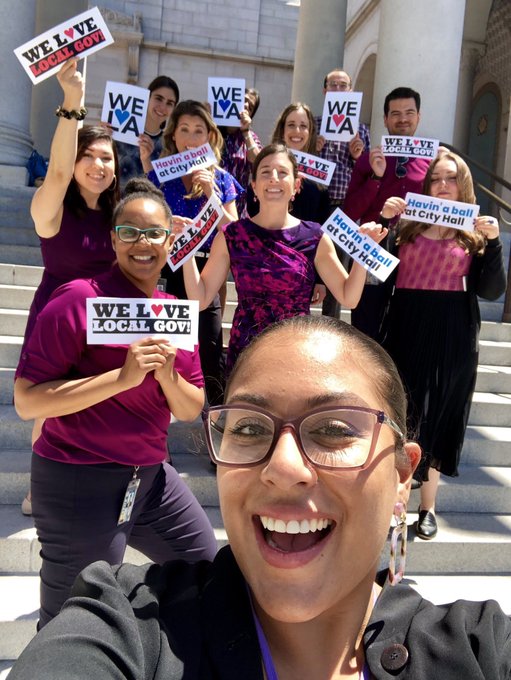 We’re rolling out the 2019 #CityHallSelfie Day award winners! Winners receive a trophy and selfie stick from Bang the Table.

Winner for Largest Population in a #CityHallSelfie goes to…

We’re so proud of the thousands of @LACity employees and City partners that work to serve LA and Angelenos across 41 departments and 18 elected offices. Have you ever thought about working with #LocalGov? @MayorOfLA #CityHallSelfie Day ? #LA pic.twitter.com/L1BsGw8tFp

Our library team did a great job with their #CityHallSelfie pics. They didn’t tell us what they were up to because, as usual, they were HUSH HUSH about it. https://t.co/wnSw6z9PeM

What is City Hall Selfie Day