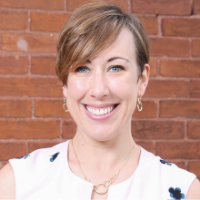 Samantha Harkins is the Deputy Mayor of Lansing, Michigan and joined Mayor Andy Schor’s administration in January of 2018. Her entire career has been in local government: as the Executive Assistant to the Mayor of Norfolk, Virginia; as a local government policy advisor for the Michigan House of Representatives; as lead lobbyist for the Michigan Municipal League and then President of the MML Foundation, and as VP of Government Relations at Munetrix (a municipal performance metric software company). She received her B.A. and J.D. from West Virginia University and bleeds old gold and blue. She lives in a renovated 1884 Victorian in Downtown Lansing with her husband, son, 100-pound Portuguese Water Dog/Poodle mix and two cats. She’s an avid runner, reader and writer. She loves food and cocktails (gin in the summer, bourbon in the winter and wine year round.)