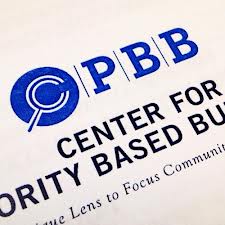 The CPBB is back with a brand new edition. When we last checked in with the Center for Priority Based Budgeting, we learned about Budgeting Through a New Lens. Now it’s time to hear about a “New Wave” in local government fiscal health.

But, before we get to the article, we want to take this opportunity to thank the CPBB team (Erik Fabian, Chris Fabian, and Jon Johnson) for being vocal supporters of ELGL. CPBB has opened up a number of new doors for ELGL and our membership benefits from this every day. Enough of the sappy Valentine’s Day sweet talk, let’s hear about some good ol’ financial stewardship.

“To be or not to be. That’s not really a question.” – Jean-Luc Godard

“States and cities have deep structural problems that will not go away just because the country is coming out of the recession that started in 2008.” – Volcker-Ravitch Report 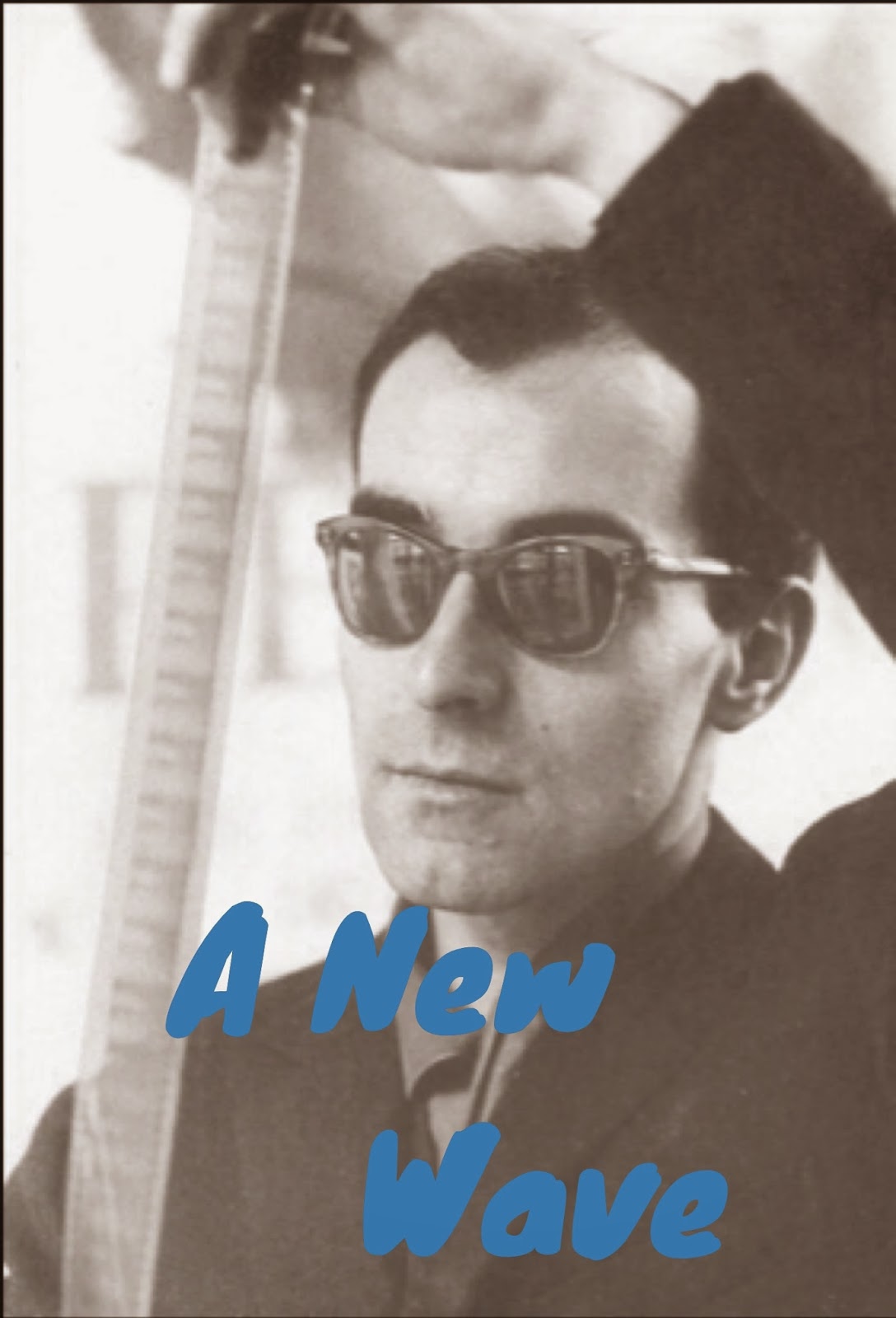 The New York Times recently reported on the release of the Volcker-Ravitch report in their article Task Force Urges Local Governments to Stop Obscuring Fiscal Troubles. The State Budget Crisis Task Force released its final report, calling for an end to the longstanding practice of using one-offs and opaque accounting methods that make budgets appear balanced even when fiscal problems are worsening. “Local governments must stop using budget gimmicks that obscure the true extent of their money problems.” The task force was led by a former chairman of the Federal Reserve Board, Paul A. Volcker, and a former New York lieutenant governor, Richard Ravitch, who have warned that states and cities have deep structural problems that will not go away just because the country is coming out of the recession that started in 2008.

Now, so many of us who “are in the business” of trying to balance budgets, understand and appreciate the dangers and fallacies of applying budget gimmicks. But then, why do these practices still prevail? Why do many resort to these types of solutions knowing they deny transparency, mask problems at worst, and at best, trick decision-makers into a false sense of security? Perhaps at least part of the answer is that it’s difficult to conceive of any other way to solve the financial problems of the day – perhaps, for lack of another solution, budget tricks are the best solutions we have? For as fundamentally sound and true and correct as the Volcker and Ravitch report is, it’s most significant achievement is pointing out where government is falling short. This begs the next question: what can be done to fix these pressing problems?

A new paradigm is required – a “New Wave” in local government Fiscal Health.

The Crisis is Not Fiscal

In part due to the recession that started in 2008, and in part to attempt a departure from the exact same types of practices outlined by Volcker and Ravitch, CPBB co-founders Chris Fabian and Jon Johnson published their first local government fiscal health and prioritization report Getting Your Priorities Straight in ICMA’s PM Magazine. This paper was published prior to the existence of the Center for Priority Based Budgeting.

During this time, Jon and Chris both worked for Jefferson County, Colorado as Budget Director and Internal Business Consultant respectively. It was at Jefferson County where Jon and Chris had first started to conceive of the creative and innovative concepts of Fiscal Health and Wellness through Priority Based Budgeting.

As if predicting the New Wave, in Getting Your Priorities Straight the authors emphasize the point that the recession isn’t the only driver causing local government fiscal challenges. They state, “why do local government professionals believe that this is the crisis? What assumptions do we hold so firmly and that so calcify our thinking to convince us that changing fiscal conditions represent our crisis? Would higher revenues and lower expenses allow us to operate crisis free? Or does the true crisis exist when, despite our fiscal realities, we don’t focus on those priorities and objectives that ensure the success of our communities?”

The authors went one step further, and just like Volcker and Ravitch, made a critical leap: the crisis facing local government is not fiscal. It’s the choices we make to address the fiscal challenges. Volcker and Ravitch make the same argument when observing that the end of the recession alone will not result in better financial management.

In Reengineering the Corporation, Michael Hammer writes that organizations suffer from “inflexibility, unresponsiveness, the absence of customer focus, an obsession with activity rather than result, bureaucratic paralysis, lack of innovation, and high overhead.” Why?

“If costs were high, they could be passed on to customers. If customers were dissatisfied, they had nowhere else to turn.” Should we in government only now be concerned with flexibility, responsiveness, customer focus, and results because we can no longer afford not to be?

Perhaps the biggest concern we face is not a fiscal crisis. Fiscal trends and conditions are by and large out of our control and simply represent a reality with which we need to cope. The real crisis on our hands is whether our organizations have the capabilities to address current fiscal realities and still meet the objectives of government and the expectations of our constituents.

The Volcker-Ravitch report places special emphasis on the harmful impacts that budget gimmicks create when the intention is to mask or obscure financial problems. But what would true financial transparency look like? 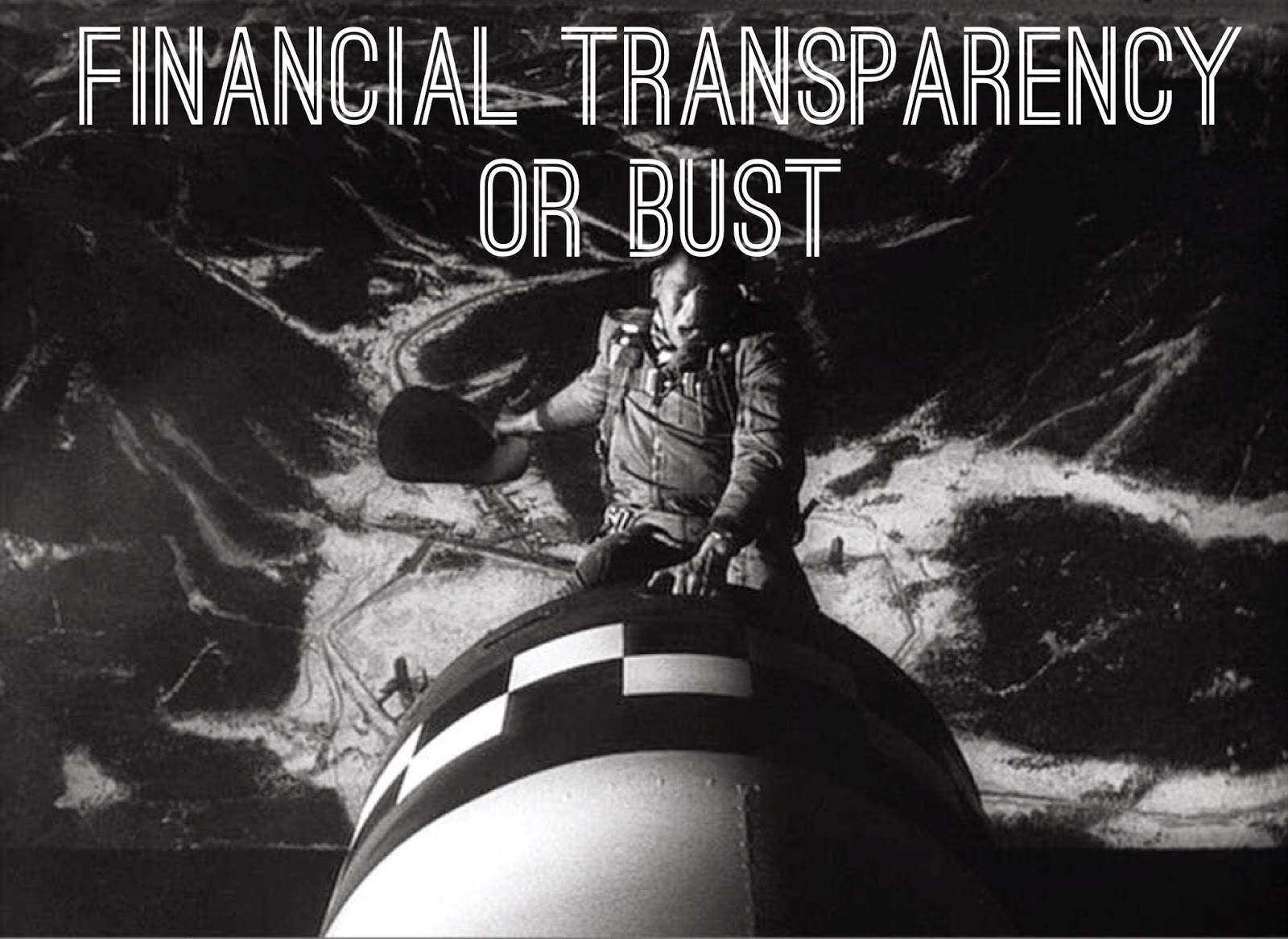 CPBB co-founders faced the exact same dilemma when the principles of Fiscal Health were created to address these very issues. The budget book, the certified annual financial report (CAFR), and reports out of the financial system are great tools for finance professionals, but they prove insufficient to clearly and simply answer the question: is the organization in “good shape” or is there trouble on the horizon?Furthermore, in a world of rapidly changing economic variables, the answer to that question today might not be the answer to that question tomorrow. (A recent ICMA report on this very subject appeared on the CPBB blog just recently)

First and foremost, local governments must be clear and transparent about what truly is their picture of fiscal health. Communicating that picture simply and clearly without volumes of numbers, spreadsheets, tables, and an endless series of charts is frankly a challenge that has plagued financial managers for years. If local governments are going to be able to demonstrate financial reality internally to elected officials and staff, and externally to residents, they have to find better ways to make fiscal situations understandable and transparent to everyone.

The key breakthrough in this area has been “data visualization” which allows for the easiest way of creating a common view, a common perspective that is simple and that everybody can agree on. Part of the reason that financial problems can be obscured or hidden is because many times decisions makers have no idea how to understand finances to begin with.

Data Visualization allows us to create a common view of the financial situation that is simple to understand and interpret, describes the clearly defined variables that can impact the financial situation, allows for “live” and “real-time” changes in these variables, and offers the ability for “dynamic” modeling of “what-if” scenarios – this is how transparency is created, and this is the essential first component of the paradigm shift required.

Shifting the Paradigm Part 2: Resource Allocation through Priority Based Budgeting

The second component of the paradigm shift is changing the way that resource allocation discussions take place. Financial problems are also effectively hidden and obscured because the budget process allows for it. Line item budgeting, incremental budgeting, zero-based budgeting were each attempts to better understand “how” money is spent, but these methods fail to address a more fundamental question: “why” money is spent.

To the point of the Volcker-Ravitch report, the question of whether or not public dollars are being used effectively is not answerable with the tools currently available to elected officials, decision makers, staff and citizens.

Incredibly, just one week ago, as if to accelerate the ushering in of the “New Wave,” the credit rating agency Standard & Poor’s upgraded the bond rating of Douglas County, Nevada by two levels, from A+ to AA, citing evidence of the County’s efforts “to implement several fiscal health practices, including long-range financial forecasting, revenue and expense stabilization, and priority based budgeting.”

The New Wave – Over 60 Communities

It is of utmost importance that all local government communities take to heart the warning and recommendations outlined in the Volcker – Ravitch report. Only the most innovative public entities have made strides in changing their structural approach to long-term fiscal health. And with the economy showing some signs of improvement, many will continue to operate as if to preserve the status quo and vainly wish for increased revenue. This approach represents a philosophy of wishful thinking that will only lead to failure.

The “New Wave” represents efficiency and innovation in this Era of Local Government. The new wave represents a golden opportunity for local government communities. Finding creative, clear, and transparent ways to demonstrate what the next 5 to 10 years might look like is a must if local government professionals are going to address fiscal concerns. All too often, local governments are unable to make sound, timely decisions regarding investing in new resources, starting new programs, or initiating major capital projects because elected officials, local government managers, and staff members are paralyzed by the uncertainty of whether they actually have enough money to appropriate for these purposes.

Budgeting Through a New Lens

The Innovation Tsunami of the CPBB 2013

Knope of the Week: Center for Priority Based Budgeting