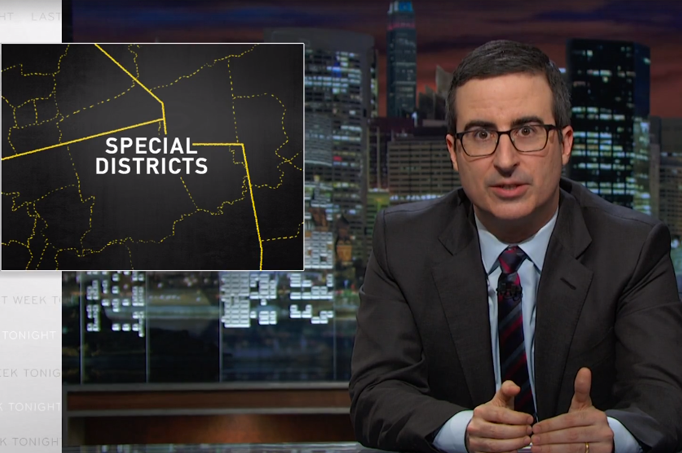 Want to join the conversation by sharing your opinion on special districts? Send an email to Kirsten Wyatt – [email protected]

As someone who works in local government, I’m not always looked upon as a model member of our society (yet….changing the world’s perception takes time). As a local government worker in Illinois with our rich history of corrupt governors (don’t forget that we’re the Land of Lincoln too!), I get even less respect from the public. When you add on that I work for a “special districts,” let’s just say that I sometimes draw a lot of strange looks from my fellow local government peers, especially when I leave the comfort zone of parks and recreation in Illinois.

However, in our community with all of our special districts (and a municipal, township, and county government), we also have some of the best partnerships and sharing that takes place within our boundaries – more than I often witness between many general purpose governments – not because we’re any better, but just out of necessity. Without the mission or ability to be “everything to everyone,” special districts do what they do well and then work with others to make sure the rest of citizen needs are carried out by those that do them best.
You could also argue that special districts like our park district, give citizens the ability to control the amount of spending dedicated towards its parks and recreation services without as much worry that politics or inter-department budget battles will close their swimming pool or cancel their child’s dance class.  Additionally, operating as a smaller, more focused organization, it allows our park district to be more nimble and responsive to big challenges like the Great Recession.
Survey Says….
In a study by the University of Illinois, findings indicated:
“There is strong support for the park district, as compared to city/village government, as the unit of government that would provide greater opportunity for citizen input… A majority of household respondents felt that park and recreation programs and services would suffer if consolidated with city/village or county government… Furthermore, nearly eight out of every ten respondent households indicated that the park district would be the best local governmental unit to provide park and recreation programs, facilities, and park areas. ”— Illinois Park Districts: Citizen Perspectives
I’m not advocating for more special districts, nor am I campaigning for a “Hug Your Local Special District Employee Day” (although that would be nice).  There are exceptions of dysfunctional special districts operating in silos, and I know some amazing park and recreation departments that operate within municipalities. The next decade will be challenging for local government as citizens and politicians weigh a distaste for what they believe is “more government” versus some of the funding opportunities that can go along with special districts.
I encourage you to not let the naysayers on either side win.  Regardless of the type of government you work for or have in your community, this is not an “us vs them” situation because ultimately we are working to make our communities better places.
Your Homework
Work for a general purpose government?  Reach out to your counterparts at a local special district to introduce yourself and see if there are any commonsense ways that you can partner or share resources. Their areas of specialization might help propel your agency forward in ways that you couldn’t do on your own and your larger set of resources could be exactly what they need in some cases to reach more people.
Work for a special district?  Invite someone from your local municipality for coffee and show them what you do?  It’s amazing how many conversations that I have had with colleagues at municipalities started with a misconception about the bureaucracy of special districts that have ended with a twinge of jealousy about what a special district can accomplish when all staff are heading in the same direction.
Are you a resident?  I know sometimes our websites aren’t the most customer-friendly, but keep trying to get involved – we need your involvement too most of all.
Maybe someday together we can even turn that statistic of 6,963 units of local government in Illinois from a point of embarrassment for some into an actual point of pride. Hey, a girl can dream, right?