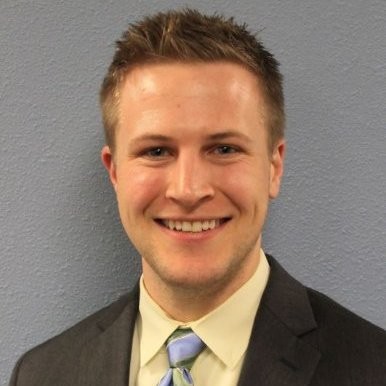 ELGL recently hosted an #ELGLBookClub on “City on the Line.” As part of this effort, author Andrew Kleine gifted five copies of the book to ELGL members so they could read, participate, and share what they’re learning with the ELGL family. This first installment is by Denton, TX Assistant to the City Manager Ryan Adams.

Every solution begins with a problem.  Andrew Kleine’s City on the Line wasn’t written simply to tell war stories of his time deploying outcome budgeting in the trenches of Baltimore.  He’s offering a solution, because municipal budgeting, for most of us, has a problem: we assume too much.

Before I got into government, I was trained in science and worked in injury rehabilitation.  If anything came of that training, aside from my still pretty decent ability to name the muscles of the human body, it’s an unwavering respect for the scientific method as a means for solving problems – particularly problems where we don’t know or understand all of the variables.

“The scientific method is doing whatever it takes not to fool oneself into thinking what is true is false, and what is false is true.”

In science, every assumption, every variable is tested.  Nothing is taken for granted (or shouldn’t be – we’re only human after all) because we have painstakingly learned that even one unfounded assumption can lead us astray from truth and thus delay the advancement of achievement by decades or centuries.

Geocentrism, Phrenology, Alchemy, miasmas, the four humours, (and anti-vaccination and flat earth proponents…cough cough…ahem, excuse me) are all examples where core assumptions to an idea were not supported by evidence.

Unfortunately, in these cases and many others actual scientific and human progress was obstructed until those assumptions were challenged.  Fun fact: even famous scientists were not immune.

Budgeting for the Department

There is an interesting parallel between science and government budgeting.  In science, when you fool yourself with unproven assumptions, you (not always unintentionally) perpetuate a belief or a bias that has no grounding in reality, but is usually easier for you to swallow than the truth.

Budgeting is no different – only what is perpetuated is the department. Not the mission, strategy or results. Traditional budgeting and quite a bit of non-traditional budgets heavily favor departments, agencies, divisions, and other institutional components over results.

In these methods, we look at departments and ask, “How much do you need and what will you do with it”. The department is the base assumption within the equation that is never questioned – dollar amounts and the results they fund on the other hand are totally negotiable.

Not a good feather in our cap when we’re trying to convince people we aren’t a big, bad bureaucracy.

When we position a department at the center of the budget universe, we make things easy on ourselves, but what do we lose by doing so?  Should we assume that that department has the ability to get us the result we want; that they’re the sole provider of success provided we send enough funds their way?  Of course not!

Does this blind us to other alternative ways to get what we want that perhaps don’t involve that department? You bet!

Even Kleine, when describing public safety results, says that if we:

“Confuse the amount we spend on the police department with how safe people should feel or how much the crime rate will change, we miss the full range of possible strategies for improving public safety”.

There’s evidence to support this. Poverty-reducing programs have positively impacted crime. Building code initiatives have reduced deaths the from structure fires. Quality infrastructure has grown as a driver of economic development.

The only inflexible element in a budget should be the result we need – everything else is negotiable.  You start with the result you want, then let anyone (city or otherwise) propose their solution and the funds needed to make it happen.  This is outcome budgeting in a nutshell. We should be asking, “Who can achieve this result and how much will it cost me”?

Reject Municipal Budgeting As It Is

Allowing unproven assumptions creep into your budget process is a recipe for unresponsive, ineffective, bureaucracy.  Don’t let what you did this year be the starting point for what you plan to do next year.

There’s no allowance for sudden shifts, operations-altering innovations, or paradigm shifts in service provision. An organization that carries 90% of its budget over from one year to the next well positioned to solve today’s problems ten years from now.

Challenge your budget assumptions – always.  “Do we need this”, “Can we deliver it better”, and “Whom can best deliver it” should be asked early and often.

Read City on the Line and try outcome budgeting (even in one area to start).

Explore managed competition. Institute a sunsetting process where every few years departments and services have to prove they are achieving results.