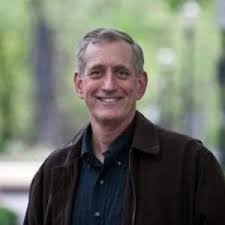 Please join us on Thursday, September 13 at noon for an ELGL forum with Charlie Hales, Portland mayoral candidate.  The forum will be held in Portland, exact location TBA. Special thanks to Robbie Rice for scheduling the forum.

About Charlie – courtesy of http://charliehales.com/

Charlie and Nancy Hales live in the Eastmoreland neighborhood, where they’ve fixed up a cottage, and live with their two dogs and various twenty-something children or friends of the family who are building their own lives. Hales chose Portland as home more than 30 years ago. Like many Portlanders, Charlie saw promise for his family, opportunity, and a great natural environment.

After graduating with honors from the University of Virginia, he loaded up his ‘66 Plymouth Valiant and came west with his wife. He started a career, but also fell in love with livable Portland and the endless outdoor possibilities of the Northwest. He and his kids became avid backpackers and have covered thousands of trail miles together.

As Portland’s Parks Commissioner, he organized the campaign for the first successful Parks Bond measure in 50 years – raising the funds urgently needed to renovate and support our local parks and recreation system. Then, we leveraged those dollars with community fundraising and philanthropic support and built or renovated 110 parks – some in every single neighborhood – across the city.  The older, run-down Mt. Scott Community Center was repaired, and had the area’s first, up-to-date indoor public swimming pool added. North Portland’s Peninsula Park Community Center was carefully restored. Two new public community centers were built in areas that had none – in East Portland and in Southwest Portland – providing access to affordable recreation for thousands of Portlanders.