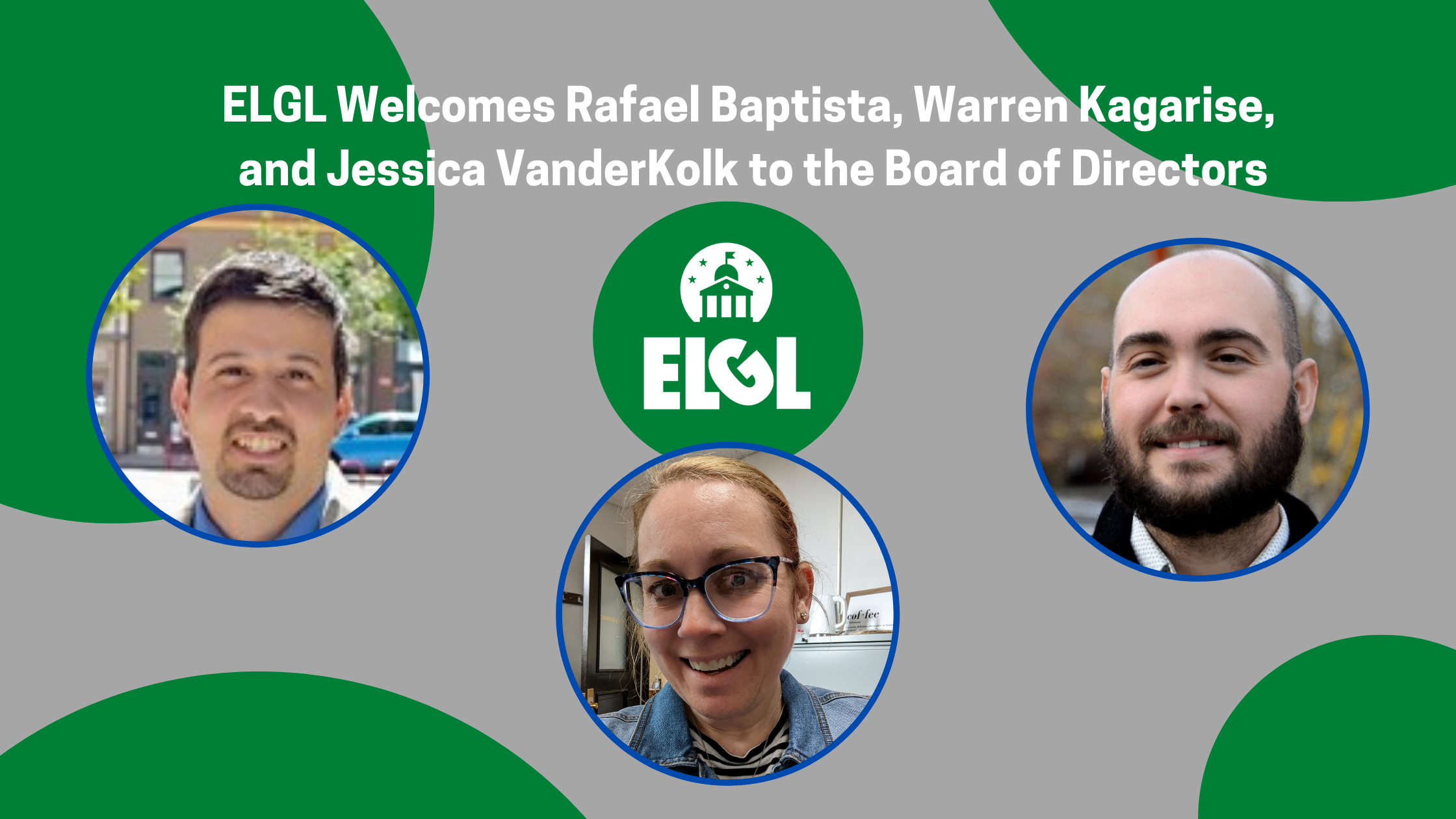 The ELGL Board of Directors is excited to announce the appointment of three new Board Members. Rafael Baptista, Warren Kagarise, and Jessica VanderKolk were selected to serve three-year terms earlier this month. They will allow the Board to serve the ELGL membership and set the strategic direction of the organization.

“Rafael, Warren, and Jessica each add new skills and perspectives to the Board,” said Maggie Jones, ELGL Board Vice Chair. “Plus their long history and familiarity with ELGL really meets the needs of the organization during this time of transition.”

The three new board members stand out for different reasons and give the Board the ability to represent the wide geographic range of ELGL members.

Rafael Baptista (LinkedIn & Twitter) is the Director of Strategy & Innovation for Buncombe County, North Carolina. He has worked for a variety of local governments doing process improvement, strategic planning, and innovation work. Rafael believes that local government can and should be a leading industry in innovation.

“We are really excited to add Rafael to the Board of Directors,” said Amie Hendrix, ELGL Board Member. “He is a thought leader in the innovation field of local government and his background and perspective will be valuable to the team.” 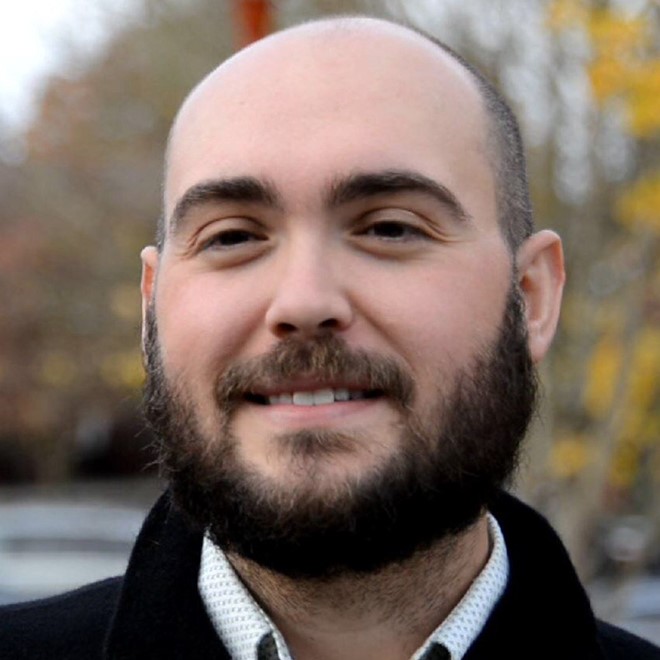 Warren Kagarise (LinkedIn & Twitter) is the Digital Engagement Manager for King County, Washington, a position he’s been in since 2017. Prior to that role he worked for the City of Issaquah, Washington and as a journalist for local publications.

“When selecting new Board Members we wanted to make sure we reflected the broad geographic range of our membership,” said Cathy B. Bailey, ELGL Board Member. “But Warren’s perspective on the profession and engagement with ELGL makes him a perfect fit no matter where he was located. His abilities will allow ELGL to continue connecting with our membership.” 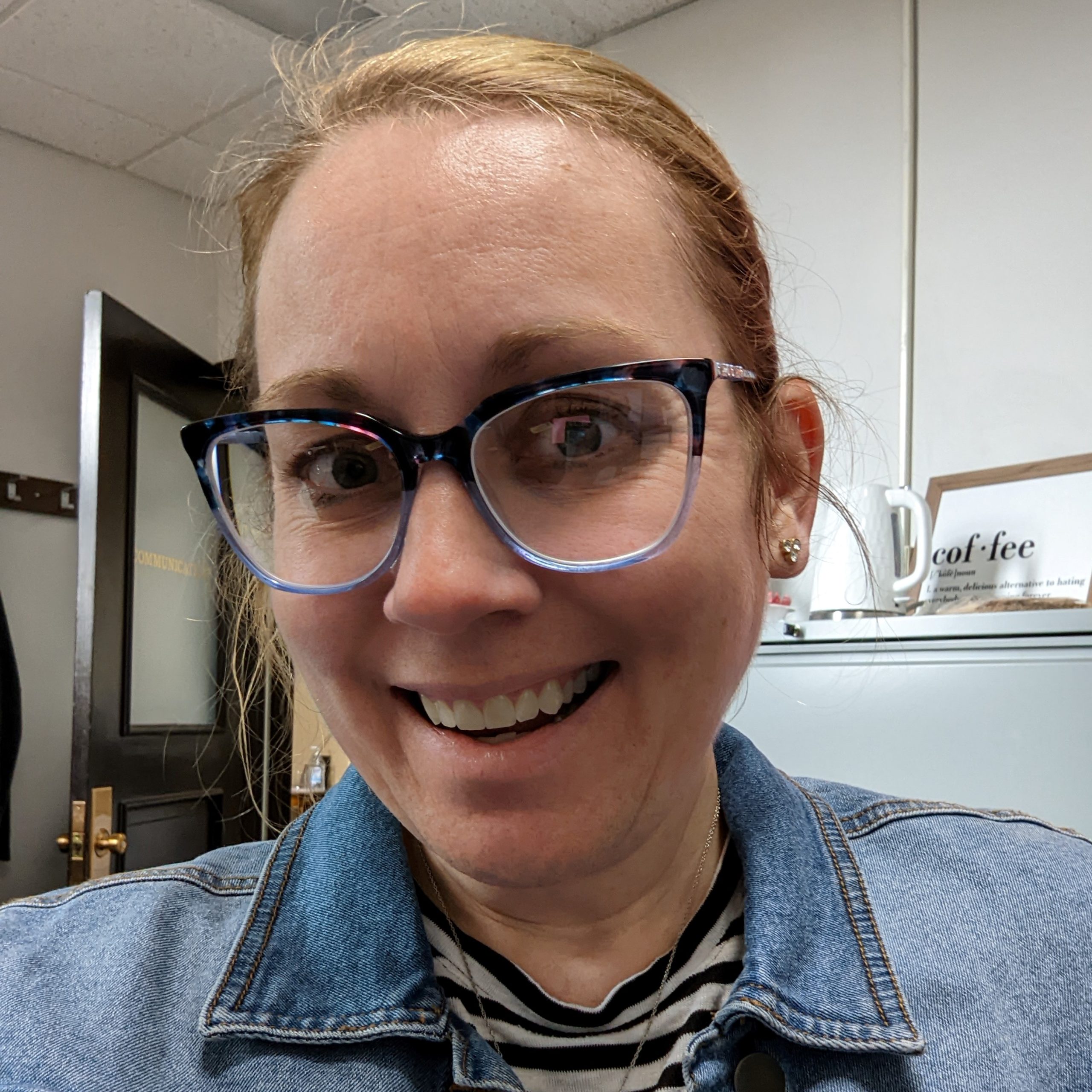 Jessica VanderKolk (LinkedIn & Twitter) is the Communications Manager for the City of Battle Creek, Michigan, a position she started in 2013. She has also worked in media for local publications in Michigan and Pennsylvania.

“Jessica’s passion and enthusiasm for ELGL really stands out and will be a great addition to the team,” said Ben Kittelson, ELGL Board Chair. “Her willingness to participate and contribute is what makes ELGL so special. Her ideas and abilities will allow ELGL to continue engaging the brightest minds in local government.”

The ELGL Board of Directors is the official governing body for the organization. Board Members direct the work of ELGL staff and assist and advise on programming, events, and content for ELGL. The Board will be focused on implementing ELGL’s strategic plan and ensuring the long-term sustainability of the organization.

You can learn more about the ELGL Board of Directors and find contact information at https://elgl.org/board.

Rafael has worked in local government for over 7 years. He joined Buncombe County, NC in 2020 as the Director of Strategy & Innovation. In his current role, he oversees special projects, process improvement, policy management, innovation, and strategic planning for the County. Rafael believes that local government can and should be a leading industry in innovation. He holds a Master of Public Administration for UNC- Chapel Hill and a Bachelor of Arts in Politics from Willamette University. Rafael loves exploring new activities with his family, watching Formula 1, and playing water polo.

Warren Kagarise is the Digital Engagement Manager for King County, WA, where he leads efforts to connect the nation’s 13th-largest county with 2.2 million residents via social media and other digital tools. Warren’s career in public service started in 2013 when he served as Communications Coordinator for the City of Issaquah, WA, where he launched the city’s nationally recognized social media presence. A former journalist, Warren first became interested in public service while working as a reporter covering local governments in Washington state and Florida. In addition to his King County role, Warren is the president of the Government Social Media Membership Council, a member of Nextdoor’s Public Agency Advisory Board, and a regular contributor to ELGL’s Morning Buzz.

Jessica VanderKolk has served for nearly nine years as the communications manager and public information officer for the City of Battle Creek, Michigan. She manages daily and emergency communications and messaging for all city departments, coordinates media relations, leads the management of the city’s social media accounts, and creates and delivers content in many other ways to tell the city’s story. Previously, Jessica spent about a decade working as a newspaper reporter in Michigan and Pennsylvania. She has a bachelor’s degree in journalism from Michigan State University. She has written and presented for a variety of organizations to promote Battle Creek and communications in local government, and also serves on the Government Social Media Membership Committee. Locally, she serves on her son’s elementary PTO, local public access station board, and community Communications Collaborative. Jessica starts her day with many cups of coffee, and her self-care comes from spending time outside, running, and Twitter. She has a spouse of almost 18 years, a 9-year-old, and a very good dog.