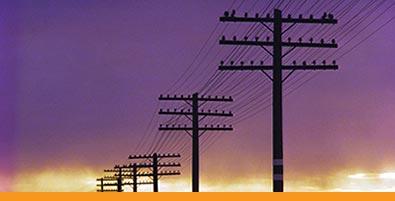 Power to the People: Electric Utilities as Community Partners

With #ELGL16 knocking on our doors, it’s time for an introduction to our speaker panels. Having trouble deciding which panel to choose? This will make it even harder!

What’s that all about?

Utility co-ops often do not receive the credit they deserve when a partner in economic development is needed, or when someone is mapping out their career path. Debra Smith and Matt Michel shatter the unknown by illustrating how electric utilities can be partners in economic development experiences, share perspectives of former municipal managers now on the outside looking in, and highlight community presence efforts.

Do tell who tells?

Debra Smith is the General Manager of Central Lincoln PUD, a mostly rural electric utility that serves the people of Oregon’s central coast, in ten incorporated cities and across parts of four separate counties. Central Lincoln is community-owned, with 38,500 residential, commercial and industrial customers in a service territory of about 700 square miles.

Debra has been at Central Lincoln for about 3 ½ years and spent the previous 17 years at the Eugene Water & Electric Board, a municipal water and electric utility “in the valley.” While at EWEB, Debra had the opportunity to work in or provide leadership to just about every functional area of the organization; when she left to join Central Lincoln, Debra was the Assistant Manager in charge of operations.  Debra believes in teamwork and the power of people working together, being intentional and “sticking to the plan” and the importance of communicating honestly and with transparency.

Debra currently serves on the Executive Committee of the Public Power Council (PPC) that represents the Pacific Northwest’s consumer-owned utilities on power and transmission issues before the Bonneville Power Administration. She serves as Vice-Chair for the Fish & Wildlife Committee and also serves on the Board of Northwest River Partners. Debra is also on the Executive Committee of Northwest Requirements Utilities (NRU) an organization that provides support and advocacy on behalf of BPA’s 50+ load following customers.

Debra is originally from the Chicago area but a Duck by marriage and a Sun Devil by pedigree with a BS degree in business from Arizona State University. She and her husband have raised five grown children and have one absolutely perfect grandbaby.  Most people work in the valley and spend weekends at the coast; Debra works in Newport and spends most weekends in Eugene. It’s a great way to avoid the tourists!

Matt Michel began his service in Eugene, Oregon as Lane Electric Cooperative’s general manager on October 1, 2014. He came to Lane Electric from Canby Utility in Canby, Oregon where he served as that utility’s assistant general manager for two years and general manager for four years. Prior to his management roles, Mr. Michel served as the utility’s outside legal counsel through Beery, Elsner & Hammond LLP, specializing in municipal law, utility law, and federal litigation. He previously clerked two years for Senior Judge Robert E. Jones of Federal District Court in Portland.

Mr. Michel has worked as a budget/policy analyst at the federal, state, and county levels. Mr. Michel specializes in strategic planning, organizational development, and risk management. He has served in leadership roles with industry and community organizations including: President for the Oregon Municipal Electric Utilities, President for the Tri-County Water Resources Association, church pastoral council chairman, and by Governor’s appointment to the State of Oregon Drinking Water Advisory Committee.

He currently serves on the Executive Committee of the Public Power Council (PPC) that represents the Pacific Northwest’s consumer-owned utilities on power and transmission issues before the Bonneville Power Administration. He serves as Vice-Chair of Long Range Planning for PPC. He also serves as a Director on the Board of PNGC Power, a Portland-based electric generation and transmission cooperative owned by 14 Northwest electric distribution cooperative utilities with service territory in seven western states.

A native of Ohio, Mr. Michel received his Bachelor’s Degree in Economics from Denison University in Ohio, and his Master’s Degree in Public Administration from the University of North Carolina at Chapel Hill. He earned a law degree from Lewis & Clark Law School in Portland, Oregon.

Read more about all the #ELGL16 PDX sessions here!