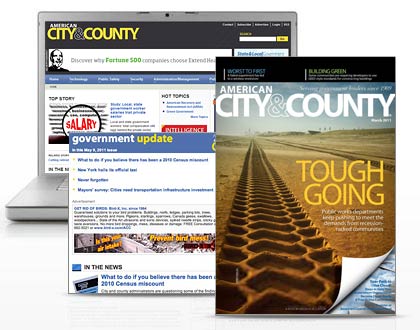 A transparent site fosters communication. A site known for its interactive aspects is the Emerging Local Government Leaders forum (ELGL). Founded by Kent Wyatt, management analyst for Tigard, Ore., the site offers blogs, awards, webinars and social media outlets to promote the interconnectivity of governments and communities. These ties are an important function of a government’s web presence, Wyatt said.

“The ELGL engages government officials with the community through proactive communication,” Wyatt said.

Two examples of interactive programs offered by the ELGL are the “Knope of the Week Award” and the Resume Book outreach effort.

In a nod to the NBC sitcom Parks and Recreation, the Knope of the Week recognizes public or private officials who go “above and beyond,” according to Wyatt. Nominated by ELGL members, notable recipients have included Mark Zusman, editor of the alt-weekly Willamette Week, and the leaders of Hillsboro, Ore., for establishing the Hillsboro Hops minor league baseball team.

The ELGL’s Resume Book is another web-based outreach program. Inspired by the “Who’s Who in America” books and programs like it, Wyatt said the program, which collects resumes to connect professionals with more than 100 governmental entities and partners, is growing. It now includes recruiting firms, cities, counties, state agencies and special districts.

As a complement to the Resume Book, the ELGL issued the “Five Minute Challenge.” “We challenged members to contact someone in the book,” Wyatt explained, “to keep communication flowing” between government agencies and emerging professionals. “This could be for networking, to speak about job opportunities or just to offer advice,” he said.

Continue reading: Municipal outreach: What your website says about you