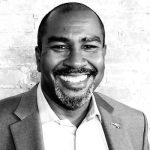 Why Robert is on the Traeger List: Rob Sturns has been a true mentor and friend of many for years. Everybody in town knows Rob for his work, service, and community engagement. He’s more of a coach than the “boss” and takes the time to help folks (and ideas) grow, while also taking time to nurture family and friends. He’s incredibly smart and he shares what he knows vs. keeping it close. Rob’s energy is contagious and he makes you want to be a better human. That’s pretty amazing, don’t you think?

More kind words: What Rob won’t tell you is how much he does for others in the background. He’s never to busy to be a friend, share ideas, or be your strongest advocate. Regardless of the challenge at hand, he’s always willing to help. Rob is a kick-ass human being, both on a professional and a personal level and I want the world to know how great he is. 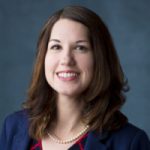 Why Lauren is on the Traeger List: Although Lauren’s current role involves her supporting local governments and the city management profession on a regional level, she made a name for herself as a courageous, principled, and decisive leader through her time serving in the manager’s office.

As the the Assistant City Manager in Manhattan, Kansas and Independence, Missouri, and the City Administrator in Parkville, Missouri, Lauren became regarded across both states as the person to call when you needed some straight talk or a pep talk.  She’s the first person to reach out when someone is in transition or just needs some support, and she’s a tireless supporter for women in the profession.

Lauren can be counted on to be strategic and thoughtful in her approach, but she isn’t afraid to make a tough call when she believes it’s in the best interest of the community. And although Lauren excelled at all of these things while serving in a local government organization, the Kansas City region is so fortunate to have her advocating on our collecting behalf now. 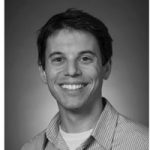 Why Josh is on the Traeger List: Josh has lead a citywide effort to transform the way Cambridge thinks about decision-making. He has managed to influence and shape massive strategic efforts centered on fundamentally changing the status quo at a grassroots level. He is thoughtful and deliberate in change management practices, and frankly, consistently goes above and beyond in the name of providing the best service possible for residents. 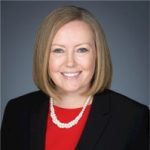 Why Heather is on the Traeger List: Heather ALWAYS makes time to lend a helping hand to anyone who asks. It doesn’t matter if you’re the most seasoned manager or just starting your career, Heather’s approach is that everyone can make a difference and this shows in how she treats her colleagues, coworkers, council, and friends. She’s also tremendously smart and can point you to the resources to help because of how closely she pays attention to local government trends and concepts.

More kind words: Heather is making a huge difference at ICMA and is driving that organization’s move to the 21st future on diversity, equity, and inclusion. 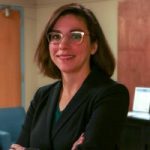 Why Melissa is on the Traeger List: Melissa wears many hats in her job with Tosa and she does it all with grace and talent. Seriously, there’s nothing that’s thrown her way that seems to ruffle or fluster her! I admire her career path because she’s always saying “yes” to new projects and in doing so, is growing her portfolio and has quickly become one of ELGL Sconnie’s most impressive managers. I can’t wait to see what comes next in her career and I would give my right arm to work for her. 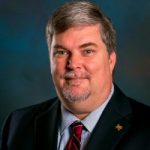 Why Clarence is on the Traeger List: Clarence is one of those local government leaders who makes you want to stay in the field. He finds joy and happiness in the work he does and he brings quality effort to every project. He also doesn’t shy away from the tough tasks, the long hours, the less-than-glamorous parts of public works and I admire that about him.

More kind words: He has one of the best public works director accounts on Twitter! 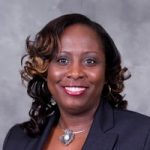 Why Opal is on the Traeger List: She’s running a city and she still finds time to reach out and check in on me and my work. It’s that type of motivation and support that makes me aspire to a career like Opal’s. She’s never too busy to find time to lift someone up and to make sure they’re doing okay in this crazy world of local government. I’ve also had a chance to learn from some of her staff at trainings and it speaks a lot about a leader when the people in their organization, are tremendously talented too because it shows they know how to identify and retain talent. That’s what Opal does.

More kind words: I have appreciated the leadership role that Opal has taken in TCMA and hope that she continues with that organization and ELGL! 🙂 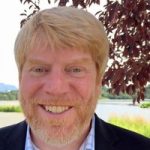 Why Brendan is on the Traeger List: The vision and aptitude that Brendan has brought to Anchorage can’t be measured. His degree of talent and also his national reputation in the civic technology space is unmatched and learning from him over the years has been remarkable. Anchorage has emerged from the “great alone” of Alaska as a national leader in innovation and civic technology and it’s all because of Brendan’s work on it.

I have benefitted from his Code for America connections and the ways that his relationships with people at CfA, Bloomberg, etc. have allowed the city to grow and build an innovation team that is self-sustaining.

More kind words: I think he’s probably the only person on the Traeger list who could lead a hackathon, which is something that more local government leaders should know how to do, IMHO. 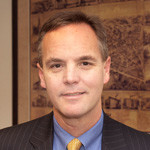 Why Jim is on the Traeger List: Jim’s approach to his local government career is to include everyone. Not just people who he deems important or who share his job title, but everyone – students, people early in their careers, people working in different areas of local government. That level of inclusiveness can’t be taught – it’s innate and just part of what a good guy Jim is, and how he approaches his work as a local government leader. He also devotes a lot of time to encouraging people working in local government to stick with it, and not give up when the going gets tough, and it’s that kindness that I think deserves a Traeger recognition. 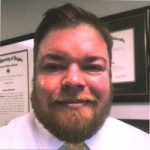 Why Charles is on the Traeger List: In his new role with the Virginia Institute of Government, Charles will get to do what he does best – make cities and town stronger and more impactful. It’s a perfect fit for him and his talents. Now he doesn’t have to be limited by just one organization, he can help many. I’m excited to see all of the good he creates in his role and how it will help Virginia local government thrive and continue to be one of the best states to work in local government in.

More kind words: His love of UVA is unmatched!