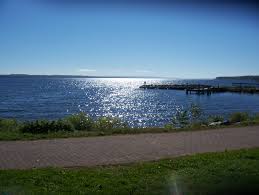 This guest blog is by ELGL member Matt Horn, the Director of Municipal Services for the MRB Group. We’re bloggin’ all month about parks and open space management as part of the 2019 #ELGLKnope bracket challenge to find the best public places in America! 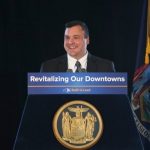 Change can be tough in local government.  Change that costs money can be even tougher.  For a fiscally constrained community (is there any other kind?), the idea of allocating funds to acquire new parkland, or even getting significant funding for improvements to existing play spaces gets piled on to the capital planning needs of the community, along with water projects, new police cars and fire trucks, and the glitz and glamour of a replacement payloader.

All too often, parks are viewed as a luxury, and are relegated to the back of the capital planning line. After all, how could a happy little tire swing compete with the pomp and circumstance of an asphalt mixer?

As with most innovations in the local government sector, the best path starts with the people themselves.  Around the country, residents and shop owners are taking the initiative to create incremental change in their communities—and parks and open space are at the top of the list.

In the planning world, they call it tactical urbanism. For parks, we should coin the term “guerilla recreation.”

While this does give the mental image of revolutionary rebels taking time off from polishing their AK-47s to play a quick game of Four Square, in this case we’re talking about low cost, incremental development of neighborhood amenities without mega government involvement.

Here are three quick case studies from my hometown of Geneva, NY.  I worked in Geneva at the depth of the great recession, and finding funds to support recreation was like convincing Ben Wyatt that calzones will always play second fiddle to pizza.

But Geneva has an active, engaged constituency of residents who weren’t taking “I’m not sure we can afford that” for an answer. Here are three initiatives they got moving to community acclaim:

I’ve observed some takeaways that made these and similar guerilla efforts successful and sustainable:

As with most change initiatives, the work is tough.  Thankfully, in this case, you’ll have an army of engaged residents and stakeholders there to do the bulk of the heavy lifting.  Now go outside and play! And don’t slam the screen door on your way out…

This blog shared as part of the #ELGLKnope award program focused on the best local government parks and open spaces in the United States! Nominate your favorite place today, and vote in the bracket challenges during March 2019!