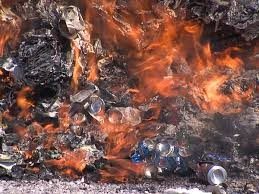 Each month, a guest columnist will share a story about a failure–and the lessons learned. This month, Matt Horn, Director of Local Government Solutions at IBTS,  shares his experience of rolling out Priority-Based Budgeting. Are you interested in sharing your story as part of this new series? Sign up here to blog.

I want to open by saying that I believe that Priority-Based Budgeting is where it’s at (two turntables and a microphone).  It’s one of the only ways to really tell the story of how we’re investing in taxpayers’ resources.  It’s clear and meaningful—far more so than hundreds of pages of spreadsheets.  But, as with most innovations, in order to be used for good you must wield its power carefully.  Haphazard implementation renders its benefits useless and causes more harm than good.

This is the tale of a terrible implementation of an amazing tool.

The Impetuousness of Youth

Picture me in 2008—I was a brash young public administrator with piss and vinegar in my veins.  I wanted to change the local government world for the better, but I had my own way of getting there.  I had just accepted my first assignment as City Manager.  On my first day, my Finance Director came into my office, slid a piece of paper across the desk, and said:

“…just need you to initial at the top by your name…”

I looked down at the document, titled “City Manager’s Budget Directive.”  I was impressed with myself for knocking this out in the first 45 minutes of my tenure.  Nevertheless, I decided to ask her a few questions:

“How did we arrive at a spending cap of 3 percent?”

“How do we know that our revenues will support an across the board increase?”

“What guidance have we received from the City Council and the community about our direction?”

This was my first taste of the public budget process from an executive standpoint.  She did not take kindly to me questioning her work.  Quite simply, this was the exact same Manager’s Directive that had gone to the department heads for the last 8 years at least; maybe longer.  Who was this thirty-something punk to change it?

Suffice it to say, I didn’t let that document get out the door.  I wrangled the process as much as I could that year, and began plotting an all-out assault on the stuffy world of small city budgeting.  It took some time to get my feet wet.  A staffing crisis in 2009 wouldn’t let me make much headway on format, but I still challenged City Council to take the longer view, ask more questions, and engage the community more.  Upstate New York was in the grips of the Great Recession so revenues were down and nobody had an appetite to cut services.  Reserves were being depleted, and budget decisions were being made on a moment-by-moment basis.

A change of cast in 2010 brought on a new Finance Director and a new Deputy Director (the world famous Adam Blowers).  The Finance Director acknowledged that he was on his way to retirement, and handed over the budgetary reins to Adam.  We also had a new department (the Office of Neighborhood Initiatives) and along with that, a new department head (the even more famous Eric Ameigh).  These guys flooded City Hall with creative energy and enthusiasm, the likes of which hadn’t been seen since the grand opening of the Geneva Cutlery Factory.

Eric introduced me to the concept of Priority-Based Budgeting.  It was in the spring and our budget process was set to begin in about 8 weeks.  I learned everything I could in those eight weeks, which as you can imagine (or infer from the title of this post), wasn’t enough to do the trick.  But I was young and passionate (read: stubborn).  Adam and Eric encouraged me to wait a year so we could workshop the concept with some stakeholders and build support for the model.  I refused and pressed on.  At my own peril.

I quickly divided the city’s operations into three areas:  Administrative Services, Community Services, and Public Safety.  I appointed the City Assessor and Eric to head up the AS and CS work, respectively, and an up-and-coming Police Officer to head up Public Safety.  The three drafted Calls for Proposals, met with their respective teams, and developed budgets for their programs.  I forced those budgets into a model I had gleaned in my (not so) extensive research on the topic, wrote lots of flowery narrative, and released a really cool (looking) budget product.

It started with a spark.

My process (even up to my last budget) is to hold onto the final document until I make a presentation to the City Council.  Only myself and Adam ever see it until the last PowerPoint slide falls.  I dazzled (most of) City Council with this new concept (in theory), boasted about a third consecutive year with no tax increase or service cuts, and promised that the deficit spending was over.  I answered the questions thoroughly and honestly, and my team of service area captains were on the front row to support me.  All was well…until…

The next day, the newspaper called me to get an interview on the new format (by the way, mistake number one is treating this like a format change).   They were bewildered by the lack of line items and the density of the narrative.  They had a few questions:

I was frustrated by their stodginess.  Didn’t they know this was a revolutionary approach?  Who cares how much we’re spending on office supplies and oil/grease (I’ve been a City Manager or Assistant City Manager for almost 20 years and still don’t understand why we use so much grease)?  For the first time in history, you know exactly what is getting done.

Then the crackling—as if by the campfire on a cool autumn day—but what’s that smell?

Back at my office, department heads were starting to line up.  They had questions of their own:

I was furious.  How could they not have bought into this amazing new way of managing?  The shackles were off!  You want to spend $50,000 on whistles? Go ahead!  A fancy, untested piece of equipment just burning a hole in your pocket?  Have at it!  All I ask is that you get these tasks completed.  No more meetings where I bemoan the overages on chlorine.  No more stern emails cautioning you to watch it with all of the mileage reimbursements.  We trust you to get the job done!

Then the whoosh of air, being drawn into an unmanageable blaze, the billow of black smoke, and the stench of week’s old waste being gobbled up by the flames.

The first City Council calls came in later that afternoon.  “Put it back!” “We didn’t authorize this!”  Understandably, and as you might have expected by now, Council had put together a thoughtful list of inquiries:

By now, I knew even the ISO 3 rated Fire Department that was trained and ever ready to handle such a blaze (as outlined and funded in the “Fire Prevention and Training” task–Task 3.8.1 for those scoring at home) couldn’t douse this inferno.  Priority-Based Budgeting was doomed to go the way of the Dodo Bird and movie rentals.   Department heads created workarounds (they had to, since nobody trained them to actually administer the darn thing), which resulted in even less accountability than ever.

The final flame burned out in May of 2012—nearly two years after the blaze began.  Our external auditors were severely critical of management of the effort, noted increased deficits, and suggested that we were far less efficient without line item discipline.  The fire was out, but the devastation remained.

Someone much wiser than me (obvi) once said “…never let a disaster go to waste…”  I carry the lessons learned from the Great Budget Garbage Fire with me to this day.  The lessons here are critical for implementation of Priority-Based Budgeting—but can be applied to the deployment of any innovation.  If we’re going to fail forward, we must learn in the process.  Here are a few takeaways:

I know all of this sounds dramatic and far-fetched.  Believe it or not, I watered it down a bit.  The bottom line is that, if your budget doesn’t work, nothing else can.  I lost friends, sleep, respect…all the while thinking that history would judge us as innovators.  They likely will.