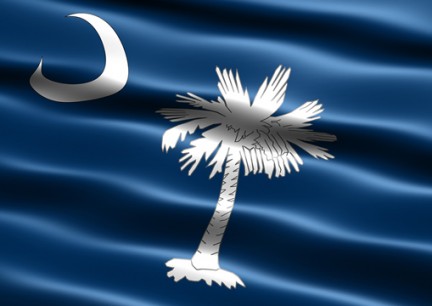 For many Oregonians, South Carolina may seem like a foreign country with odd characters such as Mark Sanford and Pedro from South of the Board. Well, ELGL chooses to associate South Carolina with Charleston, Stephen Colbert’s sister, Hootie and the Blowfish, and Pat Conroy. (Lord of the Discipline is a must read and a good summer read.) We also feel compelled to mention our love of the House of Cards episode where the Gaffney peach is the main character.

We have enlisted Katherine Hendricks, Pickens City Administrator to represent South Carolina in the Fifty Nifty project. Thanks to Justin Powell, Budget Administrator at City of Greenville for the recommendation.

Just 20 minutes from downtown Pickens, Scenic Highway 11 runs through northern Pickens County, providing easy access to Table Rock State Park and other magnificent sites. Greenville and Anderson are about 30 minutes away on the thriving I-85 corridor and the Pickens County Airport is 6 miles to the south. Clemson University is about 20 minutes away.

The town of Pickens, named for the Revolutionary War hero, General Andrew Pickens, was moved in 1868 from its location on the banks of the Keowee River to this area of natural beauty, with a panoramic view of the Blue Ridge Mountains, so that the County Seat would be near the center of the county.

Editor’s Note: Katherine prefaced her answers with “I may regret sharing all of this, but its attached!” Let’s find out.

Everything happens for a reason. Sometimes you have to look hard to understand the why, but you must make it an opportunity.

Dave Mathews Band and U2.

spend a year traveling all over in Europe, Africa, and Australia.

Most influential book in your life.

The Little Engine that Could

It’s very clean with the exception of white dog hair. I can’t stand clutter in my car—at all.

Live each day like it’s your last because you only get one life.

Give us three bullet points that best describe local government in South Carolina.

My dream my entire life, believe it or not, was to be an attorney. A prosecutor. I lived for Law and Order and the Socratic style of learning and the debates that came with it.  When I finished my undergrad, I was heartbroken that my LSATS scores weren’t high enough to get me into a top 50 law school. I decided right away if I wasn’t going to a great law school, I wasn’t going at all. I always knew I wanted a higher degree, so I immediately went after my MPA. Immediately I found my passion for local government and realized I was meant to be in this profession. I grew up the daughter of Main Street business owners and with parents who were on school board and ran for state public office. I grew up going to work on campaigns and the Republican State Convention and Rotary Club. Public service and politics is deeply rooted in me.

During graduate school, I took an internship with the City of Pickens. After 1 year, our City Administrator took a new job and I was promoted to an Assistant Administrator. For six months I worked with a retired manager serving as Interim. After 6 months, he handed the reigns to me—at 24 years old. I am still the youngest in the state and some think I was one of the youngest managers in the country at 24. 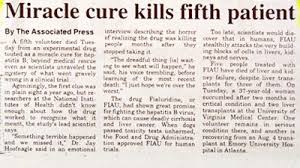 No one understands what I do. They think I am the Mayor or they don’t know the City from the County. I think the burden rests on me to communicate it to the public. Maybe I should write more articles or go speak to more clubs. I think if we can start to educate better in high school and undergrad, we will help the next generation.

Yes, I would definitely. I would caution them though that they must have thick skin and they must understand that politics often cloud what seems to make perfect business sense. It is not the private sector!

My mother—who made me a strong headed woman. I am fearless because of her encouragement.

My uncle Richard—obsessed with excel budgets for everything—he has made me fiscally responsible first personally, which I think has given me a better lens for the public sector.

so much faster and paperless thanks to electronic submissions and communications between all branches of government. We may be “efficient” by then, but we can’t do it alone—the state and federal government will need to be ready too.

What would I say to young professionals and graduate students looking to be a city manager?

I would say to make sure your motivation is deep inside of you. You will instantly learn how much your private sector friends make and you will be beat up on the blogs and in the papers. You must be strong and have a vision that is unwavering. As in Rotary International, city management should be service above self.