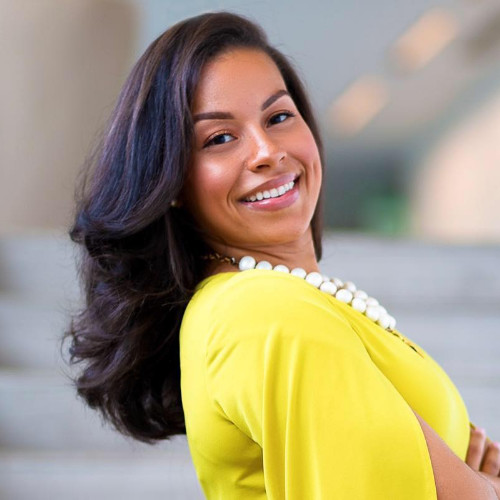 This guest blog is by ELGL member Kelli Bennett, the Director of Communications for the Georgia Municipal Association.

Want to write for ELGL? Send us an email and let’s connect!

Story time: Flashback to December 2014 at the height of holiday shopping season, and there I laid on my back in the middle of one of Atlanta’s busiest malls, Lenox Square. No, this wasn’t an adult temper tantrum over a missed sale, but my first peaceful protest. A part of the (then) #ShutItDownAtl movement this “Die in” was arranged by the NAACP youth council and the National Action Network to shed light on and protest the death of Eric Garner and the others murdered by “hands of the system.”

As shoppers stopped to take photos, join our moment of silence and read our pointedly pinned protest signs, I didn’t realize that I was exercising the power of the “agency” that I had. Some define “agency,” as your reach, sphere of influence or your pulpit. The acclaimed urbandictionary.com notes agency as “one realizing and uses their power to further their ends.”

Fast forward six years after that peaceful protest in Lenox to today, I realize that I have another obligation to use my agency, that of having a director role in a state municipal association and being a woman of color.

The Power of the Pulpit

The pulpit, defined as “a raised platform or lectern in a church or chapel from which the preacher delivers a sermon,” is something that we are all familiar with. Whether you’re like me who remembers growing up and attending long Baptist church services with your grandma or have seen them in classic movies, we are all familiar with the image and representation of a pulpit in religious standards. But, what about the symbolic pulpits that we occupy every day in our individual lives—the roles where people listen to, trust and admire us?

Over the years I’ve worked to equip myself with more knowledge, understand the power of my vote, build the courage to speak truth to non-people of color about racism and white privilege, and uncover ways to encourage and uplift Black Lives. But I would lie if I told you that I’ve employed my influence and agency to its greatest extent—one necessary to keep both hope and the momentum of this movement alive.

I join many (maybe even you) who have reached this metaphoric fork in the road, asking ourselves: Now that I’ve seen all of this injustice, the murder of George Floyd, the lynching of Ahmaud Arbery, the slaying of Breonna Taylor and hear the cry of black voices for advocates, what can I do to help?

As I seek to answer this question, one reality we all know is that the risk of doing nothing in this moment is far too great. With that in mind, here’s how I’m striving to exercise my agency through my work with the Georgia Municipal Association.

What started with me assisting to craft a statement from our officers, has quickly grown to real work and plans. These plans include the creation of an internal, staff-based Equity and Inclusion Task Force, a soon-to-come statewide town hall, the urging of our 538 cities to contact members of the General Assembly to ask for swift adoption of  Georgia’s hate crimes legislation, building an online toolkit for cities to use as a foundation for open and honest discussion and the planning of a mandatory diversity and sensitivity training for elected officials across the state and our GMA staff.

As I type this, there’s a beam of hope that shines in me for sustainable change and equity. I’m proud in the efforts and pledges that GMA leaders and the association’s officers have taken to combat systemic inequality of Black people in America.

The examples set and risks taken by these leaders, further emboldens me to ignite my own influence. As one of the co-chairs of GMA’s internal committee, I have already held some pretty groundbreaking conversations with my white colleagues who want to stand along me as advocates but have no idea where to start or how to address racism displayed by their own loved ones. Some of these one-on-ones have literally left me in tears of gratitude that I’ve been trusted with this agency and trusted by my peers to have uncomfortable, yet necessary conversations. But I also realize that taking full advantage and productively using this pulpit isn’t a choice, but a responsibility. As a person of color, I am standing on the shoulders of strong ancestors and civil rights activists that literally gave their lives for the voice I have today.

GMA’s Executive Director Larry Hanson has charged both staff and the association’s 26-member Equity & Inclusion commission to four things: listen deeply, unite widely, act boldly and deliver results. Friends, I share these same charges with you! it’s time to set the standard and illustrate a willingness to stand in solidarity in opposition of racism, violence, and acts of injustice and inequity, and bring people together to create lasting change in your states, your cities, and in the hearts and minds of everyone in your spheres of influence.

Larry encouraged us to “unite widely by starting with the things we agree on: that we all deserve to be treated equally, fairly and justly under the law and by the institutions of society.” When we have a common goal, we can get things done.

For many, the introduction to action starts with conversation. The power of conversation—true healthy and active dialogue—is your opportunity to go deep into your thoughts to unearth ideas you never knew you had and biases you never thought existed. They also allow you to brainstorm substantial steps you can take. These conversations can happen everywhere—virtually, during a socially distant meeting, on your social media platforms, with your boss and colleagues, family and friends.

Take the time today to make a list of those you have access to through your influence. This could be entire organizations, small groups of people or just one person to start. There’s a high probability that there are some people on this list who will never get the opportunity to listen deeply, unite widely, act boldly and deliver results if you don’t introduce this opportunity to them through the power of your pulpit.

And, to those still working up the courage to use their agency or seeking direction, remember that just because you have not fully realized your role in this revolution yet, doesn’t mean that you don’t have one. It’s time for us to allow the ideas in our mind to be fueled by the convictions in our hearts, because that’s when the action happens! It’s up to us to take control or our agency and do our part at redeeming the soul of America.

We are in this together!

-Kelli B., A Woman on a Mission

-Kelli B., a woman on a mission