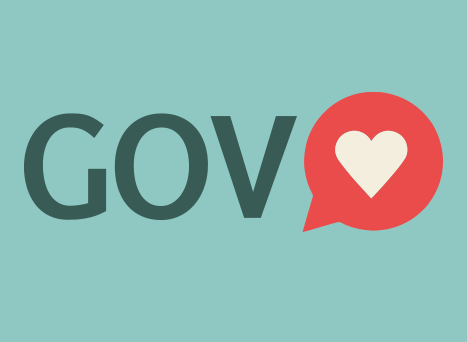 What’s it like to balance a two career household when both people are in local government? Meet Bo and Michelle Ferguson, they’ve been doing just that for most of their careers and have found a way to make it work. Listen as they discuss their career paths, work-life balance and eggnog recipes with GovLove producer Ben Kittelson.

Episode 32: A Citizen Champion: Nadine is a small business owner, by day AND night, Nadine is a champion community advocate for her neighborhood nestled in New Haven, CT. Alone she is a force to be reckoned with, but one of her true strengths has been in bringing her neighbors in to work together for causes and projects too big for any one individual.

Episode 30: We sit down with these three community champions: all women, all hired exclusively to engage with their surrounding communities for organizations thatare working to make New Haven an increasingly more connected place to live:

Episode 29: This week the GovLove team sits down with Tim Wolff (Lake Isabella, MI), Matt Yager (Plano,TX), Mike Ekey (Raymore, MO) and Ben DeClue (Lebanon, MO) as they discuss the benefits and drawbacks of ICMA’s Tenet 4, which includes a guideline directing ICMA members to serve a minimum of two years in a job. Tim, Matt, Mike and Ben bring their unique perspectives to this GovLove episode.

Episode 28: This week the GovLove team sits down with Martha Perego from ICMA and Julie Underwood the Assistant City Manager of Daly City, CA to discuss one of the hotly debated guidelines for ICMA members, the two year job requirement. This is part of the ICMA code of ethics and essentially encourages members to stay in a position for at least two years before moving on. Ben explores this guideline and more in our latest episode.
Episode 27: Michelle Lee is CoFounder and CEO at Textizen, an SMS civic engagement platform that combines the best of analog and digital outreach. Michelle went from UX Designer at Google to Code for America Fellow in the City of Philadelphia — dedicating her work to thoughtful, user-driven projects and initiatives spanning the public and private sector. In this episode we discuss a range of ideas, from exploring the intersection of civic technology and community organizing to how local governments can operate in a world of fragmented communication.
Episode 26: In honor of the recent holiday we’ve got a local government themed halloween story. What would your town do if about 80,000 people descended upon it for a night? That isn’t a bad dream, it happened to the Town of Chapel Hill, NOrth Carolina in 2007 and even in the years since, with efforts to reduce crowd size, about 40,000 costumed revelers come to the town annually. Ben talks with Chapel Hill Police Chief and interim Fire Chief Matt Sullivan about all the work that goes on behind the scenes to put this event on.
Episode 25: We talk with Greg Stopka, Central Regional Director at Alliance for Innovation. Not only does Greg break down for us the definition of innovation, giving it new and tangible meaning, but he tells us what it means to build a culture of innovation and the nest big things facing local government.
Episode 24:  We introduce a semi-recurring series called ‘Between Two Interns,’ and talk with the Oregon Local Government Interns. Roger Gonzalez and Mark Yager discuss everything from their impressions of Oregon to the term millennials and the projects they’re working on.

Episode 23: In this episode of GovLove, Liana Epstein tells us about City Atlas New Haven, a new project about the future of New Haven. City Atlas is a bottom-up publication that highlights the good initiatives happening throughout the city with the goal of working together toward a greener, greater future for the city. In particular, Liana talks about the powerful role of listening in community initiatives – and listening a lot.

Episode 22: In this episode of GovLove, we talk with Cam Marston, an expert on the impact of generational change and its impact on the marketplace. As an author, columnist, blogger, and lecturer, he imparts a clear understanding of how generational demographics are changing the landscape of business. Recently, Cam shook things up at the League of California Cities Conference during his presentation on generational differences. Several ELGL members took notice and engaged in a lively Twitter discussion focused around some of Cam’s research and comments.

Episode 20: Co-Founder of the Center for Priority Based Budgeting

Episode 18: Open Data with Ryan Mannion, Socrata: This episode is super special and super short episode. Our guest/co-host/champion is Ryan Mannion. Ryan was a Co-founder of GovLove podcast — producing the first couple episodes to the millisecond, navigating the world of podcasting/RSS feeds, & being an all-around generative idea man. In this episode, Ryan will be telling us a little about what he’s doing now: in particular, focusing on #opendata and the upcoming ICMA conference. Hear more from Ryan in 360 Review with Ryan Mannion, SeeClickFix.

Episode 17: Asheville Budget Explorer: Anyone that works in local government knows that the annual budget is one of the most important efforts an organization goes through each year. But getting citizens involved can be challenging. Our two guests on today’s episode of GovLove has made efforts to make the City of Asheville more open so that more citizens can get involved and be heard. Eric Jackson is the Co-Founder of DemocracyApps, the non-profit company that created the Asheville Budget Explorer. And Tony McDowell is the Budget & Financial Reporting Manager for City of Asheville.

Episode 16: VetWheels is a program started in New Haven, CT in which veterans with serious mental illness learn bicycle repair, maintenance, and safety in a small group setting as they rebuild a used bicycle to keep for their personal use. In this episode of GovLove, we sat down with the Program Coordinator and Bike Mechanic of VetWheels to hear how this small program tapped into broader community efforts and how it can be replicated in other towns.

Episode 15: From intern to County Manager, Tom Lundy has become a legend in Catawba County, NC. He’s been the Manager at Catawba for 36 years as well as served as the President of ICMA, the National Association of County Administrators, and the North Carolina City-County Management Association. In this GovLove Episode, Lundy talks about his perspective on local government, how things have changed during his career, and some of his advice.  Supplemental Reading: Guidepost #11 – Tom Lundy

Episode 14: “A computer beat me once at chess, but it was no match for me at kickboxing.” Glen Oscko is chock full of these kinds of equal parts hilarious and true -isms for local government folks. As the founder of WeLoveLocalGovernment.com and a private consultant for public sector digital solutions in the United Kingdom, he knows what he’s talking about. Article: 360 Review with Glen Ocsko

Episode 12: How can governments increase their Twitter followers? Increase traffic to your parks? In this week’s episode of GovLove, Lori Hall (@LoriHall7), the Citizen Engagement Coordinator at the City of West Linn (@WestLinnUpdate), breaks down her strategy in detail.

Episode 11: Larry Laconi of SeeClickFix sits down with Denise Mercer, the Public Relations Specialist for Macon-Bibb County, GA. Denise has a tough role managing the concerns of both citizens and various departments in the county — but she does it all with poise, kindness, and humility.
Episode 10: Kirsten Wyatt of ELGL and Bridget Doyle, Community Relations Director for Sterling Heights, MI, dive into the important issue of increasing the percentage of women in local government. These two women have been champions in leading the conversation on how to speed up the glacial pace of women entering into the local government space.
Episode 9: How can counties and municipalities work together to improve citizen services? with St. Petersburg, FL and Pinellas County, FL.
Episode 8: Mayor Freddie Odom of Bluffton, GA wears many hats as an actor, published author, teacher, and the 1st Mayor with autism in the United States. In this episode, he tells hilarious stories & gives advice worth writing down to remember.
Episode 7: Tucker Severson of SeeClickFix sits down with Chris Osgood and Nigel Jacob, Co-Founders of the City of Boston’s Mayor’s Office of New Urban Mechanics, the research and development group for the city. These two have been tasked with solving really hard problems facing the city in innovative ways. How can you be an urban mechanic for your city?
Episode 6: Interview with Bertha Johnson and John Allore, Budget Director and Assistant Budget Director of Durham, NC Released: Jun 26, 2015.
Episode 5: Finance Director of the City of Milwaukie. This episode walks through Casey’s creative path to local government finance leadership! Released: June 17, 201
Episode 4: Ron Cochran is the Communications Director at the City of Malden, MA. He’s developed an EPIC communications strategy in Malden — and he’s got some buffed-up metrics to prove it. Released: May 8, 2015.
Episode 3: Interview with Ben Kittelson, Budget and Management Analyst for Guilford County, North Carolina. Released: May 8, 2015
Episode 2: Kirsten Wyatt, co-founder of ELGL, oversaw the City of West Linn transition out of an embezzlement scandal to become one of the best cities in America to live. Released: May 8, 2015.
Episode 1: The inaugural GovLove podcast featuring Kent Wyatt, Co-Founder of Emerging Local Government Leaders (ELGL). Caroline Smith (SeeClickFix) and Kent explore what it takes to innovate in local government. Released: May 8, 2015.