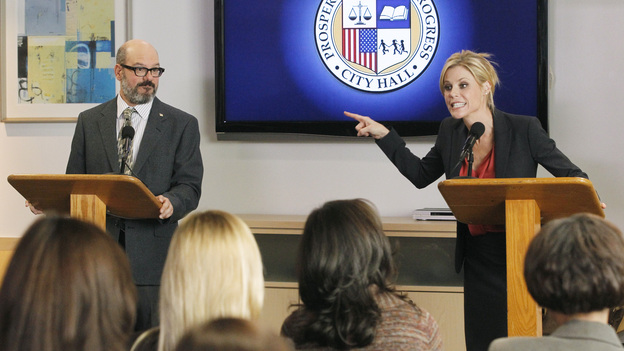 Now that I’ve had the pleasure of being both a City Manager (CM) and an Assistant City Manager (ACM), I thought it would be helpful if I shared my perspective on the role of the assistant, or as I like to refer to it, “the greatest job ever!”

Before writing this article, I wondered if there were other sources that spoke about this subject. I checked out ICMA and came across a resourceful guide titled, “Preparing the Next Generation: A Guide for Current and Future Local Government Managers, (2003)” edited by Frank Benest. Within the publication was an instructive article titled, “We’re in This Together: Managers and Assistants in Powerful Partnerships,” written by Assistant City Manager Audrey Seymour. To prepare this article she interviewed 30 city managers and assistant city managers in California. It’s well written and has lots of good advice for building a strong partnership – I highly recommend reading this.

I want to take a different approach and talk about why this role is so important to the city manager and what makes it a great career choice.

When I got into the business in the late 1990s, I recall a debate among city managers and assistants about the expectation that managers had for their assistants to become managers. In other words, in some cases it was frowned down upon if you choose to be a career assistant. Ultimately, the expectation was that you had to make your way to the top.

While this may sound “old school,” I get it. When I was in the process of selecting my ACM, I wanted someone who could step right into the CM role and carry on the organizational vision. Having seen how one election can make a huge difference in the makeup of the governing body, I thought it was important to select someone who could succeed me in case of an early departure. Side note: as some of you know, I left my position to support my spouse’s new job opportunity with Google in Mountain View, CA. The Shoreline City Council appointed Assistant City Manager Debbie Tarry as the new city manager (excellent choice!). As I’ve learned, you never know what can happen.

Fast forward to 2014, there are lots of “career assistants” and for good reason. By the way, I’m defining a “career assistant” as someone who is choosing to be an assistant but has the skills and experience to be a manager. What’s the appeal?

Two Careers – Back in the day it was very common to see city managers be the major, or only income, earner in a household. Today it’s becoming more common to see both spouses have fulfilling careers. The career of your spouse matters just as much as yours. Therefore, there may come a time when your family makes a decision based on your spouse’s career and not yours.

I’m Not Moving! – When there are two spouses with promising careers, mobility becomes a real issue. For many professions, but especially this profession, upward movement means career advancement. However, moving may mean that your spouse has to leave their job, or it means moving away from your parents, or it means your children have to leave their friends, which is not good if your children are teenagers.

It’s Not My Top Priority – Getting back to the debate of the 1990s. The expectation that an assistant had to become a city manager regardless of personal circumstances or desire seemed too black and white. I’ve known plenty of assistants, men and women, who have preferred the assistant job because they valued having a life that wasn’t consumed with work. Life-work balance was their priority.

Been There Done That – After having multiple bosses, there comes a day when going back to one feels right. Speaking only for myself, I always felt the weight of the world on my shoulders and at times the stress was tremendous. And while I know I can succeed in the top job, I don’t feel I need to be the manager to make a meaningful difference.

To Be Trusted is a Greater Compliment than to be Loved

As I stated, the ACM job is a great job! The ACM role affords you the ability to be highly involved in all aspects of the City Manager’s Office yet safely at arms length. When I was an assistant I enjoyed being a close and trusted advisor and having that kind of influence. And it was freeing to know that it was the manager’s decision—the responsibility rested with him. My duty was to get behind that decision, to support him, and be his biggest champion and advocate.

Depending on the needs of the organization, as an assistant you could be involved in projects or with departments that you truly have an interest in. For example, when I was an assistant I was most interested in organizational development and as a result I was able to work on projects such as delivering communications training, conducting employee satisfaction surveys, and focusing on efforts that shaped our culture. It was gratifying to have assignments match my strengths.

In addition, I was directly involved in many of the outreach and public process efforts from our most controversial roadway project, to the parks bond, and to long-range financial planning. I acted as the manager and Council’s representative at many of these citizen committee meetings. I was responsible for ensuring that the manager and Council stayed in touch with the community’s points of view.

My manager shared confidential information with me and used me as a sounding board. When he struggled with issues, we could talk them out, and he always valued my opinion. There’s something very special about being someone who your manager trusts. George MacDonald said, “To be trusted is a greater compliment than to be loved.”

Needless to say, it is the manager’s prerogative to determine what the assistant is responsible for managing. When I became a manager, in order for me to focus on the Council and their goals and priorities, I assigned the ACM the entire agenda planning process. She had authority to approve agendas and staff reports, escalating controversial policy items. Conversely, when I was the ACM, my manager oversaw the agenda process and wanted the responsibility for final approval. Again, it’s really up to the manager. Figuring out who does what starts with a conversation with your manager, which continues indefinitely. As you know, your environment is constantly changing so be flexible and ready for “duties as assigned.”

Recently I’ve seen a few of my seasoned colleagues go from manager back to assistant. Having served as city manager, these assistants can appreciate the challenges and demands of that role, and these relationships can produce an exceptional partnership. Managers know they have walked in their shoes and can step up should it be necessary. And the respect that these assistants have for their manager is enormous.

To Be, Or Not To Be, A City Manager — That Is the Question

My manager was highly engaged in helping to prepare me for the manager role. Obviously, we knew that I would need to compete for the job but he did all that he could to teach and train me. In addition, if you’re a possible in-house candidate, you’ll have co-workers and community members who’ll want you to apply for the job. They’ve also invested in your growth and development and want to see you succeed. Naturally I felt some outside pressure to take that next step. Moreover, I felt it was an opportunity that I needed to seize upon. I didn’t want to feel regret had I not competed for it. I felt ready to rise to the occasion.

That’s my personal journey, but ultimately, everyone’s story will be different. The decision to apply for that next step is yours and yours alone. And my feeling is that whatever you decide, it’s the right one.

As an assistant, I had the opportunity to be mentored by some outstanding managers and I was given lots of room to learn and grow. I was able to form relationships with the Council and community members and be involved in critically important projects. Best of all, I was a key partner in helping the manager shape our organizational culture and implement his vision. Of all the jobs that I’ve had throughout my life, I really do consider it one of my most favorite jobs.