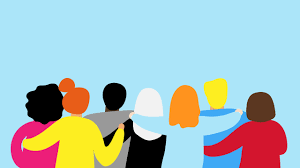 Today’s morning buzz is brought to you by Jessica Chernich, Management Analyst for the Village of Beach Park, IL. Connect with Jessica on LinkedIn and Twitter.

There is no shortage of qualified women in the United States to fill leadership roles. In fact, more women hold both Bachelor’s and Master’s degrees than men, yet across the board (in both the public and private sectors), men are more likely to outearn women AND secure top-tier leadership positions. Gender bias plays a prominent role in this. This bias affects not only equal pay but in many cases the ability to build confidence and develop the skills necessary to secure leadership roles that so many women aspire to obtain. We MUST create spaces of equity for women in the workplace. One way to achieve this is through allyship.

If you would like to be an ally but are not quite sure how or where to start, I have outlined 5 steps that you can take toward becoming an ally for your female colleagues.

If you see it, say something. Address sexism on the spot. Sexism undermines women’s professional reputations as well as their confidence, and speaking up when an inappropriate comment is made reaffirms to others that sexism will not be tolerated. Examples: If women are always the ones asked to fetch coffee, clean up public spaces, or take notes in every meeting, question the practice, or even better, volunteer yourself. If a colleague makes a sexist joke, speak up and let them know why it’s not okay.

It is no secret that mentoring relationships positively affect the trajectory of an individual’s career, and women are 24% less likely to receive advice from senior leaders within their industry. Make it a priority to mentor and/or sponsor females within your workplace and field. It is common to want to mentor someone who reminds you of yourself early on in your career, but this is very problematic as it perpetuates the systemic underrepresentation of women and people of color in leadership. Challenge yourself to fight your own internal biases, and consider mentoring more female colleagues.

More often than we realize, our preconceived notions about people impact how we treat them. We often subconsciously assume things about individuals in the workplace, especially women. STOP assuming that you know what women want (or do not want) and STOP assuming what women may be thinking. You know the old saying regarding assuming….

When you do this, you are taking away their voice, and more than likely your assumptions are inaccurate, and to the detriment of your female colleague’s career goals. Not all women want to have children and those without “caregiving duties” shouldn’t be expected to work more hours. On the flip side, working mothers should still be considered for the same positions and opportunities, as their colleagues without children. A supportive workplace means open-mindedness and allowing individuals to make their own choices. Make it a priority to ASK instead of ASSUME!

Seemingly the most simple, yet a skill that requires a lot more work. Listen to your female colleagues with the intent to understand, not the intent to respond or react. Many times, when women speak up to offer their perspective or a new idea, it is met with additional questioning and/or confrontation and oftentimes ends in someone else repeating what she said as their own idea. Believe the women in your office when they express concerns, and allow them to be experts on their own gender-related experiences. Validate those shared experiences, even if you are feeling called out. These things can be uncomfortable, but they are SO important for progress. Be proactive, and ask your female colleagues how you can be a better ally.

Many individuals are personal allies to the women in their lives—mentoring them, having tough conversations with them about their career goals and accompanying struggles, and in general, empathizing with that woman’s viewpoints. These are all great things, but these are things that take place out of the public eye. Being a personal ally is much easier than being a public ally. I challenge you to put yourself out there as a vocal advocate to women. Offer women a seat at the table, publicly amplify their voices, and actively make space for women in male-dominated industries.