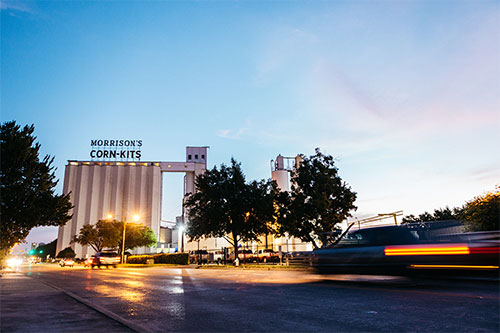 In this series, guest columnists respond to one of three topics selected by ELGL co-founder Kent Wyatt. This week, Kathryn Welch, City of Denton, Texas, writes about the importance of a capital improvement program.

I think we have all asked ourselves what a capital improvement program is at some point in our local government careers. I definitely have. It wasn’t until I started working for the City of Denton, Texas’s Capital Projects Department that I ever thought about who funds and builds core infrastructure, such as roadways, water/wastewater systems, and traffic lights.

So what is the CIP and why is it so important that we communicate it properly to our councils and residents? A capital improvement program is a city’s roadmap (literally and figuratively) to how it will fund, develop, and improve the city’s infrastructure in future years. Typically, infrastructure projects are costly, lengthy in duration, and require the City to take out debt. The CIP makes up a large portion of the City’s overall budget and can cause major disruption to citizens lives during construction.

Improving and adding to a community’s infrastructure is essential to providing safe travel, less congestion, increased mobility, and improved water and wastewater delivery, to name a few benefits. It is important for cities to communicate the reason behind the CIP because not only do councils and citizens have to approve the program’s budget and debt issuance, but the public also has to live through the construction phase. However, there are strategies to connect the community to the importance of the CIP, including educating people on why improvements are needed, maintaining a constant line of communication with the public prior to and during construction, and getting citizen input during early planning phases.

It is important for a City to provide public education about the components of various types of infrastructure, why maintenance and reconstructs need to occur, and the process used to build and repair assets so that the public knows there is a beneficial reason behind the large expenditures and disruption to the roads. At the City of Denton, the Public Affairs team worked with the Capital Projects department to create a website dedicated to Denton construction. The site gives general information about the components of a road, what lies underneath the road, and why it needs to be maintained. It also provides more specific information related to individual construction projects, both current and future, explaining the need for the improvements. The Public Affairs team branded the page by calling it “Improving Denton” and now uses the tagline on all City of Denton construction projects.

A second strategy for connecting the community with the importance of the CIP is to constantly communicate with the public about current and future construction. While construction has many benefits in the long run, it disrupts people’s lives in the short term. Citizens need to know well in advance that their route to work is going to change for a couple of months or that they may not be able to park on their street for a week. Typically, if given enough notice, people are understanding. At the City of Denton, a weekly Street Construction Report is published on the City’s website, informing people of all current construction going on in the City as well as upcoming projects. In the weeks leading up to the project, the Public Affairs team sends out notices to the surrounding neighborhoods as well as posts information and detour routes on the website and social media. For larger projects with major road closures, the City will hold a public meeting near the area so that people can learn more about the project and ask questions. The City takes every effort to ensure that the public is aware of all construction so that people can make accommodations.

A third strategy for getting the public involved with the CIP is to ask for citizen and council input during the initial phases of a project. One way this can be done is by holding an open house for the public during a project’s early design phase. Usually before 30% design completion, the project is still conceptual in nature and is the best time for major changes. This allows citizens to express their concerns or suggestions before the project is too far into design for major changes. For example, if a road is being built through a neighborhood, the people living in that area will be most affected by the new road once it is complete. Residents in the area may want an additional traffic light or bike lane in their neighborhood, and early design is the time to make those changes or additions. This allows the public to actually be a part of the project and not just spectators.

A City’s Capital Improvement Program is a major part of the services provided by local governments. Improving infrastructure is a key component of a community’s sustainability and growth efforts. Due to the program’s large financial footprint as well as disruption to everyday life, it is very important to keep council and the public informed about what is going on and why it is happening. If a City is both transparent and accommodating to its residents and visitors, then people are usually understanding and want to be involved in how their community is shaped.