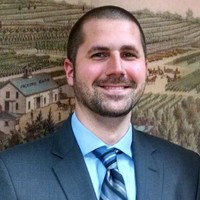 In this series, guest columnists respond to one of three topics selected by ELGL co-founder Kent Wyatt. This week, Adam Blowers, City of Geneva, New York,  Comptroller & Assistant City Manager, writes about the challenge of communicating budget information with the community.

I try to find the humor in every situation, which I’ve become quite good at depending on the type of sense of humor you have. Although it can become rather annoying during meetings when instead of trying to find a better way to handle a serious situation or answer a question, I am instead looking for the best joke to blurt out.

That’s why I’ve found the best way to communicate complex budget information is to make it funny. Because if you can’t understand something, you might as well laugh at it.

For example, why is every conference call always a jumbled mess of people talking over each other? It is physically frustrating and equally hilarious.

For me, a conference call consists of frantically checking to make sure the mute feature is on while I completely ignore the conversation and play “Conference Call BINGO.” Some squares include:

It can be a rather complex game. So much so that I don’t really listen to the call. I just wait to hear my name called and reply with an enthusiastic, “sounds good!”

As immature as I am, I take my role in finance at the City seriously and want everyone in the community to have the same information I have and know what I know. After all, I live here too and I want what is best for all of us so transparency is important to me. I like to be questioned and challenged to do better.

In Geneva, I teach what we call a Citizen Budget Academy where I go through our City’s budget process including revenues, expenses, capital & equipment, debt service, and taxes to help make sense of the process to members of the community. The only way to do this, and keep people interested, is to make it funny. That way, even if you don’t completely remember the concept, maybe you remember a joke about it that could help jog your memory somewhere down the road. I know local government finance sounds about as exciting as it gets but some people actually find it somewhat complicated and boring. And that’s where I come in!

I’ve found that laughter, while maybe not always the best medicine (although both Acetamino-FUN & Ibupro-FUN have fun right in their names!), it can be a great learning tool. Any teacher or professor I’ve had in my scholastic career that has been funny or made jokes to ease the burden of learning something complex has helped me retain information. And I remember them as well.

I actually did some research on this topic and found that, according to the American Psychological Association, “A growing body of research suggests that, when used effectively, classroom comedy can improve student performance by reducing anxiety, boosting participation and increasing students’ motivation to focus on the material.” My favorite part of that quote is the, “when used effectively” portion. Moral of the story here… your jokes better be good!

Now I’m not saying put together an entire stand-up comedy routine for everything you want to convey to the community. There is definitely a line between being distracting and being helpful. I find it useful to sprinkle in a joke here and there just to keep people engaged and interested. It’s also extremely important to understand your audience and keep things light. The underlying goal is to explain something people find complex or confusing in a simple and clear way.

It’s important to joke about things and have fun… but not too much fun. There’s actual work to be done! PS, I apologize for the acetaminophen and ibuprofen joke from earlier. I’m aspirin(g) to be better. Ugh, I cringe at myself sometimes.