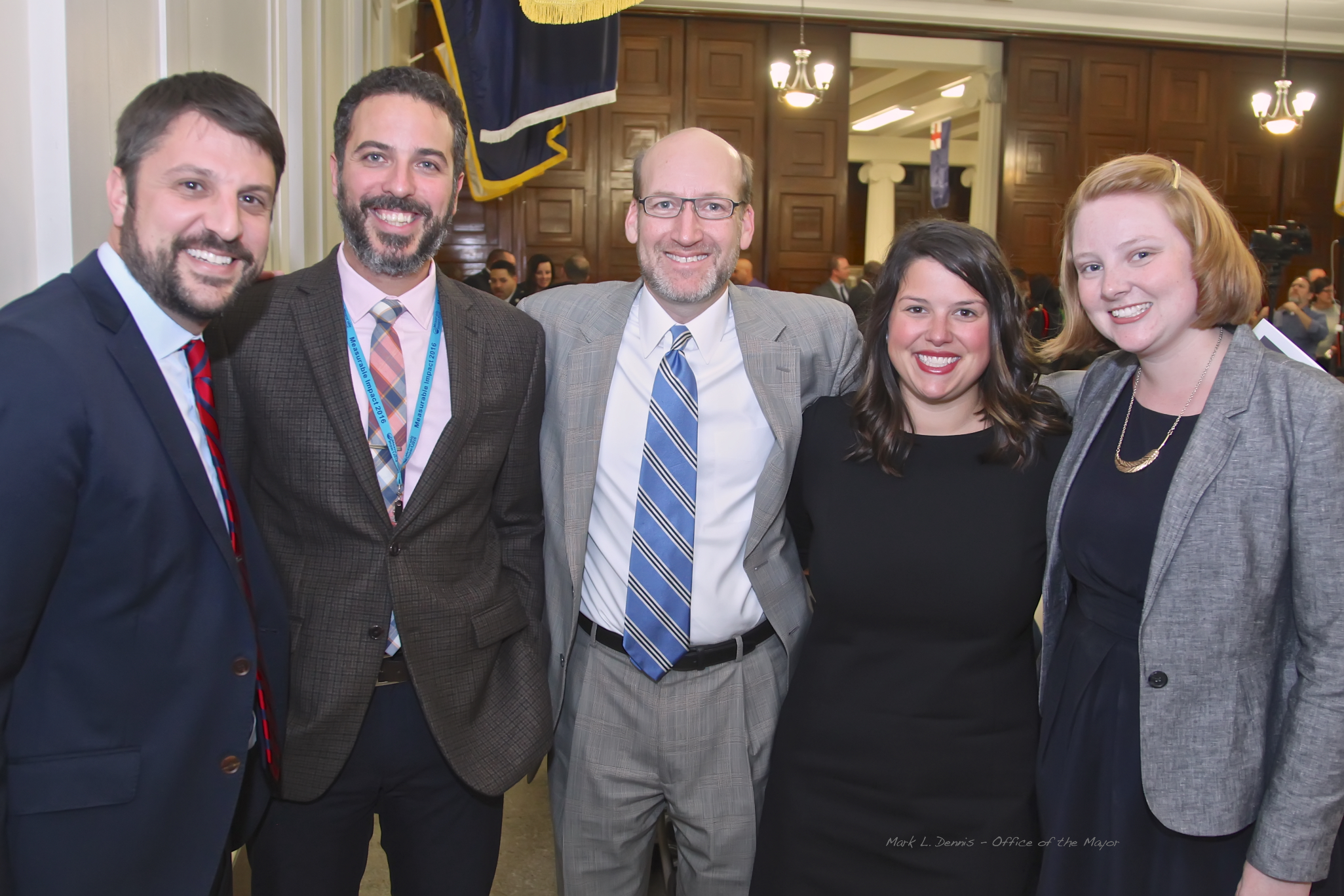 Do the words “innovation” and “budgeting” belong in the same sentence?  I say yes, but in most cities, counties, townships, school districts, etc. the way decisions are made about how to spend tax dollars hasn’t changed much in a hundred years.

We changed budgeting in Baltimore, which is the subject of my forthcoming book, City on the Line: How Baltimore Transformed its Budget to Beat the Great Recession and Deliver Outcomes, which will be released in September.

I hope the book inspires other local governments to take on their status quo spending models.
If budgeting feels like a death march in circles, it’s because of a concept you probably learned in high school physics class called “inertia.”  Dispensing with the technical mumbo jumbo, inertia basically means “a tendency to do nothing or to remain unchanged.” That’s the defining feature of traditional public budgets.

Pause for a quick science joke: I have a new theory on inertia, but it doesn’t seem to be gaining momentum.  Ba-Dum-CH!

Budgets are slow to change because, like glaciers, they are formed by the accumulation and compaction of layers over a long, long period of time.  In the case of budgets, the layers are decisions, good and bad, about how to spend available money, some of which might as well have been made in the Mesozoic Era, since no living human can explain them.

In light of the glacier analogy, I guess it’s a little ironic that many local budgets include funding for snow removal.

Funding layers form what’s called the budget base.  Once funding for a program or service gets into the base, it has more or less a lifetime membership.  The reason is that a service doesn’t make it into the base unless it has friends, usually some combination of elected officials and special interest groups.  These friends will come to the program’s defense against even the smallest of cuts.

The reality is that 99% of the services in local government budgets are unsupported by evidence of their impact.  Any given service could be generating life-changing outcomes, or it could be making people’s lives worse. The evidence vacuum of budget debates is filled by advocates and their anecdotes.

If cuts are necessary, they are taken across the board, because leaders don’t have the information or gumption to explain why a more strategic approach to balancing the budget makes sense.

Further, most local government budgets are like the proverbial black box.  They are long on accounting and short on accountability, and even insiders have trouble making heads or tails of them.

Looks forward instead of backward.  Outcome Budgeting starts with the outcomes your community wants to achieve in the future instead of with how dollars were spent last year.  Outcomes might include Better Schools, Safer Streets and Stronger Neighborhoods, and progress is measured by indicators like reading scores, property crime, and vacant properties.

Allocates dollars to outcomes instead of agencies.  In Baltimore, we gave the mayor and senior team each $100 of Monopoly money and asked them to distribute it into paper bags representing outcomes, based on how they thought the city should invest.  Their allocation bore little resemblance to how the city was actually spending tax dollars. Re-slicing the budget pie starts by taking pieces back from agencies, which are used to having money handed to them, no questions asked.

Defines (or redefines) services in a way residents can understand.  Services should be specific, costed out, and have a set of performance measures that tell the story of the service’s value.  Before Outcome Budgeting, Baltimore’s Department of Recreation and Parks had four large, amorphous services (General Recreation Services, for example).  In the first year of Outcome Budgeting, the department submitted proposals for 11 services, including Community Recreation Centers, Senior Recreation, and Aquatics.

Takes the budget to the people.  Employees and residents serve together on Results Teams, which review agency service proposals and rank them based on their alignment with outcomes, performance data, and evidence of impact.  Each team recommends to the mayor an “investment portfolio” for its assigned outcome. Results Teams bring budget decisions out of the back room.

Outcome Budgeting doesn’t take the politics out of budgeting, but it does increase what I call the Outcome Quotient – the percentage of budget decisions that are based on priority, performance, and rational analysis, versus political pressure.  Done right, Outcome Budgeting clarifies budget tradeoffs and shines a light into the black box. During the worst of the Great Recession, Outcome Budgeting helped Baltimore protect and enhance services that demonstrated results and eliminate those that couldn’t.

In recent years, a few hundred cities have implemented Priority Based Budgeting (PBB), a cousin of Outcome Budgeting.  With PBB, cities define services and prioritize them into four tiers based on a set of criteria, then discuss moving funding from Tier 4 (lowest priority) to Tier 1 (highest priority).  Toledo, Ohio has used PBB to engage the business community in how to use public-private partnerships to improve service delivery.

Traditional budgeting’s days are numbered.  The budget revolution has begun!