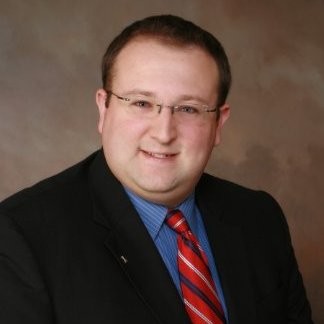 In this series, guest columnists respond to one of three topics selected by ELGL co-founder Kent Wyatt. This week, Tim Wolff, Lake Isabella, MI Village Manager, writes about his 15-year tenure. Sign up to be a guest columnist for this series.

This February will mark my fifteenth anniversary as the Village Manager for the community of Lake Isabella.  Fifteen years is a lifetime, actually two lifetimes, when it comes to local government administrators. I can genuinely say that I have been fortunate to have a stable and supportive legislative body during my service which has allowed me to grow and develop into the professional, and person, I am today.

Along this journey, there are a handful of guiding principles that I have come to embrace and have used to shape our organizational culture.  In no particular order, I want to share the following with you in the hope that it will benefit you both professionally and personally.

This one is two-fold first, as the CAO proper deference has to be given to the elected body you serve.  There is a reason why this form of government is called the “Council-Manager” form. I don’t believe it was accidental that the word “Council” precedes “Manager.” Your job is to provide fair and equal treatment to the members of the elected body, research policy options for them to consider, and implement the policies which are adopted.

Sometimes they will follow your advice; sometimes they won’t.  No matter how much time and work you may have invested in a project, if the legislative body doesn’t want to do it, that is their right.

One of the most common questions you will likely get asked if you interview for a City/Village Manager position is “are you a leader or a manager?”

I believe the answer is both.  While you need to be a Manager for the elected body, for your team you have to be a leader.  What that looks like for me is the concept of a peach tree. In a typical organizational structure, the City/Village Manager is usually at the top when it comes to staff with the structure flowing downward in a hierarchical manner.

While that may be a good illustration of what the corporate ladder looks like, it fails to illustrate a successful team model.  The purpose of a peach tree is to produce fruit. Your role as a leader is to be at the base of that tree making sure all of the proper resources are being sent up the tree to produce great peaches.  Have you created a safe work environment? Have you made yourself available to your team? Have you communicated vision and expectations? Have you sufficiently supplied the group to meet its needs? And, have fairly compensated your team for the work they do?

When you are the CAO or CEO of an organization, the fault for when things go sideways rests on your shoulders.  By no means does this mean that you give people a pass for any role they had in the situation, but you cannot separate yourself from those times when your organization did not meet its goals or expectations.  Chances are, if you look back over the things a leader is supposed to do in the pervious point, the failure lies in one of those areas.

Praise in public, critique in private

Whether you are in front of your team or sitting in the middle of a Council meeting, you have to be mindful of your communication.  While the purpose of a meeting of your legislative body is to conduct the community’s business in an open and transparent setting for the public to see and participate in, some discussions often need to be had before or after a meeting.  Dealing with those issues in a safe environment that does not embarrass a team member or Council member is always wise.

When the organization succeeds, give credit where credit is due.  Make sure your elected officials know what contributions were made by your team members that produced the outcome that was needed.

There are only three ways to treat people:

Whether you are in your office, out to dinner with your partner, or reading the comment section of your local newspaper, I believe you should always try to treat people as respectful and polite as possible.

I’m sure our office is unique in that we from time to time will do get a visit from a resident who is, shall we say, less than happy with their government and expresses those emotions in some harsh terms.  It may be tough to do, but try to give people the benefit of the doubt. Assuming ill intentions is rarely a wise move. Perhaps there was a breakdown in communication or a misinterpretation of a message.

We have found on numerous times that there is something else going on in that person’s life which caused them to act a certain way on a particular day.  We have to remind ourselves that what happened is not personal, and not to take as such.

Along those lines when a resident has an issue, and they claim that “they never knew” about sometimes, no matter how many newsletters, publications, hearings, website, or social media posts that were done be courteous and informative.

One thing that I have come to see is that as more and more people get turned off by the toxic landscape of politics at the federal level, the less engaged they are at all levels of government.  For those of us working at the local level, these are our opportunities to hopefully make a positive impression of what genuine public service looks like.