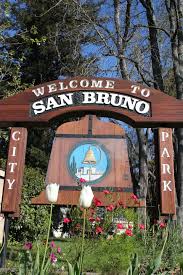 In this series, guest columnists respond to one of three questions from ELGL co-founder Kent Wyatt. This week, Lydia Rossiter, Valley Water, Acting Unit Manager, reflects on the most memorable experience from her 18 years of experience.

Looking back on my 18 years of experience, one accomplishment stands out as a watershed moment for me.

In 2007, in the first decade of my career, I led the development of the City of San Bruno’s $170 million capital improvement program from beginning to end. I completed this project in three months working at an advanced level in an interim capacity.

When I began work in July 2007, the fiscal year had begun but the FY2008 capital budget had not been completed because of a critical vacancy in the Finance Department. This meant that there was a delay in executing projects until I filled that vacancy and could complete the capital budget.

Being unfamiliar with the City of San Bruno’s project portfolio, I learned very quickly about the proposed projects in each department and the City’s financial situation in order to expedite the budget development. I was able to completely and concisely present the proposed projects to the City Manager in a way that facilitated her decision-making.

The capital improvement program experience in San Bruno taught me that I love the challenge of figuring it out and appreciate the skills I gained from having to tackle a complex project in a compressed time frame. I honed my skills in adapting to new environments, taking initiative, and directing my own work when there was no established work plan.

In each new assignment since that time, I gravitate towards that level of challenge and towards providing the same level of value to the organization. I’ve used those “figure it out” skills in many assignments since 2007, including hosting a major bicycle race, a special project for a neighboring town, and most recently at my current position in some very challenging situations.

But that’s only part of the story. The other part is that my story is a story of resilience.

Prior to the San Bruno position, I worked for Mayor of San Jose as a Budget and Policy Analyst in the mid-2000’s. Towards the end of his term, the county grand jury issued a report on the mayor’s actions regarding some contract negotiations and he and my direct boss were indicted on corruption. Less than ten years into my career, my bosses were indicted. It was a shock.

Despite having no part in the negotiations, I was swept up in the scandal. The press coverage was intense. An independent investigator was hired and mentioned me in his report. I was told I might have to appear in front of the grand jury and was horrified to learn I was not entitled to have a lawyer in the room with me. The Council voted to censure the mayor and tried to strip his power by attempting to eliminate his budget for staff. In the end that did not happen, but I was severely affected by the series of events.

Months later, the corruption charges were dismissed, but the damage was done. I wasn’t sure I wanted to stay in public service. I needed some time, distance, and healing. Thanks to the assistance of several key people in our profession and in my personal life, I got back on my feet and went on to continue a fulfilling career in public service.

I tell this story backwards because the success of my achievement in San Bruno is so much sweeter for having lived through the previous dark period. Doing the capital improvement program for the City of San Bruno was a catalyst to finding fulfillment again and moving forward. Yes, the San Bruno capital improvement program is a great accomplishment by itself but recovering from the effects of a serious situation to excel in such a way is even more meaningful to me.