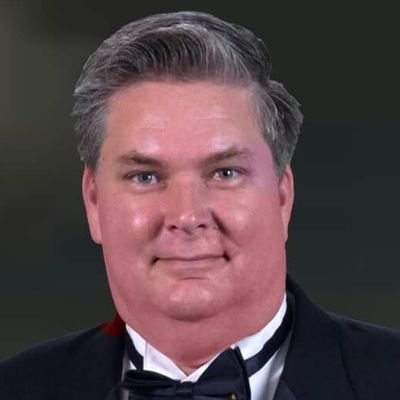 In this series, guest columnists respond to one of three topics selected by ELGL co-founder Kent Wyatt. This week,Clarence Wittwer, City of Pearland, Texas, Public Works Director, breaks down his Twitter handle.

All were great questions but this is my favorite because I get asked this more than you would think. I actually have two reasons why I chose this handle.

The idea came to me a year ago when I was employed by the City of Houston as the Assistant Director over the Wastewater Operations Section. I was responsible for just under 800 employees, a multi-million dollar budget and billions of dollars in assets. Now I give this as some background and not to brag. One would think that an Assistant Director for the 4th largest city in the country would be in a suit and tie, right? Well, I am not that guy.

I was at our offices one day roaming the halls and checking in on the team, dressed in my usual high class style of slip-on leather loafers, faded blue jeans, a City of Houston t-shirt (the exact same one that was issued to the laborers and field crews) and my favorite newsboy style hat that looks like it was mangled by a cat. While making my rounds one of the supervisors from our maintenance section saw me and introduced me to a gentleman he had in-tow who happened to be a new employee.

I reached out and shook his hand while the Supervisor Ray said, “This is Clarence, our Director over Wastewater”. The new team member looked me down, then up and with all seriousness looked me straight in the face and said, “This guy? This guy is the boss? He doesn’t look like any boss I have ever seen before”. I of course responded with the only logical reply “Well thank you, that’s exactly what I was going for!” The moral of the story here is quite obvious, don’t judge a book by its cover.

The second reason is my work history. The days of staying at one company for 30+ years and retiring are over. Hiring managers see this every day with the younger generations in the workforce. There was a time that this was true in most industries regardless of if they were public or private but it is common now for the younger Gen X (I myself and on the older end of that Gen X spectrum) and Millennials to have numerous jobs in their career. In the past this “job hopping” would be a black mark in an interview but I have found this way of thinking to be slowly heading the way of the Do Do.

Until I came to the City of Houston, I was one of those evil job hoppers. I enjoy a challenge and always considered myself a “trouble shooter” so when the opportunity came for the next challenge I embraced it. I honestly believe this makes for a stronger team member. I was actually hired at the City of Houston because of this valuable experience with numerous different types of utility systems and operating processes. Not only would employees stay at the City of Houston for 30 years or more but you would see that many had been in the same department and even the same assignment for most of that time. Unfortunately this makes it hard for change to be ushered in. My experience with so many different systems brought in an outside view that offered options to the “Because we have always done it this way” crowd.

I will end with a quote from one of my favorite book characters, Jack Reacher of the Lee Child novels. In the book The Killing Floor Jack is being grilled by the local Sheriff and the Sheriff calls him a vagrant because Jack doesn’t stay in one place too long. Jack Reacher is quite offended by this and responds with ““I’m not a vagrant. I’m a hobo. Big difference.”

So the next time you job hoppers are getting grilled on your work history in an interview, be proud of your experience and if they call you a vagrant please feel free to explain to them that you are a Hobo and be proud of what you have accomplished in your work travels!