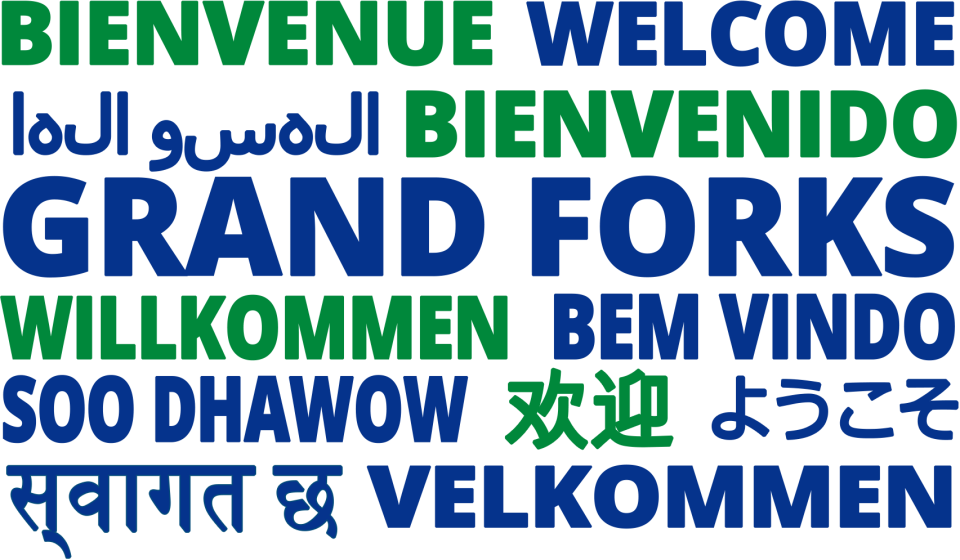 In this series, guest columnists respond to one of three topics selected by ELGL Co-Founder Kent Wyatt. This week, Robin David writes about welcoming efforts in Grand Forks, North Dakota.

Every year, people come to Grand Forks from across the world or from small towns down the road, drawn by employment, good schools, safety, the University of North Dakota, and the Grand Forks Air Force Base. The move offers opportunity both for them and for the community, but only if we make it easier for newcomers to become part of crafting the Grand Forks story. When we remove barriers, when we foster connections, when we ensure everyone has a place at the table, Grand Forks starts can start to feel like a new home. (And, significantly, the community can benefit from what everyone brings to it.)

Two years ago, the City of Grand Forks received a technical assistance grant from New American Economy and Welcoming America to guide our development of a five-year plan to ensure newcomers have opportunities to grow, connect, and contribute here: The Welcoming Community Roadmap.  Nearly 80 people crafted the plan, and over 30 agencies and institutions are carrying it out.

We’ve just finished our first year of its implementation, and we’re delighted to share three successes.

You know where lots of strategic plans go?  On the shelf. We were determined to not let that happen to the Welcoming Community Roadmap. And a year into the project, my own tattered copy of the roadmap is held together with tape and love, like the Velveteen Rabbit. It will never collect dust.

I will openly acknowledge that a 78-point plan might sound unrealistic and unadvisable to some, but with dozens of agencies and institutions carrying the load together, we can get a lot done.  And now, one year into the five-year plan, we’ve implemented 27% of the initiatives and have another 25% underway.
It’s really happening.

Every week, someone approaches me in a coffee shop, after a meeting, or on social media with a sentence that starts, “So I was thinking. . .”

And thinking is great.

Because while carrying out the official 78 initiatives will make a real impact on the community, just as important are the additional efforts the project inspires simply because the issues of inclusion and access are on the table more prominently.

Newcomer rates aren’t as high in North Dakota as in other parts of the U.S., and a project like this allows residents a chance to learn about our changing population and how these changes fit in the context of our local economy, workforce, and culture. And spotlighting approaches by various agencies can stimulate others to think about their own. These types of dialogue are critical for progress.
Whether at meetings or events or out in the community, or on social media with #GFWelcomes, good things happen when people start talking.

Newcomers are increasingly hearing that they matter.

Just this weekend an immigrant shared with me the loneliness she sometimes feels, so far from family and shared culture. “But then I think about this good work that’s happening here, and it helps me feel better.”

Comments like this matter just as much as the data and outputs we are tracking. This effort was crafted by the community, carried out by the community, and now is being guided by listening to the community. That means assessing and redirecting as needed, and also taking encouragement from sentiments such as hers.

Ultimately, the effort is about ensuring people–through events, policy, signage, representation, listening, and more–that they matter. It is certainly not simple work, nor is its reach exhaustive. The history is complicated and the dynamics sensitive, and no strategic plan can remedy everything. By committing to the work as a community, Grand Forks is trying to demonstrate that the work is important–that newcomers are important.

Because this is what the project is all about.  The goal is for newcomers to know in their hearts, “I matter here. I matter to the City of Grand Forks. I am Grand Forks. And I can make a life here.”

The Welcoming Community Roadmap is working hard to make this happen.