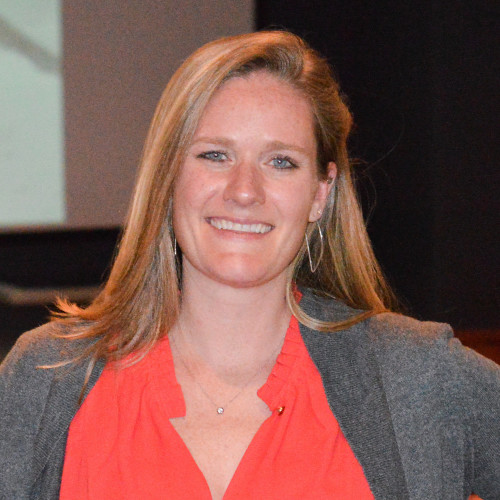 “I’m a management analyst for a local government.” This response to “what do you do for work?” is usually followed by a blank stare. Depending on my level of interest in engaging with the person, which directly correlates to how recently I’ve eaten and whether there is food or drink in this situation, I may follow up by saying, “it’s kind of like a project management role,” or I may delve deeper if the person seems interested.

The job description for a management analyst in the City of South San Francisco includes: providing programmatic, project, administrative, and budgetary support to the department and analyzing departmental procedures and practices to improve operations. Each department can then beef up the description with more specifics. The most accurate and explanatory line in the job description is, “this class series is distinguished from other administrative support and professional classes within the City by the emphasis on the provision of a variety of general and often changing professional staff projects to a department rather than the requirement of a specific technical/professional discipline.” I.E.: the job is always changing, along with the priorities, so you better move fast and be able to figure sh*t out.

My current duties include managing free shuttles and the downtown parking district, working on the $101 million CIP, figuring out how to keep shopping carts from rolling all over town, communicating with City Council about our fleet electrification plan, improving our departmental procurement processes, and a bunch of other little (or big) things that get thrown into the mix, as needed. My boss frequently says, “I feel like I just throw hand grenades into your office and then walk away,” which is not an inaccurate statement.

When I was a management analyst fellow for the City of Los Altos, the job description was similar and other management analyst positions that I’ve applied to in the past had the same basic responsibilities. For people who are not familiar with local government, a job title as vague as management analyst may be hard to understand, especially if the hiring agency sticks to its general class description without providing any project or program specifics. Understanding what may be included in the job duties takes more investigative work on the part of potential job applicants, which could be a deterrent to someone on the hunt for a new gig.

I could argue this is detrimental to an agency’s candidate pool, limits the number of qualified applicants and decreases the chances for a diverse candidate pool. However, many agencies counter they don’t want applicants who aren’t willing to do the research on the department and potential job duties before applying for a job. Many agencies also screen for candidates who are a good fit for the general job classification and formulate a list of eligible candidates in case the same classification opens up in another department within the city.

If our goal is to attract more people to local government, changing job titles may not be enough. A great first step is to provide more transparency in the hiring process, starting with a comprehensive and clear description of job duties and expectations. Adding the infamous “other duties as assigned” doesn’t paint a clear picture of the expectations in the first weeks, months or even years of the position. It’s essential that hiring departments work with human resources to capture a day in the life of a position. Some organizations have developed short videos to aid in their recruitment processes, painting a more complete picture of the culture of the organization and highlighting what they believe are the best parts of working there. This is effective in attracting people to the organization, but a focus on the actual job is more helpful for retention for a particular position. An organization may have a great culture, which can be hard to leave behind, but if an individual hates the job they are doing in that organization, they may look for another position within the company or leave it altogether, leaving the position vacant again.

For local governments, video production may not be in the budget, but it’s easy to have hiring departments list and describe specific programs or projects they envision the new person taking on in the first 6 to 12 months of the job. They can also provide links to those programs, if they exist, which aids applicants in doing research ahead of time. It’s not a huge time or cost investment and it provides a simple means for screening. If an agency has provided resources to potential applicants and they are unable to answer basic questions about those resources on an application questionnaire or during an initial interview, it can serve as a gauge for how committed a person is to the role or how much preparation they have done for the interview.

It takes a lot of time to find the right person for a particular role, but taking small steps to expand your recruitment pool are manageable for an organization and can provide them with a longer list of eligible candidates who would be great for the agency. How good is your agency at recruiting great candidates? Do your job descriptions paint a clear picture of what a new hire can expect to do in their role?