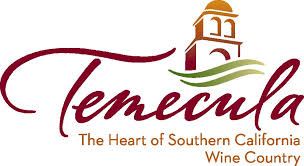 In this series, guest columnists respond to one of three topics selected by ELGL co-founder Kent Wyatt. This week Lynn Kelly-Lehner, City of Temecula, CA Principle Management Analyst, writes how she landed a career in local government.

A career in local government was very far from what I had in mind when I was accepted into my Master of Public Policy Program at USC. I had earned my Bachelor of Arts in Economics and Political Science from the University of Delaware, and my focus was on the European Union, so I had grand visions of working in foreign policy in a cosmopolitan city in Europe. As such, my concentration at USC was International Economic Development.

While exploring internship options for the summer in between my two years at USC, I applied for an internship with the CIA that could have turned into a full-time job after graduation. After a grueling three-month interview process that included psychiatric exams, unexpected interview phone calls early in the morning, a polygraph, and a sudden trip to DC, I was given a conditional offer of employment. The hiring process continued for a few more months while they interviewed what seemed like everyone I had ever met in my life for reference checks. I was a couple of weeks out from my anticipated start date when, unexpectedly, I got a letter in the mail saying they no longer needed my services. There was no explanation. And by law, they didn’t need to provide one.

After a few moments (days) of panic, I decided to stay in sunny Los Angeles for the summer. I asked mentors, peers, professors, and friends for advice about where to look for an internship. One friend had an internship for a municipality outside the City of Los Angeles.  He mentioned that his city had an internship opportunity in the Planning Department and that I should apply for it. So I did. To this day, it is still one of the most embarrassing interviews I have ever been on. I could not answer a single question. My friend, probably out of pity, helped me look at other local jurisdictions to see if they had any openings.

I miraculously ended up with two internships that summer – one in the Mayor’s Office of Economic Development in the City of Los Angeles, and one in the Administrative Services Department in the City of San Dimas. (Home of Bill and Ted’s Excellent Adventures!) While working for the City of Los Angeles sounds glamorous (at least in the government sense of the word), it was the City of San Dimas that had a profound impact on me. I had no idea what to expect out of my internship, so I went in open-minded. I was fascinated about the amount of work it took to run a city. There were many services I had taken for granted my entire life, and I learned that it can take an extraordinary amount of intelligence, collaboration, and hard work to make a city run smoothly.

After an over joyous response from a resident (on recycling bins, of all things), a light bulb went off in my head.  I could have an immediate and positive impact on the quality of someone’s life – even in my position as an intern – working for the local government. That would probably not be the case working n policy in the EU, at least for quite some time. In San Dimas, I was lucky enough to have a supervisor that allowed me to explore my newfound interests, gave me many stretch assignments, tested my abilities, trusted me, and guided me through this new journey in a profession I had never even really considered.

After I graduated from USC and my internship ended, I briefly tried my hand in consulting. I worked in economic development and redevelopment, with clients throughout the State of California. While I enjoyed the challenge of consulting, I knew within a few months that I wanted to work for a local municipality.  After only fifteen months in consulting, I made the switch back to local government, and I have been there ever since.

There have been several times throughout my career, particularly after a long stretch of contentious projects, that I have wondered – is this still the right path for me? And each time, after careful self-reflection, I always come back to the same conclusion – I am exactly where I should be.