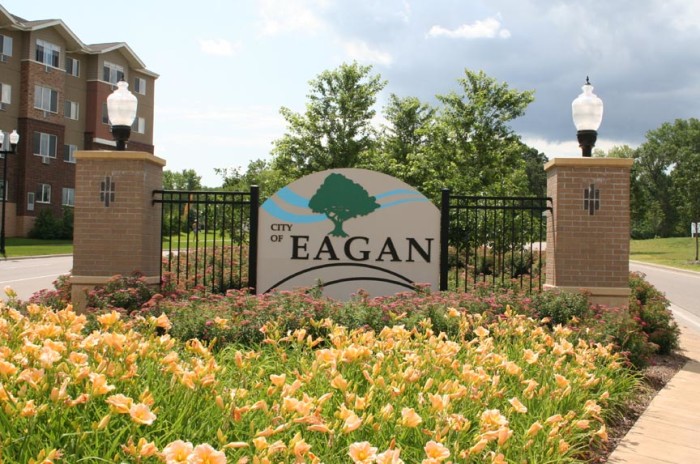 In this series, guest columnists respond to one of three topics selected by ELGL co-founder Kent Wyatt. This week, Crystal Couillard, Strategic & Digital Marketing Specialist, City of Eagan, MN, writes about transitioning to a career in the public sector.

By Crystal Couillard, LinkedIn
What were the three biggest challenges transitioning from a job at SuperValu to working for the City of Eagan?
After spending over ten years working in the private sector, I was a crossroads in my career. I knew it was important for me to find more value in my work. I did not want another corporate job – I wanted a position where I could make a difference in my community and was lucky enough to be able to make the switch to local government communications.
I was surprised by how seamlessly much of my private sector experience transitioned into the public realm. The core foundations of good communication practice remain the same regardless of who the audience is and what message is being shared. I knew there would be a bit of a learning curve for me as I learned new processes and procedures, especially related open records laws and unfamiliar government terms and acronyms. However, there were some additional challenges I hadn’t necessarily anticipated:
Budget Process

I knew budgets would be smaller and more closely scrutinized, with the primary source being tax dollars. However, I did not know that the budget process in government was much more complex than in the private sector. This has been quite the change for me, especially since I work primarily in the area of digital communications. New tools and services are coming online every day, but due to the limitations of both budget dollars and the budget timeline, it can be difficult for government agencies to be as responsive to change as businesses are. Right now, Eagan’s budgets for 2018 and 2019 have already been submitted and will be officially approved by the City Council in the next few months. If the next big thing in social media or digital communication comes along in the next 28 months and has a cost implication (whether for implementation or training), it is likely that my city will not be able to participate until sometime in 2020 at the earliest, whereas a company like SuperValu will be able to jump on board much sooner.
Team of Three
At SuperValu, I was one member of a 150-member marketing team. Everyone was highly specialized in different functional areas. At the City of Eagan, I became one of three members of the City Hall Communications staff. This was a dramatic change and a challenge on a few levels. First off, instead of having a streamlined, singular focus, I now had a much wider scope as a communication practitioner. Next, and probably most challenging for me to adjust to, was the lack of colleagues with a marketing background. In the private sector, I could work directly with graphic designers, copywriters, web developers, brand managers, and more. In the public sector, I am my own designer, writer, and developer. I do miss brainstorming and collaborating with a larger marketing staff, but I also appreciate the opportunity to hone my personal skills in different facets of communications.
Diverse Audiences
Finally, another challenge was grasping the complexity of the different audiences that a government agency is responsible for communicating with. In the retail industry, the audience for any given marketing campaign was clearly defined—there may have been one or two secondary audiences in additional to the primary target market. In local government, there are a multitude of audiences for every message. Within my first year at Eagan, one project I coordinated had over 40 different audiences, each requiring a unique combination of messages, calls-to-action, and communication channels. Developing the most effective ways to reach and engage with new residents, long-term residents, youth, businesses, elected officials, partner agencies, city staff and more will be a constant process.
These challenges can mostly be overcome with a little ingenuity, creativity, and strategic thinking, and in the end, it’s all worth it, as I get the privilege of doing meaningful work as well as knowing my efforts are making a difference in my community every single day.