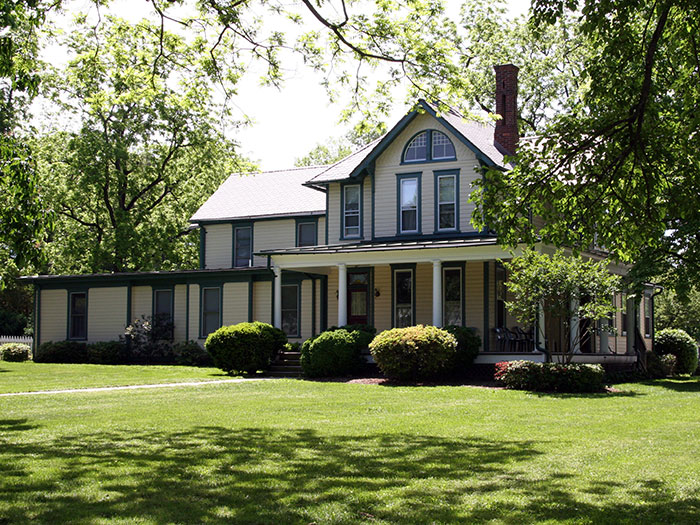 In this series, ELGL members share initiatives, policies, and programs that are transforming local government. Sign up here to share your idea. Previously, Ethan Bagley wrote about addressing homelessness in Los Angeles.

When a city’s population expands, it brings wonderful opportunities, but it can also bring challenges like unemployment, homelessness, addiction, and crime. When a city’s population more than triples, like Gaithersburg, Maryland did when it grew from 8,000 people to 26,000 in the 1970s, those problems can be magnified to a point that’s difficult to see beyond.  Luckily, late Mayor Ed Bohrer was a man blessed with vision.

Responding to concerns from local business owners about vagrancy and panhandling, Mayor Bohrer challenged stakeholders to identify the underlying causes and propose tangible solutions. Treating chemical addiction and giving the homeless a nurturing place to thrive during their recovery was the proposal. And in the shadow of City Hall, Mayor Bohrer and the stakeholders saw an opportunity to restore a piece of Gaithersburg’s history and address community concerns, while also improving the lives of its future residents.

Built in 1895 as a residence, Gaithersburg’s City Hall was the site of a world-famous garden of more than 10,000 peonies for decades before the property was purchased by the City for use as a civic center. The surrounding property is now home to an outdoor concert pavilion, an 8-acre park, and the Wells/Robertson House — a City-owned and operated facility that provides transitional housing for homeless men and women in recovery from chemical addiction.

But “facility” is far too clinical a term for this Victorian house, which has helped to heal hundreds of people since it opened its doors in 1988.  Even though its residents pass through, staying for up to two years, and might hope to never need to stay there again once they leave, the Wells house is much more like a home.

As residents work to graduate the program, which includes reaching a stable point in their recovery, securing a source of income and obtaining permanent housing, they also take on responsibilities throughout the house and share the responsibility of helping others. This includes peer counseling and a requirement that they dine together every night in order to build a sense of belonging. The program’s motto of “A Community Effort” starts in the house as residents and staff alike work every day to improve the wellbeing of each individual as well as the community within. By virtue of what’s taking place inside the house, their actions are enriching the greater Gaithersburg community as well.

(Pictured: A community effort ensures the house feels like a home)

Remember those peonies? When the City purchased the land, many were preserved. Some remained on the grounds, but others were moved across town to Seneca Creek State Park.  As part of the Wells Gratitude In Action initiative, residents are volunteering to work with the descendants of the original property owners to care for the legacy garden — just one of the many ways residents engage in the community and give back to those who are supporting them. There is a wonderful symbolic connection between the preservation and hardiness of these plants and what is needed by Wells residents to be successful in their recovery.

The concept goes even further than just flowers — many City employees in key departments have graduated from the Wells program, including the City’s Homeless Services Division Manager, Jimmy Frazier-Bey.  Jimmy came to Wells in 1988. He graduated … but never left.  In his 26 year tenure with the City, he has occupied nearly every rung of the ladder on the way to his current position, including his current charge as part of a two-man Street Outreach team, which attempts to engage the City’s street homeless and get them into shelters or recovery. In fact, about 85% of the counselors at Wells over the years started out as clients in the program – a testament to its lasting effectiveness.

“Yales and Jails,” Jimmy likes to say, alluding to the fact that Gaithersburg’s homeless population is exactly as varied as the rest of the City, which has been studied as the most diverse in America. But it’s exactly this type of diversity that’s built such an inclusive, welcoming community that would embrace something like Wells in the middle of the City’s backyard — a community that supports this effort not just with the donation of meals and clothing, but with housing and employment opportunities for graduates who might not otherwise qualify due to their credit and criminal history.