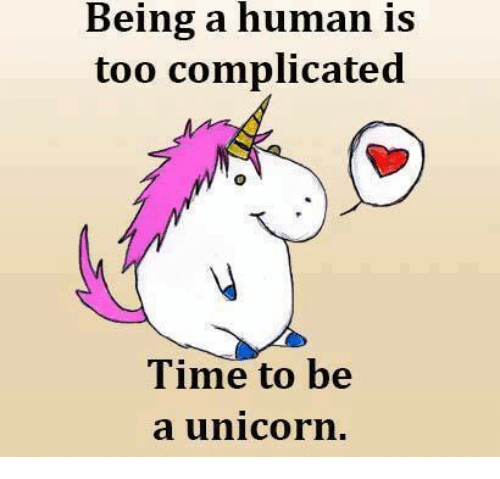 Today’s Buzz is by Susan Steward– connect with her on LinkedIn and Twitter!

What I am watching: Gilmore Girls (Coffee Junkie for Life)

What I am listening to: Black Eyed Peas, “Where is the Love?”

What I am reading: #GIRLBOSS by Sophia Amoruso

As a policy team member, the constant struggle is how to be innovative and helpful to those we serve versus being “too much?” For example, some things proposed are often good on paper, but complicated to a point that no good comes from the initiative and ultimately it fails.

One of the biggest mistakes made is the assumption of “perfect information.” To borrow from economics, this is the idea that all consumers and producers have immediate and perfect information about the market in which they operate. In government, avoiding this trap is increasingly difficult in the 21st century from the rise in social media and connectivity. All too often we can make the mistake of assuming others have the same information as ourselves, when this is not the case.

The second biggest mistake is overcompensation when accepting this “perfect information” fallacy. Therein lies the heart of this post, and one of my favorite U.S. Navy principles, “KISS” or best understood as “Keep It Simple. Stupid.”

Often the most innovative changes come from simply looking at what is there and known. For example, Joy Magano got her start by taking what was a common problem (wringing a mop) and taking what was known (a mop) and asked “what makes this easier?” She went on to create the self-wringing mop, or commonly referred to as the “Miracle Mop.”

The best policies take problems that are known collectively and understood, asks what is the solution and what is known, and builds from there.

Surprisingly the problem that was the basis for our office’s policy release in April was developed organically by listening to the public complaints in various meetings.

Listening and really taking in what is being said is key in determining the demand for a policy change.

We heard several complaints about individuals being challenged in budgeting as there was limited up-front information for their own revenues. This was not always considered the case, and most believe that households have perfect knowledge of their monthly revenues and expenses. I can probably name a ton of mergers/acquisition case studies of the 20th century where a problem was believed to be a small issue, but later determined the demand was significantly higher. Often this would drive firms to seek easy but small solutions that would capture their current and feasible consumer base. Now as policymakers we should ask ourselves, “what is the difference between what businesses do and what policy makers do when trying to be innovative, even when taking this approach?”

It’s not enough to simply design something that is helpful, but how this is communicated to the public is key. I have worked on several policy initiatives since 2011 to see some completely die before reaching discussions, and some get so tied up in the messaging they are beaten down by misinformation or being misunderstood. When governments moved to “open data” portals with posting expenditure and revenue information publicly it was heralded has being “transparent.”

Quickly it became understood that being transparent can also mean being cumbersome and convoluted. Which further infuriates those the policies were meant to empower and leads to response in the form of emails, phone calls, and uncomfortable in-person meetings.

When asked about my favorite intersection of data dissemination, policy, and communication I always point to the Ohio Interactive Budget. It’s a prime example of a policy that aimed to take what was understood (the budget office holds the budget data), the problem (people don’t understand our budget books), and effectively building a strategy or solution (online easy to understand dashboard with the top questions build in). What can policy teams take away from this? That solutions are often as easy as building a story from what is already established and placing it on an easy to navigate and disseminate platform.

Internally, we struggle with this on a day-to-day basis. How to build financial literacy tools that are a simple data dump, and make a difference? How do we come out and develop a useful deliverable that isn’t lost in the vast sea of the internet?

It’s only fitting this post comes one day after “Pi Day!” The date, March 14, or 3/14, is often referred to by many as “Pi” day or the date representation of the mathematical constant, pi. I am a nerd and love this day for all the amazing pie charts that come out from organizations capitalizing on the day. Moreover, this makes a bigger point than most understand from an observational point-of-view, people respond to graphics of data. I could put a table out of the same data, and most likely my tweet would be lost but a data-based graphic will get more retweets and likes. People respond to something visual, and further if they can interact, web developers will tell you their likelihood to continuing seeing things on your webpage increases significantly.

Last year I built a tool in Excel as a policy initiative, but then promptly left for maternity leave for two months. Upon my return, the discussion to take up this tool and release to the public grew

The tool was built on the aforementioned principles of “what is an understood issue,” “what do we know and what exists,” and “what’s the easiest solution but not readily available?” The build in excel was great, but after listening to the public complain about other tools that used excel worksheets they had to download it became apparent this might not be successful if we only consider this method of delivery.

Hi, I’m Susan and I love Tableau. Moreover, I love interactive tools and dashboards that let you manipulate and use the data to build something meaningful. Enter my solution and challenge, building an interactive tool in Tableau!

By interactive I don’t mean, “click here and populate with pre-determined information,” I am talking about “enter something here, and watch this!” When talking with our Tableau representatives, I am sure there were more intrigued by my ambitious nature than anything else. However, after discussing the goals and original design, they were able to direct me to a simple version of something already understood as a base of design. Key lesson to take-away from this, ask vendors about any free template builds or user sharing communities that may exist for their products. Several programs have this option, but it’s not always discussed in request of proposals or software introduction meetings.

There is a learning curve in developing something complicated with a very basic base template, but this is where having a driven team is key. I love the people I work with because they are just that—driven towards success.

There will be hard days, but just breathe and put it down for a bit. Everyone needs to internally reset sometimes, it’s healthy and increases creativity. 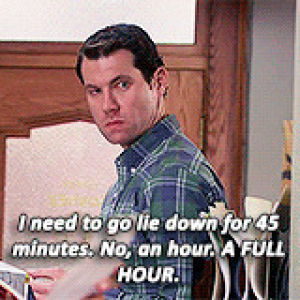 After the key build was complete, testing will be key to success. Running the tests allows for initial feedback in design prior to release. From the field, we aimed to use someone that has never seen, nor been a part of building of the tool. This was the proxy for the target audience; therefore, their feedback would be the key to success.

I am looking forward to our release next month. This policy initiative incorporated several of the key aspects outlined earlier:

There are several aspects that are relatively innovative in the build, but the base is relatively well understood. Pieces are scattered across the internet, and the easiest solution was to bring it together in one place. I felt we held true to the key principles represented and looking forward to others benefiting from the work done. Perhaps learning from our experience may help you as well in your next policy initiative, and remember, “it may seem like an isolated problem, but listen to others and it may not be so isolated after all.”