Give a mug, get a mug: sign up for #ELGLMugs today! 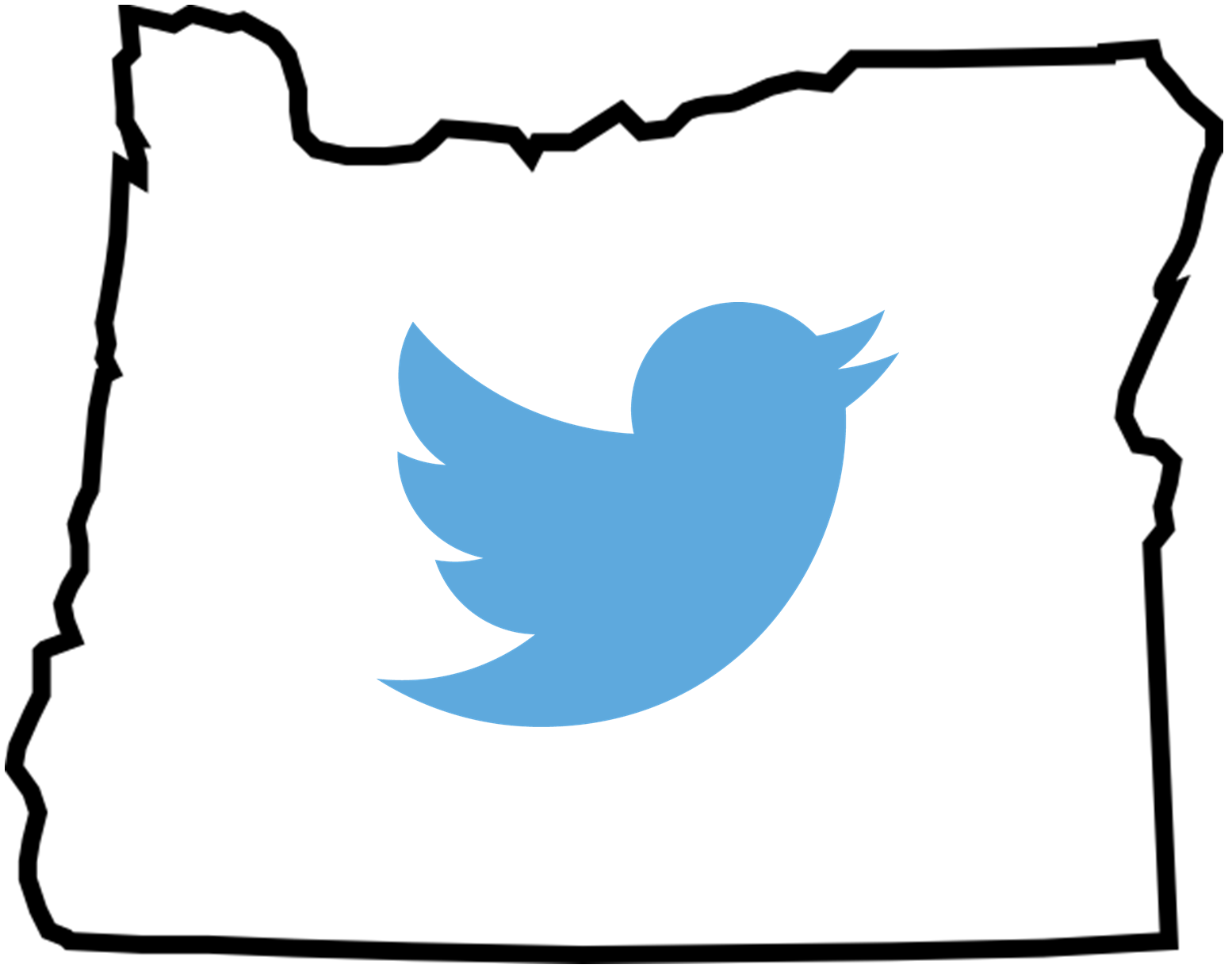 Social media is being used by more and more citizens, and local governments are playing catch-up as we try to figure out how to use Facebook, Twitter, and other platforms effectively.  ELGL has published a few articles on the subject and saw an opportunity to share lessons learned from the “Great Oregon Twitter Race.” In this bi-monthly feature, we’ll give you behind the scenes access to each city’s approach, basically, a “Hard Knocks” type series without football, hitting, cameras, and HBO.

What is the Great Oregon Twitter Race? Towards the end of 2013, Patrick Preston, Hillsboro public affairs manager, decided to issue a challenge to neighboring jurisdictions. They wanted to expand their social media presence and specifically focus on making their Twitter account more accessible and active. So they contacted other nearby cities and a competition was born.  The race was on to get to 2,014 followers in 2014, the first community to get there would be declared the winner and bragging rights would be theirs.

Not only have other cities taken notice of the “race,” newspapers, television stations, magazines and radio stations have highlighted the Twitter race.

What about where each account started at? Well here were the standings on December 16, 2013

Now that we’ve taken care of the introductions, it’s time to hear from the competitors as they respond to the following five questions.

1. What are two strategies you’ve used to increase followers?

2. What are two challenges you’ve dealt with in increasing your Twitter presence?

3. Have there been any unintended benefits from increasing your Twitter presence?

Tigard: I have been surprised by the interest shown by the media, other local governments, and the community. I think it’s partially due to the well-deserved perception that government is slow to embrace new ways to communicate. It also has opened my eyes to what other cities are doing. For example, the Las Vegas city manager hosted a Twitter chat this week.  I’ve benefitted from staff, citizens, and family and friends who want to help out by giving suggestions or tips for increasing Twitter followers. What I’ve learned is there are a whole lot of opinions but it comes down to finding a way to make government news interesting whether through cool pictures, witty headlines, or engaging questions.

Hillsboro: We have seen the Twitter contest inspire coworkers and our community. The competition has given us a significant boost of followers in a short amount of time, including many high school students.

Beaverton: We’ve seen increased media attention from the Beaverton Leader/Oregonian, Beaverton Valley Times, KXL Radio, and KATU to name a few. They’ve provided the city with good exposure and helped us pick up some additional followers.  Now that we’re on Twitter, other departments have begun feeding our team with more news content, which, in turn, helps keep our Mayor and City Council more informed.

West Linn: We were able to get our local weekly paper to write a story (and include a picture) about the Twitter Challenge.  This allowed Twitter users currently following @WestLinnUpdate “to put a face with a feed.”  We have gotten some traction from people in the community who are heavy Twitter users who now can communicate directly with us on issues of concern (most notably in the last week – transportation issues, and communications/outreach approaches).

Washington County: An important goal for our social media work is to open and maintain new channels for disseminating time-sensitive information during an emergency. Increasing our Twitter following only improves our ability to reach out to the public when they need us most.  Another benefit has been providing another channel for communicating with our own employees. If all else fails during a natural disaster, social media may be one of the few ways to communicate about the status of County operations, public guidance about safety, etc.

4. Name a few other Twitter feeds that you think are doing it well and worth following.

5. Give the readers one piece of social media advice.

Tigard: You should be communicating seven days a week via Twitter. Just because you aren’t in the office doesn’t mean you can’t communicate from your iPhone or home computer. Your job may end at 5:00 p.m. each day but your citizens are seeking information beyond those hours.

Hillsboro: Whenever possible, include a photo.

West Linn: We are consistently using the #WestLinn hashtag so we are able to highlight the news in our community, especially when we “live tweet” our Council meetings or share pictures and information about community events.  Patrick Rollens from Oak Park, IL provided some great guidance on the potential pitfalls of using a community name in a hashtag, but we are trying to tweet frequently enough that we are “owning” this hashtag and it’s a way to market all of the great things from our community to showcase and highlight.

Washington County: We try to live by the motto “If it’s worth a tweet, it’s worth a link.” A good understanding of county government and the issues and services involved cannot be achieved through social media alone. Whenever possible, the context and data needed for this understanding ought to be available for followers using shortened URLs pointing to our website or that of a partner agency.

Now Let’s Hear from the Guru

We have recruited Patrick Rollens (@PatrickWRollens) to take a look at each participant’s twitter account to see what they are doing right, what they could improve on, and to pick out a tweet to highlight.  Although he continues to protest, ELGL considers Patrick a social media expert; see his column, Broken Social Scene, and the recap of a great webinar on using social media in government, Social Media in Local Government.  To appease Patrick we’ll refer to him as a social media guru and here is his take on each twitter account:

@CityofTigardOR: Tigard seems to be doing an interesting twist on the local hashtag. Rather than #Tigard for all things Tigard, they’re using #TigardVision to encourage local residents and amateur photographers to share their images on Twitter. Good stuff! This is proof that you don’t have to go the traditional route with a town hashtag.

This feed also tags other Tigard-centric users in its posts, which is great for engagement. Every time you tag another account, it sends that person an email saying they’ve been tweeted about. It’s an excellent little mini-ego-boost that takes virtually no effort on your part and really helps the community mesh together on a platform like Twitter. Here’s an example:

@WestLinnUpdate: The official Twitter page for the City of West Linn is generally perky and upbeat, which is great for driving engagement. The feed also includes plenty of meaty legislative stuff, including play-by-plays of council meetings. This is fine, as long as you’re getting some feedback from followers that they indeed want this sort of content.   I generally don’t think it’s a good idea to troll for followers, so I’d avoid tweets like this:

This doesn’t offer a whole lot of utility to your existing followers, which is what local gov Twitter accounts should be focused on. They’re basically being told that @WestLinnUpdate needs more followers…sad trumpet! Now imagine that that was the only tweet that a busy resident happened to see from @WestLinnUpdate all day long. I’m much more in favor of organic growth in followers based on quality content. It’s a slower process but yields more genuine followers who are less likely to unfollow you after a few short days (or hours!). But I can forgive it this time since these towns are all engaged in a cutthroat competition to accrue more followers!

It’s pretty foggy out there this morning. Have a safe commute! pic.twitter.com/U75BYtwAy8

Tweets like this remind followers that you’re a part of the community and you’ve got their back each day. It’s short, to the point, and includes a photo that displays nicely on Twitter or Tweetdeck.  The feed also links to their own content (that is, event listings on the Beaverton website), which is great for sending traffic back to “the mothership” as we call it in the industry. This sort of cross pollination can be done on Facebook, too. I’m seeing between 2-4 tweets per day on this account, which seems like a good volume of activity. This account is relatively new, and one of the best ways to build up a presence among your audience is by retweeting stuff from other Beaverton-centric accounts. Lastly, I noticed that several other Beaverton-ish accounts use #Beaverton but @CityofBeaverton doesn’t make use of this hashtag. Start using it!

@WashCoOregon: This feed is fairly utilitarian, focusing mostly on providing resources and directing followers to other sites and feeds for more information. Given that this organization is a county overseeing many different municipalities, I can see how this can provide value to followers. However, it lacks a clear voice and personality, which means it’ll be easy for Twitter users to lose @WashCoOregon in the tidal wave of tweets that show up in their feeds each day. But then again, maybe that is the best way for a county-level Twitter account to operate? Just thinking out loud here, but maybe the purpose of @WashCoOregon is to shine the spotlight on the many organizations that make up the county? If that’s the case, then this tweet is a great example of that on the local level:

That is someone’s son, grandson, nephew, etc. And it directs users back to the Oregon County website for more information on the titular lake! I also noticed that Washington County boasts no fewer than three separate Twitter accounts, each dedicated to a particular service: @WashCoOregon, @WashCoRoads, and @WCSheriff. The sheriff thing I get, because it’s a political office as much as a public safety agency, but I’m generally not in favor of splitting your audience like this.

@CityofHillsboro: Not every tweet has to include a link or a call to action. Sometimes you can just use those 140 characters to wax eloquent about your town or organization. Check out this tweet from @CityofHillsboro:

That’s a really nice end-of-the-year tweet. It should resonate with your local followers and leave them excited for 2014.

Also, I’m really digging the vintage photography that a lot of these Oregon Twitter feeds are posting. Photos – especially vintage, sepia-toned pics of your downtown 100 years ago – are super for driving engagement and garnering retweets. The fact that most towns are literally sitting on a treasure trove of this stuff  means we should all be doing more of it, ideally with a fun hashtag like #throwbackthursday. Pardon me, I need to go dust off some microfiche and see about starting my own vintage Twitter archive for @vopnews.

Knopes of the Week: City of Hillsboro and Hillsboro Hops

The Transition with Patrick Preston, City of Hillsboro

The Takeaway with Barbara Simon, City of Hillsboro Public Affairs