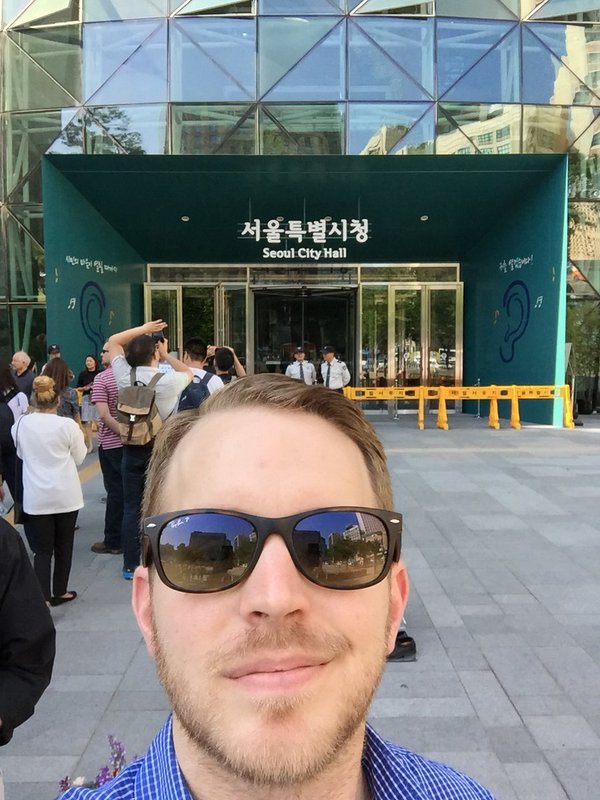 This is the fourth part of a series following an MPA study trip to Seoul, South Korea. Part I: Studying in Seoul with Trevor Minyard, Part II: Seoul Solution, and Part III: To Live and Work for the Benefit of All Mankind

Hello Friends! Day 2 was a whirlwind of lectures and a great field visit cruising the Han River running through Seoul.

Our group spent a good part of the day reviewing the unique housing policies of the Seoul Metropolitan Government. In yesterday’s blog, we learned Seoul is concerned with the betterment of all of its citizens. Today we’ll heed the wisdom of King Sejong the Great’s again as it relates to the lower privileged demographics of society, “The common people are the foundation of any country. It is only when this foundation is strong that a country can be stable and prosperous.”

Due to its high population density, over 97% of residents in Seoul live in apartment complexes. A large portion of Seoulites reside in these apartments through a “lump sum rental” structure that requires tenants to pay 10 times their annual salary up front for a multi-year lease. This payment is then invested for the benefit of the landlord. At the end of the rental period, the landlord keeps the property and the interest, with the tenant receiving back their original lump sum payment.

It’s easy to see how a disenfranchised portion of the population in Seoul would be unable to secure housing with such stringent rental practices. This reality has emboldened the Seoul Metropolitan Government to implement a variety of housing solutions for their people. Specifically, from 1998 to today the government has done the following:

While Seoul still struggles with the traditional challenges of public housing in large cities across the world, their unique plans are being used to accomplish what the city defines as a “100 year goal of sustained housing environment for all its citizens.”

Next time, we will touch on Seoul’s parks development, and transportation system. As always, keep up with me on Twitter (@trevorminyard) for more content!

Program and employer: Master’s of Town and Regional Planning

What are you most excited about: Learning about Seoul’s transportation and environmental policies. I believe it’s very similar to the capital of Columbia. Specifically I want to learn about their views and strategies environmental planning.