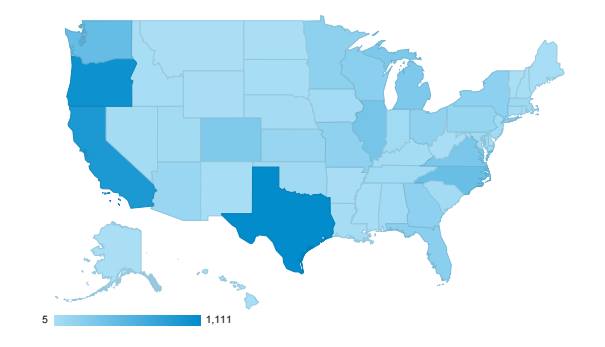 Mike Ekey, City of Raymore, MO, is our analytics guru. Each month he breaks down our website data. A few takeaways this month:

The above maps shows the states where our website visitors are coming from.

Busiest day of the month for the website was January 13.

Most Viewed Articles in January

Similar to a movie receiving an Oscar’s bump, the top 10 articles in 2015 received a bumped throughout January. You’ll notice three of these articles were on the top 10 list in 2015.

White House Social Media Strategies You Can Use

Millennials Are Not Adults

Cortney Cox, City of Tualatin, OR

Kristi Wilson, City of Hillsboro, OR

Melinda Anderson, City of Tualatin, OR

Robin Hostick, City of Eugene, OR