An Informational Interview with Stephanie Betteridge 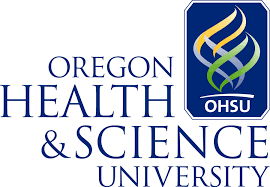 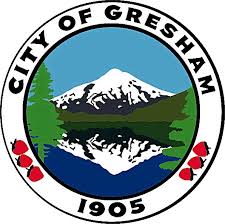 Stephanie Betteridge attended the University of Oregon and got her degree in Geography and Environmental Studies. After school she did mapping and analysis for the Bureau of Land Management but continued on and got a job with the City of Gresham. When she started with the City of Gresham she was doing GIS and mapping work but shortly became responsible for maintaining parcel database and worked in planning, acquiring addresses and street names. After gaining some exposure to other projects Stephanie got an opportunity to work across the city in the city manager’s office doing performance measures. Stephanie’s tenure with the City of Gresham lasted for 7 years until she found herself at OHSU where she currently serves as Project Manager in the Center for Evidence-based Policy at the Oregon Health and Science University. Oregon Governor John Kitzhaber started the center, which has since branched out to other states. Stephanie’s policy center works with the State of Oregon and these other states to help them make evidence-informed decisions, mainly regarding their Medicaid programs. They do a lot of systematic evidence reviews so that policy makers in the Medicaid programs are able to make the best decisions based on effectiveness and the safety of their beneficiaries. With limited budgets they must make the best decisions they can with their dollars.

Stephanie works primarily on two projects. One is the Medicaid Evidence-Based Decision Project and the other is the Drug Effectiveness Review Project. These two projects have between 9 and 11 collaborative states that pay dues and set and drive their own work plan. You can read more about these projects here:

JG: How did you hear about the position with OHSU?

SB: I heard about it through someone who knew somebody who worked there and that it was a great place to work. I think what really appealed to me was that it combined policy and project management. Public service is something that has always been pretty important to me and health care is just an area where there is a huge need for dedicated people to help solve problems. It is probably the biggest problem our society is facing at all levels.

JG: How long have you been here?

SB: I have been here just a little over a year.

JG: What are your thoughts on the job so far?

SB: It is very engaging. And I’m still climbing the learning curve because it is so big and it changes so much.

JG: Can you give an example of what may be asked of your department?

SB: We have evidence reports that we do; they say these are our hot button issues – these are areas where we need to make decisions – or there may be some new drugs or procedures or something in this arena and we need to make decisions about them. So, we need you to put together the evidence and evaluate the evidence. Because we know that all evidence is created equal and gives us a tool we can use to make better decisions. We don’t tell them what to do that’s up to them to make the best decision for their state because it may be different for different states. We give them the tools so that they can do that. One of the huge benefits is the collaboration. We have calls twice a month and two conferences twice a year where they get together and they just help each other. A ‘how can we assist each other?’ sort of thing.

JG: Do you consider this work to be challenging?

SB: It is. And I guess what I feel good about is that it is a social service. It is Medicaid. States get to make their own decision on how they implement it. There is certainly federal guidance on what they have to do and what they can’t do. There are not enough resources to meet the need so you have to make the best decision that you can for incredibly emotional issues. You have to say, I will pay for this but I won’t pay for this — they can’t pay for everything so they use evidence to make the best decisions that they can.

JG: Is that tough on you at all?

SB: I am sort of one step removed so I don’t get into the personal cases

JG: What advice do you have for current job-seekers or anyone looking to expand their professional network?

SB: I think being active in groups like ELGL and networking is an excellent opportunity for someone in the job search to talk to people who are in that field to see if they may be interested. We all have perceptions of what things are but just to get the inside scoop. Every job I’ve ever gotten is because I knew somebody who knew somebody who worked somewhere. And they’ll be able to say I’ve worked with this person and they were great.

SB: I think it is key. Something else that I did in my early years of GIS, when I knew I didn’t want to stay at the BLM forever, I knew I wanted to start exploring other avenues so I got involved in a group called Women in GIS. I met some great people and we worked on some really cool projects together. We did one for the Humane Society, where we took all of their adoption data and drop off data and conducted an analysis of where the pets are coming from and where they are going so that they could target advertising or educational outreach programs to these areas.

Another piece of advice I gave someone recently is that when you are in a work place, opportunities may come up and they may not be your favorite thing to do but more often than not when I have taken a random opportunity or volunteered to do something, it has usually paid off. There may be things that are not necessarily where you have a huge strength or where you have an expertise or where you have a passion but sometimes the willingness to take on something new and try something out pays off. But you have to have your values, and as long as the decisions you make stay within your set of values you’re not going to steer wrong.