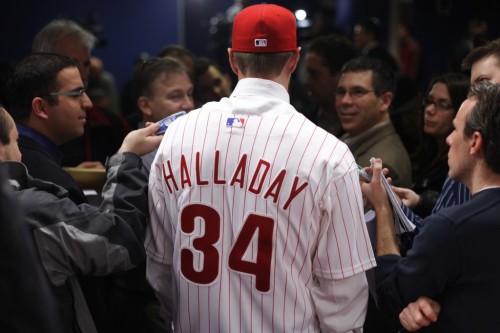 Americorps VISTA at United Way of Northern Nevada and the Sierra

Author of “MPA from My APT”

An on-campus or online MPA? A decision humans have struggled with since the beginning of time. Well, struggle no more, ELGL blogger Josh Halladay is sharing his distance learning experience at the USC Sol Price School through the feature “An MPA from My APT.”  As online programs grow more and more popular, Josh’s experiences will resonate with our ELGL members and followers who seek an advanced degree from the comfort of their home.

Part I: USC MPA from My APT

Part II: Networking Your Butt Off

So what’s the deal with Josh? Does he just really like the computer? Why does he have a Brett Favre fathead in his room? Here’s the down low, Josh grew up in Oregon.  He became involved in the politics in high school, interning for the Sam Adams Campaign for Mayor and continued by working in the Legislature, for a community organizer, and returned to Mayor most recently with the Charlie Hales Campaign.  He’s also a die-hard Minnesota Vikings fan and loves to talk football.

Now that we have given the 4-1-1 on Josh, ELGL hopes and prays that Josh is not “catfishing” us.