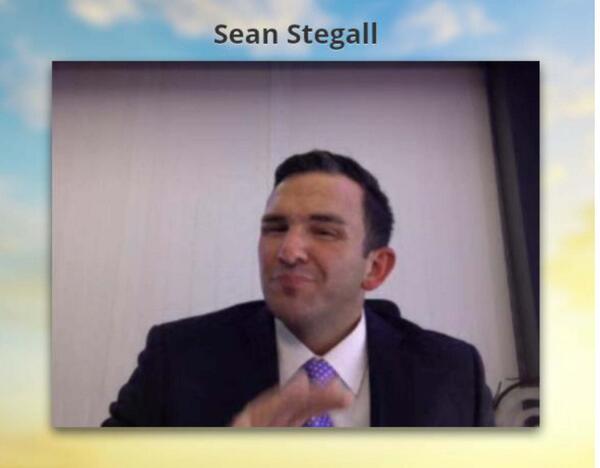 Prior to his appointment in Elgin, Sean served as Assistant City Manager/Director of Administrative Services for the City of Batavia, NY. Sean was responsible for serving as the City Manager’s primary aide in executing the city’s administrative affairs.  As the Director of Administrative Services, he was responsible for directing the Bureaus of Clerk-Treasurer, Personnel, Finance, City Assessment and Information Systems.  In addition, he served as the city’s personnel officer, risk manager, purchasing agent, chief financial officer and information technology administrator.

Sean served as a consultant for the Wisconsin Office of David M. Griffiths & Associates providing cost accounting and financial analysis for cities and counties throughout Wisconsin.  Prior to this assignment, Sean was the Graduate Intern for the City of St. Charles, IL.

Sean graduated from Western Illinois University with a bachelor’s degree in political science in 1995.  He received his Master’s in Public Administration from Northern Illinois University in 1997.  He is a 2004 Graduate of the Senior Executive Institute at the University of Virginia.  He has also earned recognition by the International City/County Management Association as a Credentialed Manager.

Our heads are still ringing from Sean’s presentation. Sean came out like a prize fighter during the webinar, hitting us with knowledge from beginning to end. It is safe to say we now feel inadequate about our social media skills. Not only is Sean proficient with main stream social media outlets such as Facebook and Twitter, he continues to incorporate new technologies such as Chatter into his daily work. The takeaways from the webinar were numerous and listed below. Many thanks to Rock Island assistant to the city manager Ben McCready for coordinating this webinar. Now onto the highlights….

Elgin’s use of social media is on the cutting edge of local government communications.

Elgin wants to “adapt, not be rigid, and go with the flow.” Smart, flexible, and timely advice for local government communications.

Sean and his staff “seek support rather than agreement.”

Elgin, IL has had a “journey” in the use of social media. Their social media presence has helped share info and spread the feeling that city wants to be interactive.

A blizzard dumped “seven million inches of snow” on the Chicago-land area, which was the first widespread use of Elgin social media.

The winter storm allowed Elgin to communicate and to identify service needs. Provided a higher level of service due to social media.

Use social media to share a more “human side” to a city manager. (FYI: Eric King, Bend city manager, has joined the Twitterverse.)

Sean says “sending out a message that we are interested in engaging the community, but not a replacement for getting to know people on a real level.”

Sean is getting real-time texts from his Elgin staff who are on our webinar about presentation details.

“The jobs we have into the future will rely on technology which will be more challenging,” according to Sean.

Stegall’s philosophy: “let’s just tell the truth – and level with people in a way that’s not over-thought.”

Another example of Elgin social media use: engaging community on complicated financial issues.

Interesting: Stegall has moved away from live communicating on social media during meetings because he wants to focus on the meeting attendees.

What’s next for Elgin, IL communications? Use of #Chatter – “it’s like Facebook on steroids.” An internal collaboration tool.

Stegalls strives to make people connect better and work smarter by working across departments and breaking down barriers.

Most important communications lesson: know thyself. What are your strengths and weaknesses? If not self aware, cannot effectively communicate.

Sean says, “people rarely remember what you said, but they always remember how you made them feel.”

“Leadership on the Line” by Marty Linsky is a Sean Stegall recommendation. And a commercial break.

“If you are having a problem connecting with someone, then you are part of that problem.”

“People just don’t read anymore -” perspective on the state of public affairs in this day and age from Sean.

“Err on the side of saying what’s on your mind.” More advice from Stegall on taking risks and sharing information in local government.

“Be straight with people. Don’t over manage it. Give information in a way that connects with people.” Local gov’t communications advice.

Budget and finance is Sean’s background so he has found a way to share this information clearly from the city manager’s office.

Opinions about communities difficult to change in short term, so important to have a long range communications plan like the 311 project.