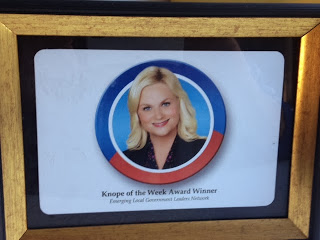 And the winner of the Knope of the Week is………..

Professor, School of Public Affairs and Administration, University of Kansas

John specializes in human resources management, having co-authored a text now in its sixth edition. John developed an interest in local government after joining the program at KU, and he has taught every full time MPA student specializing in local government since his arrival at KU. John has developed special relationships with MPA alumni, and he frequently is invited to work with local government officials throughout the United States.

He regularly works in executive development programs at the Universities of Virginia and North Carolina. He also has presented his work in Canada, the United Kingdom, and Australia. John is the recipient of numerous national awards and recognition from KU for his teaching, research, and service.

In addition to his academic accomplishments, John served on the Lawrence city council for eight years, including two terms as the council’s mayor. John has chaired the board of trustees for the public library in Lawrence and also serves presently as board member of the Willow Domestic Violence Center. John’s present research interests focus on contemporary trends in local government and the relationships between the arenas of politics and administration.

Listed above is just the beginning of Professor Nalbandian’s accomplishments in public administration, and now, he can add one more accomplishment — inaugural presenter for the Midwest ELGL chapter. Unfortunately, we don’t have a trophy or large sum of money to reward him with, but we do have our sincerest thanks to provide him.

If you missed the webinar, here’s a refresher – Webinar: Politics vs. Administration with John Nalbandian, University of Kansas. And now, let’s hear the takeaways from those who tuned into the webinar.

When speaking about what is necessary for a functioning government, Dr. Nalbandian said, “consensus on values is more important than form.”  There is an opportunity, especially at the local level, to educate elected leaders about how the four primary political values (representation, efficiency, social equity, and individual rights) relate to efficacy. If we only do new councilor orientation we have stopped short.

Through our MPAs we’ve all learned about the political-administrative dichotomy but the “gap” managers have to work in is often over looked. Professor Nalbandian did a great job illustrating our role as managers to bridge that gap. I also really liked how he responsiveness as a math equation; Responsiveness = Representation /Participation + Efficiency/Professionalism + Social Equity + Individual Rights. when you think about the concept of responsiveness this way you, you can see it as the sum of its parts; each playing a role. Thank you for a very well thought out presentation. 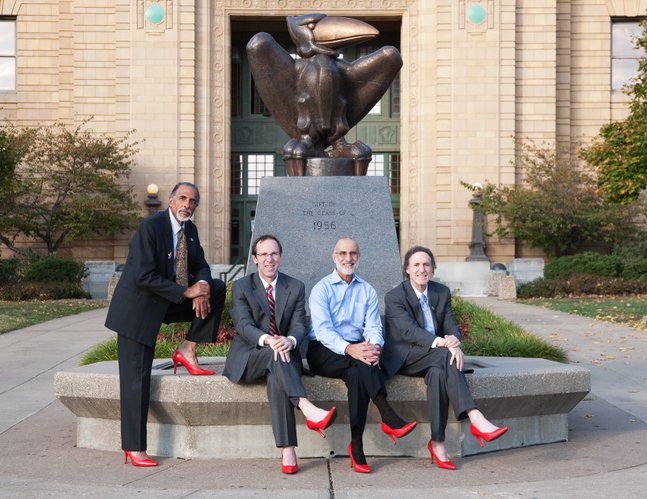