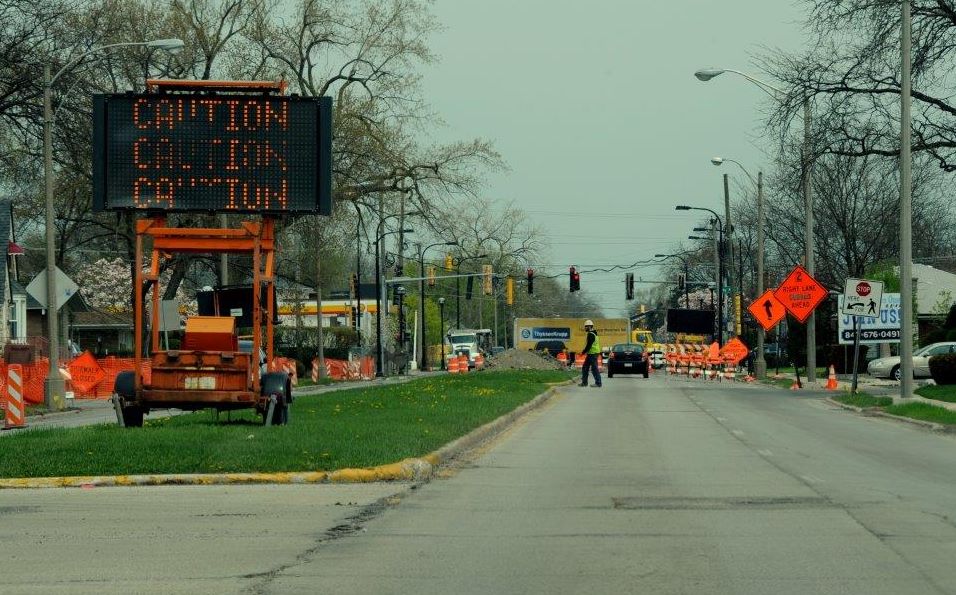 In the continuing #LocalGovSolutions series, Douglas Petroshius, Lincolnwood, IL assistant village manager, writes about five approaches to funding infrastructure.
By Douglas Petroshius – LinkedIn
Public infrastructure is a constant challenge facing all municipalities. The expenses are high and construction costs continue to escalate. Further, many types of improvements are not visible by residents (i.e. water, sewer) and therefore they are not popular topics in public discourse. But everyone in government knows that infrastructure is critical to the health, safety, and welfare of the Village and therefore many hours are spent in public meetings discussing how public funds are going to be spent on infrastructure. Below are five methods I have seen Illinois municipalities fund infrastructure projects:

Sales Tax – Generally speaking Illinois municipalities have a broad range of control when it comes to funding public infrastructure projects. Part of this is due to Illinois sales tax laws. In some states the State collects all sales tax and then distributes the sales tax to the respect local governments by per capita or some other means and the municipality is not allowed to levy its own sales tax. In Illinois, municipalities receive none of the state-collected sales tax and instead are allowed to levy a sales tax of up to 1%. This sales tax can fund most general operations-type expenditures, but in the case of some communities that have commercial enterprise which produces large amounts of sales tax (regional shopping centers, car dealerships), portions of the sales tax is earmarked for capital infrastructure projects.
Special Taxes (Home-Rule and Non-Home Rule) – Home-Rule is an authority granted to the municipality by the State of Illinois (at populations of at least 25,000 or by referendum) that allow the municipality to levy a separate tax that can be earmarked for infrastructure funding. For example, the Village of Lincolnwood, Illinois has a $0.03 per gallon Gasoline Tax which generates approximately $600,000 per year and is a dedicated revenue sources for Lincolnwood’s annual road resurfacing program. This type of special tax is also supported politically because there is a rational nexus: those who drive on the roads pay for the maintenance of the roads. As a home-rule municipality Lincolnwood did not have to go to the voters to pass this tax. It was performed with some public discussion and the adoption of an Ordinance. Non-Home-Rule municipalities can adopt a similar Non-Home-Rule Gas Tax but this type of tax has to be approved by referendum. This limitation for Non-Home-Rule municipalities makes funding public infrastructure projects much more challenging.
Special Service Area (SSA) – The Village of Clarendon Hills, Illinois is a small, non-Home-Rule suburb of the City of Chicago which does not have much commercial enterprise and no special sales taxes. Instead it relies on creating an SSA of a given improvement area (e.g. several blocks of residential) and thus adds an additional amount of property tax on all properties in the SSA which pays for the improvement in the areas. By State Law the SSAs can only last for 20 years. After the SSA expires the additional property tax levy disappears.  Although increasing property taxes is never popular, the residents paying the tax experience a direct benefit from the infrastructure improvements and therefore it can be perceived as a fair tax.

Fees – Some municipalities adopt fees to fund their infrastructure improvements. In the case of Lincolnwood, Illinois, the Village adopted a $1.00 fee for every gallon of water purchased to pay for sewer improvements. Fees are a useful mechanism because they are only paid at time of service. The less water you purchase the less fees you pay. In regards to water and sewer funds, the economic downturn has had an adverse impact on these funds. The disappearance of critical facilities (i.e. a hotel) which used to consume large amounts of water can cause the funding for such improvements disappear and place constrictions on funding.
Debt – Some municipalities with reliable funding sources (i.e. property tax revenue) rely on debt to pay for its infrastructure. Home-Rule municipalities are authorized to issue General Obligation (GO) Bonds without a referendum. Some Home-Rule municipalities will routinely issue debt to fund their infrastructure improvement projects in order keep their infrastructure up-to-date. Assuming the municipality has a good credit rating and therefore can receive low interest rates, the issuance of annual debt can be an effective method for paying for infrastructure. For Non-Home-Rule municipalities, and Home-Rule municipalities that do not want to issue GO bonds, other agencies can provide affordable debt mechanisms. For example, the State of Illinois administers a Federal Revolving Fund for water and sewer related projects through the Environmental Protection Agency (EPA). The interest rates can be as low as 2% for 20 year terms, which is a better interest rate than what some municipalities can receive using GO bonds. Further, Non-Home-Rule municipalities do not need to go to referendum for EPA loans.
Conclusion
Once again, none of the methods for funding infrastructure are publicly popular but everyone knows that if you do not spend money on infrastructure today, the projects will accumulate and the costs will be greater in the future. As staff it is our job to thoroughly review all options and present them to our Boards and Councils. Staff needs to be strategic and never hold back from making politically unpopular recommendations. We should also be on the look-out for grant opportunities. These funding sources are usually only one-time expenses without reoccurring revenue streams, but they can provide unique opportunities for collaboration with other municipalities.